Back in the day when Ballyshannon had 14 arches on its old bridge that crossed the river Erne, it was one of the greatest salmon fisheries in all of Europe.

And fly tiers, Michael Rogan and family, were located at what is now the site of the Ballyshannon Credit Union. They were famous throughout the world, as fly tyers and fly dressers, with amazing skills and dexterity. There is not a fly fisher in the world who has any knowledge of history of fly fishing, who would not know of the Rogan's.

But now thankfully, traditional Irish salmon flies from Donegal and across Ireland, commissioned one hundred and twenty years ago for the Cork International Exhibition in 1902, are to feature in a new historical picture book from Inland Fisheries Ireland.

Fly tying involves the ‘dressing’ of a fishing hook to create an artificial fly, which is then used by anglers at the end of a rod and line to catch fish.

It’s a little-known part of Ireland’s heritage but many angling shops in Ireland in the late 1800s and early 1900s employed ‘fly dressers.’

Some were considered masters of their craft, thanks to their skills, creativity and the traditional methods that they used.

In recognition of the cultural importance of the craft and to record examples, a collection of traditional fly dressings was commissioned in 1902, with specific sets of flies collected for each of the twenty fishery districts throughout the country, including Donegal.

The current custodians of this important collection, Inland Fisheries Ireland, has published the picture book online recently, making it freely available to new generations around the world For the 1902 Exhibition, the salmon flies for the Ballyshannon and Letterkenny districts were tied by the famous fly dresser Michael Rogan from Ballyshannon.

A total of 20 flies for the Ballyshannon district and eight flies for the Letterkenny district were tied by the late Mr. Rogan and are now included in the new online book titled ‘The 1902 Cork Collection of Salmon Flies’.

One of the most renowned salmon flies in Ireland is the ‘Fiery Brown’. The fly is famous for the particular hue of the materials used by Rogan, which were dyed a reddish brown colour known as ‘Fiery Brown’. Many other fly-tyers tried to imitate this colour, and there has been much debate and intrigue over the years as to how he achieved this particular hue.

Shane O’Reilly of Inland Fisheries Ireland said: “This new book offers a unique glimpse into Ireland’s past, putting a spotlight on traditional salmon angling in Ballyshannon, Letterkenny and the other fishery districts of the era.

Each of the flies showcases the detail and beauty of traditional Irish salmon flies and the wide range of materials and techniques used by Irish fly dressers at the time.

Many of those fly dressers are now revered around the world for the quality of their craft, so this collection is of significant cultural importance too, and is now available for the next generation to discover.” 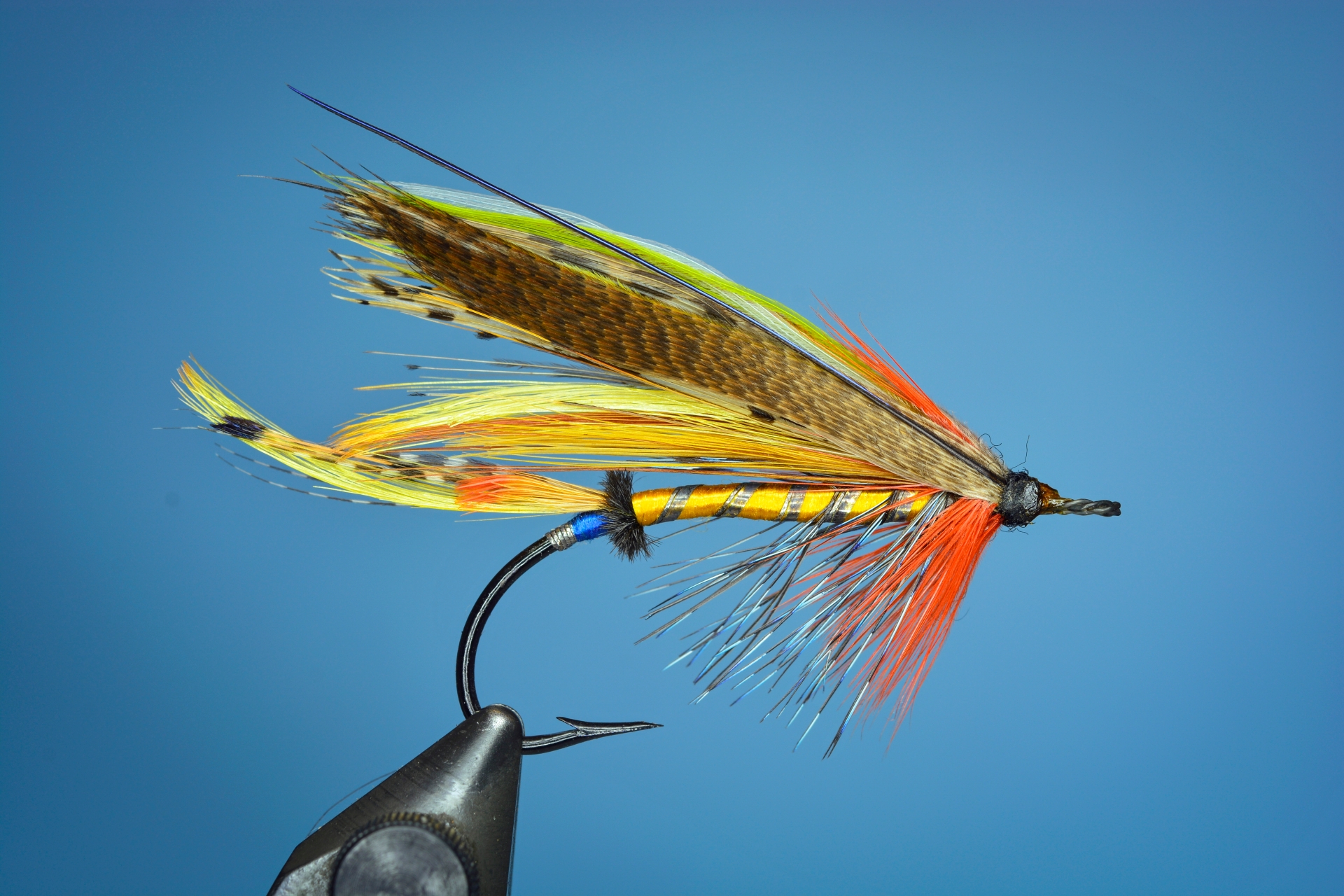 Over a hundred years after the Cork International Exhibition took place, interest in the collection was re-ignited by angling author, the late E.J. ‘Ted’ Malone, who described the collection as a “long lost treasure of Irish Angling”.

Malone worked alongside Peter Kealey and Peter Dunne, all fly tying experts, to meticulously examine, photograph and record the various fly dressings. Sadly, Ted Malone passed away in 2017 and the book is dedicated to his memory.

Patterns and descriptions of over 380 individual flies can be found in the book.

These include the ‘Fiery Brown’, ‘Yellow Jay’ and ‘Deadly Bobber,’ all of which were tied for fisheries such as the River Erne, River Bundrowes, Lough Melvin, River Glen, River Eske, River Eany, and the River Bunduff, in the Ballyshannon district.

Once again, Mr. Rogan’s ‘Fiery Brown’ is amongst the best-known flies in the Letterkenny district, which also includes the ‘Golden Olive’ and the ‘Olive & Claret’. These flies were tied for use on the River Owenea, River Gweedore, River Crolly, and the River Lennan.

Inland Fisheries Ireland is exploring ways of putting the original collection on display once more and members of the public are being encouraged to contact the state agency with any suggestions they may have.