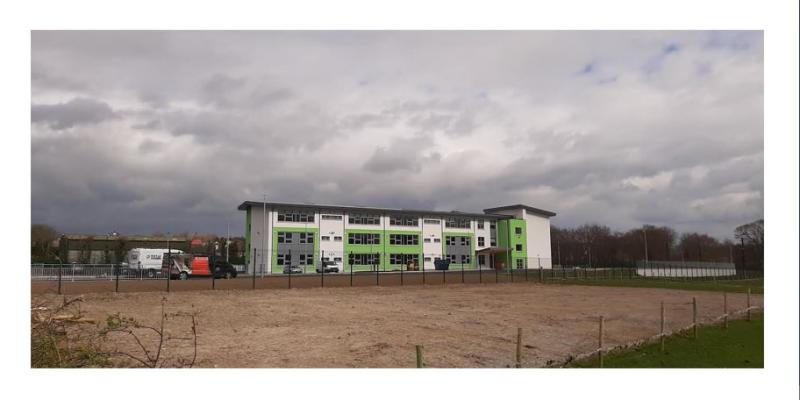 Footpaths leading to a new €8 million national school in Stranorlar are totally inadequate, according to a local councillor.

Raising the issue at Tuesday's meeting of the Lifford-Stranorlar Municipal District, Cllr Patrick McGowan said he feared congestion and a lack of adequate footpaths in the McClay's Corner-Mill Brae Road areas could lead to potential accidents because of the result of the increased volume of traffic and vehicles once the new St Mary's National School opened.

He expected it would be open in the next few weeks yet they found themselves in the "unbelievable situation" that there were no proper footpaths in place and people had to criss-cross the road to stay safe.

Future potential of developing Raphoe Castle is being explored

Preliminary scoping exercise has been carried out

This was not including 40 staff and hundreds of pupils and parents that would be in the area too, he said.

"Cars and people have already to run the gauntlet as there are two lines of traffic coming from three different directions at any given time.

"The road is also used as a bypass around the Twin Towns, not to mention the traffic generated by people using the swimming pool of the Finn Valley Centre.

Work continues this week on getting footpaths ready for the opening

This school has been planned for at least 20 years and it's ridiculous now to find there will be no footpaths to cater for the increased use. The short-term footpaths are not even in place yet.”

The council's roads engineer, Claire McGeever said work was progressing in the Mill Brae area on both sides of the road and other plans in place would run their course in time.