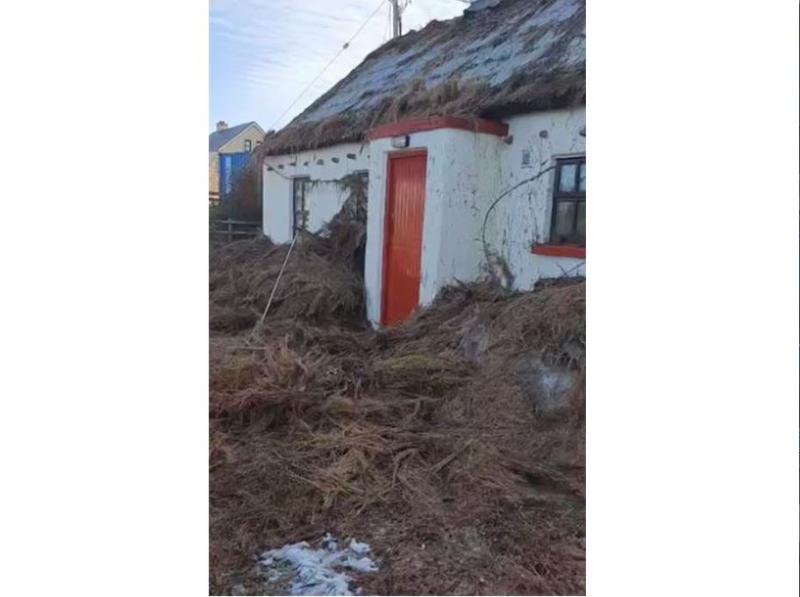 The remains of the cottage in Mullaghduff

He said he and the community in Mullaghduff were furious that a thatched cottage was almost destroyed because of poor access to water in their area.

"I want to commend the locals and the fire brigades for saving this place. It could have been much worse. I am told that when the firemen went to get water from the hydrants, a number of them would not work. They could not get access to them and that's not good enough. This could have been a very different story.

He added that locals had to go on the roof to stop the fire.

"I have been in contact with Irish Water in relation to this. I was looking for a map that showed the hydrants in the area. I wanted to know after the big fires we had in this area in recent times. I was told that under data protection legislation this information could not be released."

"This is not good enough, Irish Water must explain this to our community," he said.