Another boat prevented from landing in Killybegs

"Now this is just getting silly" - IFSA chairman 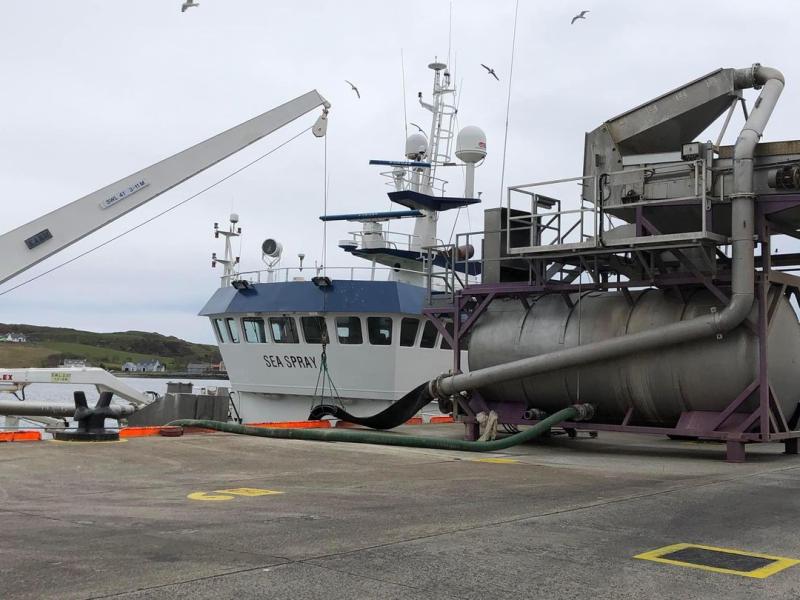 Another fishing vessel has been denied access to landing its blue whiting catch in Killybegs and according to the chairman of the Irish Fishing and Seafood Alliance (IFSA), Cormac Burke, "this is just getting silly".

Mr Burke has hit out at the continuing actions of the Sea Fisheries Protection Authority (SPFA) and its enforcement of landing rules.

"This morning, for the second day in a row, a vessel has been denied by Ireland’s Sea Fisheries Protection Authority to undertake the Europe-wide accepted standards for landing blue whiting for human consumption processing.

"Cork pelagic vessel Sea Spray was told it would have to undergo the practically ‘dry weigh’ monitoring of its catch and now this fish will instead go for fish meal production.

"Unsurprisingly this comes less than 24 hours after Minister McConalogue told a public meeting in Killybegs that he 100% supported the work of the SFPA and of the two senior officials at the Department of Marine," he said.