Shaun Doherty talks about his new life in a podcast 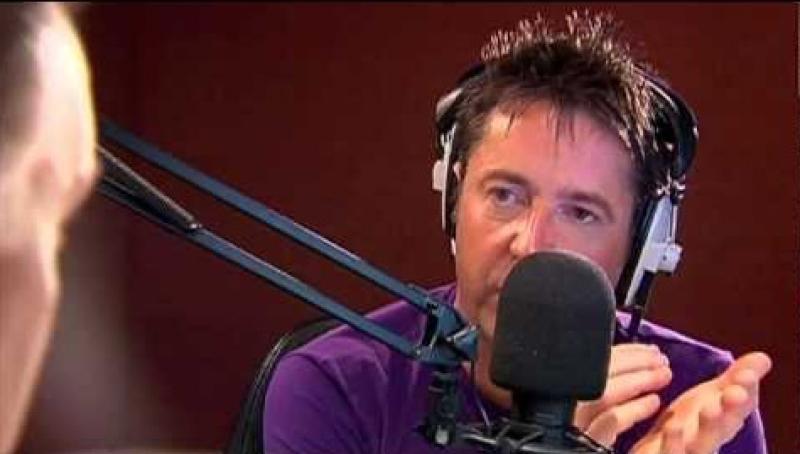 A former Highland Radio presenter who is studying for the priesthood is the focus of a major radio documentary to be broadcast next Monday.

Shaun Doherty was, for 30 years, a hugely successful broadcaster. Every day he presented the main talk show on the Letterkenny-based station.

Over three decades he became a household name in the region and won multiple awards for his work.

But one day, he announced live on air that he would be leaving his job in radio, and pursuing something else.

Now, in this exclusive interview in a podcast entitled Pursuing A More Meaningful Life: Shaun Doherty, he tells journalist and broadcaster, Colm Flynn, about why he decided to walk away from the success he had, and move to Rome in Italy, to start a new life studying for the priesthood, and how he hopes to find fulfilment in his new role.

Colm explains he met up with Shaun in Rome and learned he was studying in a seminary for men who decided to enter the priesthood in later life.

Shaun deals with his time at the radio station, his calling, and the influence of Fahan native and founder of the White Oaks Rehabilitation Centre near Bridgend and the Columba Community in Derry, the late Fr Neal Carlin who died in August last year.

"It is something you feel inside, they say a calling. I felt something deep within me. It's not something that happened overnight.

"It's something as a young person I considered but life took me on a different path and we make choices, some good and some bad, and they make us the person we are but at that point in my life I felt very strongly and I would definitely say Fr Neal had a big influence on me," he says.

The subject matter varies from his childhood, his broadcasting career, his calling to the priesthood and how he is studying to become a priest in Rome. Shaun will be ordained a deacon next month.

He also explains how his former job has prepared him for his new role which he hopes will be back in Derry or Donegal and of course the effect of the abuse scandals that rocked the church for so many years.

He says that while he was well aware of the public perception of the priesthood these days with the sex abuse scandals and how different it was joining now compared to 50 years ago, he was not really worried about it.

"I'd be well aware of it because I was involved in the interviews over the years with people who have suffered abuse because people are hurt and they are entitled to be hurt because of what the church or certain members of the church, have done but I can't be fatalistic and think, that's it, we shut the doors. We have to, as a church, be there, we need priests whether it's me or somebody else, there has to be someone who steps forward and please God, many more will."

The interview will also be broadcast on RTE Radio One on Easter Monday.