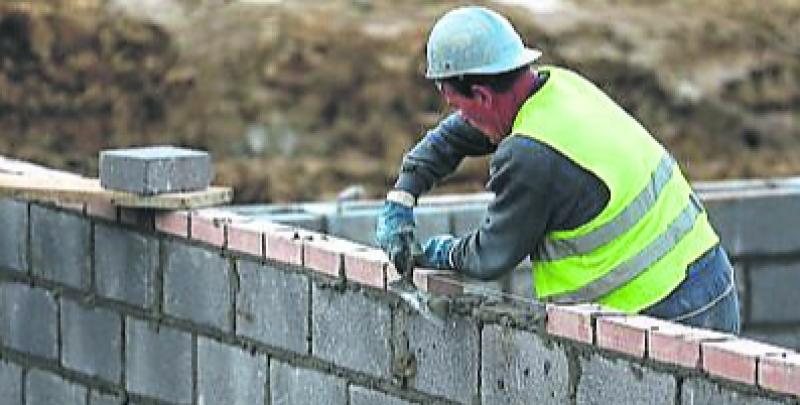 Donegal is facing a “perfect storm” in trying to deal with its housing crisis, according to a leading council official.

The local authority was already struggling to deal with a growing number of people on its housing list before the seriousness of the mica issue - and the need for new homes - really came to light last year. On top of this, the county now has obligations to accommodate Ukrainian refugees who have been forced to flee their homes, and there are also spiraling construction costs.

Speaking at the April meeting of the Letterkenny-Milford Municipal District, Director of Services with Donegal County Council, Liam Ward, acknowledged that the county is facing a perfect storm.

In relation to the influx of Ukrainians, he said: “Various initiatives are underway and are very much active but it is a huge challenge. Even in Donegal we will run out of accommodation options not too far away from now. While there are short term arrangements for accommodation, those arrangements in B&Bs and hotels can only be short-term."

He told councillors that a national forum has been set up to deal with the Ukrainians arriving in Ireland.

He stressed that it is “not that we are saying we cannot help Ukrainians” but with mica issues and existing housing waiting lists, Donegal County Council will be relaying this to the forum.

In essence, he felt that the combination of factors  “has to have an impact” on the provision of accommodation in the county.

Other issues that have limited the supply of housing stock include the low level of private sector housing projects in recent years.

The accommodation issue was raised by Cllr Ian McGarvey who tabled an emergency motion on the housing crisis in the Letterkenny-Milford MD area, and called for a planned programme to alleviate the housing deficit.

He said that there are already more than 1,100 applications on the housing list already in the MD area and with the population of the town projected to increase by 15,000 people they would need an additional 300-400 new houses on top of the existing projected levels.

“We are playing catch-up instead of dealing with the problem,” he said, adding that TDs need to bring the matter to the attention of Dáil Eireann.

He also claimed that “nothing is impossible if the will is there.”

Cllr Gerry McMonagle said that they “need to get real” stating that it “takes an inordinate amount of time” from when the housing department in the council gets land to when someone gets a key to a house.

“Alongside health, this is one of the biggest issues we have dealing with the public,” he said., adding: “We have an enormous mountain to climb, and need to remove obstacles and blockages. We could talk all day about it. I am just totally frustrated. The Housing for All schemes that central government came up with are not working at all.”

He also described what they were dealing with as being the “perfect storm”.

Cllr. McMonagle expressed his frustration with the current state of affairs in relation to housing, saying: “I do not think there is a will or a way.”

He  continued: “It’s beyond this council, we have had several different ministers, We have been told we have the best housing plans since sliced bread. If anything it is getting worse, this is the tip of the iceberg.”

Not only is there a growing housing list already, there are people with mica-affected properties who will have to move, and there are refugees from war-torn Ukraine that have to be accommodated, he pointed out.

He also expressed reservations about the slow turnaround between when a council property becomes vacant and when it is let again.

Cllr. Michael McBride divulged that there had been a request for the sports hall in Termon to be made available for Ukrainian refugees.

He pointed out that a lot of people had volunteered to take in Ukrainians, but there are people in mica affected houses who will have to move out of their homes and there is no accommodation available for them.

He said that he knew of one man who had a 12 acre site that could be suitable for long term accommodation needs, and stressed the importance of finding out what suitable sites are available.

Cllr McBride suggested that modular homes or wooden houses could be an option and was aware of wooden framed houses that cost €80,000. “I think this is good value in the current climate,” he added.

He also said that the council has tried to find houses for Ukrainians but there is just no surplus and he felt there should be an exemption from planning to deal with those with mica-affected  homes.

He asked that a letter be written to the Minister for Housing, Darragh O’Brien, to highlight the problems in Donegal.

Mr Ward confirmed that the Department of Housing is looking at modular homes and accepted the need to look at all options but the proper legislative framework must be in place. He also said that the council is interested in hearing about possible sites.

On a more positive note, he revealed that the council is appointing vacant homes officers.

The meeting was told that there are currently 41 vacant social houses in the Letterkenny-Milford MD. Nineteen of these have been refurbished and are at the offer stages for tenants to move in, ten will soon be allocated after on-going works and 12 are being assessed.

During the meeting, Cllr Liam Blaney also asked that results from the mica-testing of local authority houses be made known. He also pointed out that people cannot get houses to rent at the moment.

Further workshops on housing are expected.