Final shows before All-Ireland Drama Festival in Athlone next month 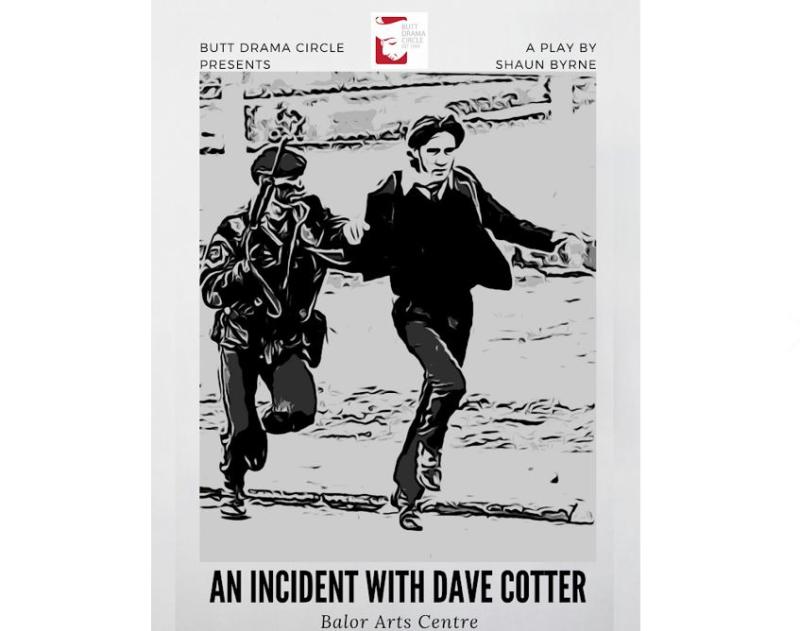 The Butt Drama Circle are bringing their award-winning play An Incident with Dave Cotter
back to the Balor Arts Centre, Ballybofey on Wednesday and Thursday next, May 4 and 5.

Having won four qualifying festivals, coming second once and third twice as well as scooping over 20 awards along the way, this powerful original drama offers something very different. The play, which is set against the backdrop of Bloody Sunday, has been winning plaudits from audiences and critical acclaim from adjudicators in all corners of the country.

It will feature at this year's RTE All-Ireland Drama Festival in Athlone this May after a two-year pandemic enforced break, and it is set to be a special year as the event celebrates its 70th anniversary.

2022 festival attendees will also get to experience the newly refurbished Dean Crowe Theatre first-hand as they will see who will be crowned All-Ireland champions, following in the footsteps of the 2019 winners Prosperous Dramatic Society, with their production of 'Enemy of the People'.

Director, actor, and script-writer, Shaun Byrne expressed his delight at the upcoming shows.

"It’s great to be back in the Balor again, this is where it all started for us back in February and we are really looking forward to performing in front of our home audience."

Christopher Quinn who plays Fiachra commented on the quality of homegrown talent on
display in the theatre in the coming weeks.

"Apart from our own show we also have a tribute night to our All Ireland One Act Winners and their outstanding In Other Words to look forward to, so there’s a great selection of drama for all tastes."

Contact the Balor Arts Centre box officer to secure your tickets. It accepts bookings in person, by telephone: (074) 91 31840 Monday – Friday 10am to 5pm at the office  or online: https://balorartscentre.ticketsolve.com/shows