Petition launched to save historic building

Council urged to act to save 322-year-old premises 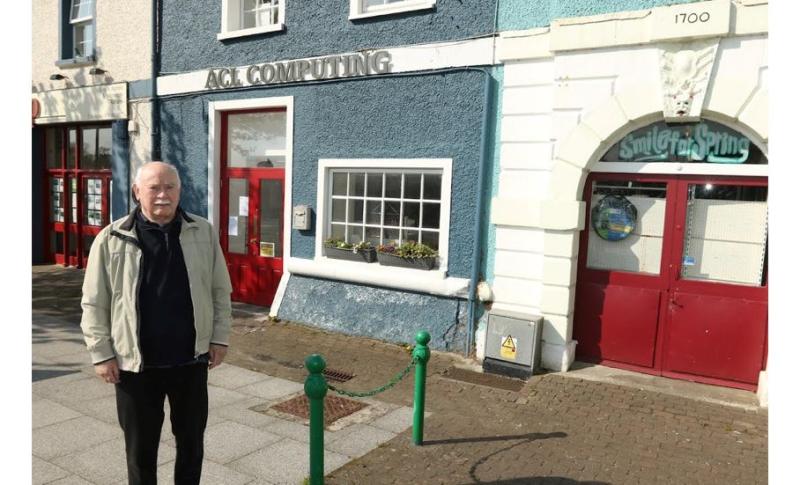 A unique architectural gem, and perhaps one of the oldest buildings of its type in Donegal, is in danger of falling into disrepair and even dereliction.

The owner of one of the units that make up the 322-year-old Old Barracks, Main Street, Ballyshannon has mounted a petition to force Donegal County Council to save this national and internationally important piece of architectural heritage from rainwater that is currently eroding the building's basement.

John Boden of ACL Computing is worried that unless the council acts quickly, it will be too late to halt the rot.

He said he had been speaking to a conservation officer about the problems with this listed building and she confirmed to him that it was one of the most historical buildings in Donegal.

“There are currently three occupants using it with approximately 15-20 people working between them. It was more before the pandemic. It’s a very historic building but no one appears to want to ensure it survives into the future.

“The footpath outside it has problems.

“The drains are not enough to cope with the amount of water that runs down the street at times. Two weeks ago when it was raining I found about an inch of water outside.”

“Sadly, that water is seeping into the basement here Because this has been going on for so long it has rotted the wooden beams and foundation walls and obviously, over time, it is going to destroy all before it,” he said.

He added even though they had notified local politicians and Donegal County Council over the past six years to do something about this but we have met with no success.

"There is money being spent in Ballyshannon but none of it on this building which is one of the oldest buildings in town. We also need windows fixed, double glazing is needed. There were grants available for windows and different businesses in town were approached by council officials offering to put windows in for them but they didn't approach us. There might be a reason for it but I don't understand it," he said.

Mr Boden said the floor they were on at the moment was okay but there was a part of the basement underneath the building next door to him and it had to be propped up otherwise the flood would have fallen in. 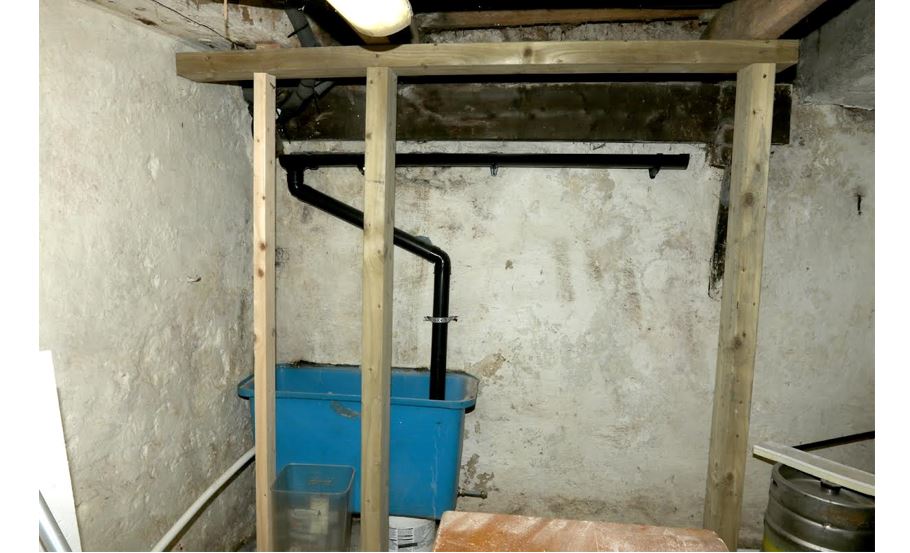 "We put in beams. From time to time the basement is flooded. We actually have guttering inside the building in the basement to catch rainwater coming in from the footpath. The council would need to take a more proactive approach toward maintaining these buildings. The first step is to keep them occupied and in use.

"It is important to us to get this building fixed, otherwise it will stop being used and maybe even fall into disrepair and dereliction. I have started a local petition to get the council to do something, so far they have let us down.

Generations
According to local historian Anthony Begley the old Barracks building is considered to be one of the oldest buildings in the area which is still inhabited in Ulster today. He said for generations local people have identified the building as the ghostly home of both The Green Lady and The Goblin Child.

In his excellent book, Ballyshannon Genealogy and History, Mr Begley says according to the keystone plaque which is visible over the entrance arch and which has arms and cannon emblems, the building was built in 1700.

"The barracks was erected to guard the bridge over the Erne, and at one time there was a gate and tower on the bridge to control movement in and out of the town. The Barracks is believed to have been built to the design of Colonel Thomas Burgh, the Surveyor-General, although he did succeed Sir William Robinson in 1700. Burgh shortly afterward designed Collins Barracks in Dublin from 1701-1704.

He adds that the two-storey building is built to a T-shape design, with a five-bay front and a long four-bay extending to the rear. Before the workhouse was built on the Rock, this barracks building was offered for consideration as a workhouse. This indicated that the barracks was not being used from that period and the troops were based in Rock Barracks."

At the time of going to press, Donegal County Council had not responded to a query asking what it intended to do about the Old Barracks problem.