Backlog of tenants wishing to buy council houses when purchases suspended over 'mica'. 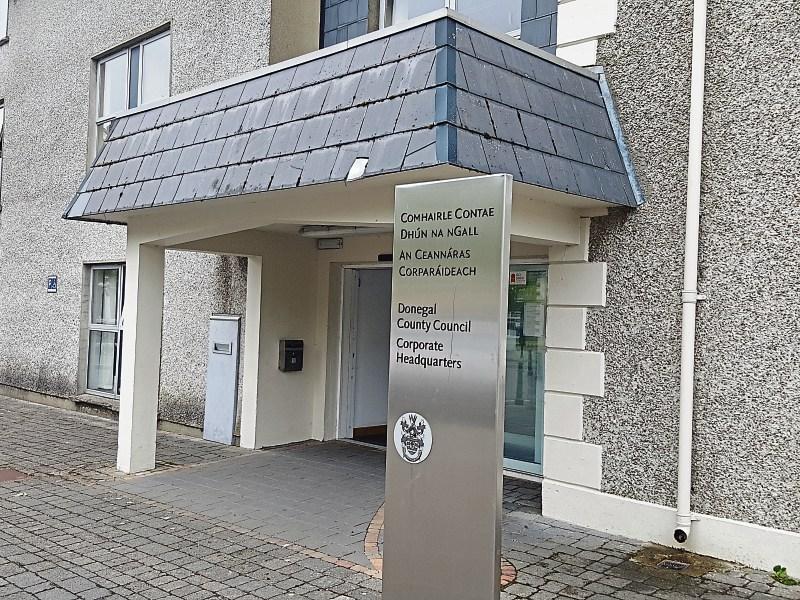 Donegal County Council has agreed a protocol aimed at reducing the backlog of tenants wishing to buy council houses after purchases were suspended over 'mica'.

As a result of the ongoing defective concrete blocks issue, the council temporarily halted the sale of houses to sitting tenants under the Tenant (Incremental) Purchase Scheme 2016.

Speaking at the SPC meeting last Thursday, Patricia McIntyre, from the council's housing department, presented a discussion document which outlined options for sales going forward, depending on when properties were built.

This was proposed by Cllr Rena Donaghey (Fianna Fáil) and seconded by her party colleague Cllr Donal Coyle.

Ms McIntyre said: “Donegal County Council has been operating the Tenant (Incremental) Purchase Scheme 2016 but, in light of the defective concrete blocks issue in the county, we have been cautious in recent times with issuing offers and proceeding with sales under the scheme.

“As a result, we do have a number of applications from tenants and we have not made a decision on them yet but tenants have been in touch with us and they are anxious to proceed.

“What we wanted to do is come up with an approach that would be fair and balanced, based on the issues in relation to the defective concrete blocks.

“Members also have been approached by tenants and they have been raising the matter with us and asking that it be examined.”

Under the Tenant (Incremental) Purchase Scheme, the council receives an application from a tenant to purchase their house.

The council carries out a visual inspection of the property and if there are no issues of concern, including of the structure of the property, a valuation is obtained, the calculations are completed and a letter of offer issues to the tenant for the purchase price.

The tenant then has one year from that date of offer to acquire the property.

According to Ms McIntyre, the standard terms and conditions of the offer letter, within the Tenant Purchase Scheme, indicates no warranty is provided by the local authority as to the state, condition, repair of the property.

She added: “We would encourage the tenant to obtain their own independent legal and technical advice before proceeding to acquire the property.”

Ms McIntyre said that in consideration now with the issue of defective concrete blocks in the county, it was acknowledged a “balanced approach” now needed to be taken.

She said: “There are various considerations, including the age of the house, visual signs of deterioration, visual signs of evidence from other nearby houses, maybe within an estate, or test results incorporating the presence of minerals, cement content, compressive strength of the blocks.

“Having considered the matter, the following approach is currently being considered, and this is where we are seeking the views of the members.

“In the first scenario, we are saying that, where there are signs of cracking associated with defective blocks in the house or in the estate where the house is located, we would not proceed with offering or taking a sale on a house under the Tenant Purchase Scheme at this time, irrespective of the year of construction.

“The second scenario is where there are no signs of the cracking associated with defective blocks in the house or in the estate where the house is located. [Regarding] houses built in the 1980s or earlier and we are saying, the Council will proceed with the application in line with the normal process, with no testing of blocks to be carried out. However, the tenant will be encouraged to get their own independent legal and technical advice.

“In relation to houses built in the 1990s or later, and this is identified as the higher risk period, our proposed approach is that the council will arrange for the testing of blocks until further notice. Once the test results are received, the council will share the results with the tenants and advise the tenant then to seek independent advice.

“A decision with then be taken on a case by case basis once the results have been considered. The matter will be reviewed over time as further knowledge and expertise is gathered,” said Ms McIntyre.

Welcoming the discussion document, Cllr Rena Donaghey said she thought it was the proper way for the council to proceed.
She added: “Any houses built in the 1980s or earlier - they are probably free from mica or any of the other deleterious chemicals.

“I would propose that we proceed on today's information so that people can get an opportunity, those that are waiting for a long time to buy out their homes, that they can go ahead and proceed.”