Holiday-home owners may be asked to house refugees 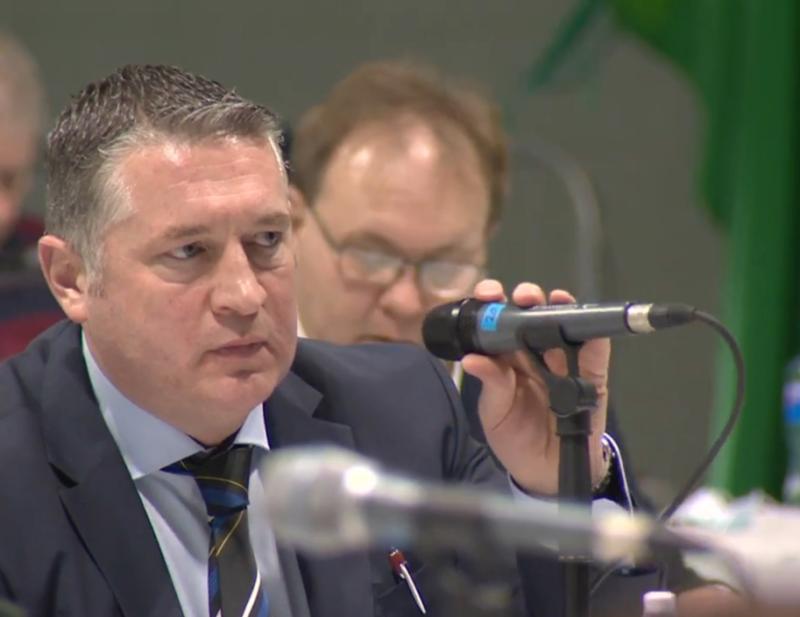 A county councillor has called for owners of holiday homes in Donegal to be approached to house Ukrainian refugees.

Local authorities in the country have been asked by the Government to find accommodation for the more than 23,000 Ukrainian refugees that have arrived in the country.

Some are already staying in hotels and B&Bs in the county and Donegal County Council is seeking large vacant buildings that could be used to house refugees.

Inishowen councillor Johnny McGuinness, who is chair of the council's strategic policy committee on housing, has called for the local authority to reach out to holiday homeowners, many of whom reside in Northern Ireland, about using the properties to accommodate Ukrainian families.

“There are quite a number of holiday homes in my own locality [Inishowen Municipal District] and throughout the county, I would imagine,” the Fine Gael councillor told a meeting of the committee.

“They do not currently qualify for the redress scheme but, I wonder if this is an opportunity to reach out to those homeowners and see if they would be willing to offer up some of those properties for the short term, to service the needs of the some of the Ukrainian people who are coming to our country, and a longer term agreement, which may facilitate them to come into the redress scheme, at a later date, when some of the qualifying people have had their needs met.”

The meeting was told that the local authority is hosting a community response forum comprised of local agencies to develop a response to the arrival of Ukrainian refugees in Donegal.

IPAS sits under the Department of Children, Equality, Disability, Integration and Youth and is responsible for the provision of accommodation and related services to people in the asylum process.

Patricia McIntyre of the council's housing department, told the members of the committee at last Thursday’s meeting, that council was assisting IPAS in relation to accommodation for the expected refugees.

“We are making contact, trying to source accommodation, through guest houses, hostels and bed and breakfast providers. We would then forward then those details to IPAS, which makes the agreements directly with the service providers.

“There is a national accommodation leads forum group representing of all local authorities and Donegal County Council is involved in that group. We have had two meetings to date.

She said the council is seeking “ready to go” accommodation.

“We are also looking at large vacant buildings. Our staff have been involved in identifying properties, mostly in private ownership, around the county. We have been in contact with the owners to see what kind of condition the properties are in and if they would be suitable to be brought back into productive use over a period.

“I understand, nationally, those are being followed up by the Red Cross, in terms of making further contact with the owners to see if the buildings are in a suitable condition going forward. There is a lot of communication and co-operation between the services.

The council is directing individual pledges of accommodation to the Red Cross, she added.

The council's director of housing, Patsy Lafferty, said the response of local authorities to the arrival of Ukrainian refugees in Ireland was at “the early stages of development”.

“Due to the nature of the humanitarian response that is required, and the fact that it has come into play quite quickly, I think the country in general, and all agencies involved, have probably found it challenging to get a coordinated response up and running.

“There has been an awful lot of good work done between agencies to help including ourselves, the local authorities.

“IPAS would be responsible for obtaining the necessary accommodation but we have been involved in trying to assist in that regard.”

Cllr Gerry McMonagle (Sinn Féin) said it was right to offer the Ukrainian refugees “the hand of friendship”.

“We have listened to Government spokespersons and we know there are going to be a lot of Ukrainian refugees coming to Ireland.

“We know from our discussions here in the SPC, the housing crisis we have in the county, so, how are we going to play our role in supporting these refugees when they come here?

“They are coming from a war and it looks like it is getting worse. I am just at a loss as to how we can do that looking at the housing crisis we have to deal with ourselves and then this added burden.”