Small percentage of landings subject to control-supervised weighing upon landing 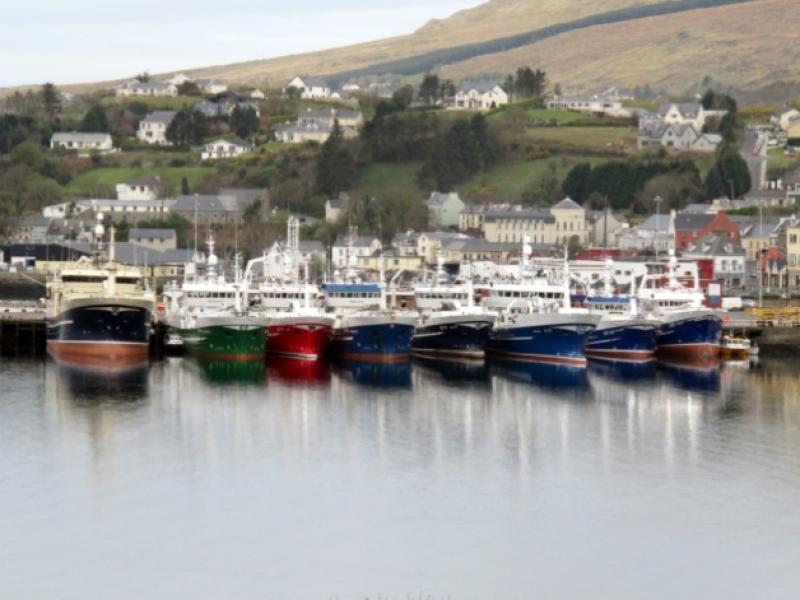 Fishermen in Killybegs are tonight examining the latest move in the ongoing landings controversy following the news that the Sea-Fisheries Protection Authority (SFPA) has confirmed that the EU Commission has agreed to extend approval* of the interim Irish Sea-Fisheries Control Plan for the weighing of fishery products after transport to SFPA permitted premises until December 31, 2022.

In a statement the SFPA says the extension, on foot of a request from the SFPA, will facilitate the continued exemption for weighing after transport of pelagic and demersal fish landings made into Ireland and transported to permitted establishments, unless directed otherwise at landing by a Sea-Fisheries Protection Officer.

The statement added: "The interim Irish Sea-Fisheries Control Plan seeks to ensure control systems are adequate to address significant concerns expressed by the EU Commission regarding inaccurate weighing of catches, particularly by operators landing bulk pelagic catches to Ireland, which resulted in the EU Commission’s revoking of Ireland’s weighing after transport Control Plan in April 2021.

"It facilitates the weighing of the vast majority of landings in Ireland after transport, in fish factories and processing units." **

Commenting on the decision by the European Commission Paschal Hayes, executive chairperson of the SFPA said: “The SFPA is pleased to have secured approval from the EU Commission to extend the Interim Control Plan up until December 31, 2022.

"With the continued demersal landings and increasing activity from smaller inshore vessels there will be thousands of landings into ports right across the country over the coming months – without an extension of the Interim Control Plan every one of these landings could have been required to be weighed upon landing at the pier.

"With an Interim Control Plan in place, including physical presence and data cross-checks by SFPA to manage compliance risks, the overwhelming majority can continue to be weighed after transport at permitted establishments around Ireland, with a small percentage of landings subject to control-supervised weighing upon landing.

"Safeguarding Ireland’s marine resources for future generations is a vital part of the remit of the SFPA, and the continuation of the Interim Control Plan will serve to ensure adequate control systems are in place. The SFPA will continue to work intensively and collaborate with industry to secure approval for a permanent Control Plan.”

Copies of the plan are available here: Weighing of Fishery Products | Sea Fisheries Protection Authority (sfpa.ie)and the SFPA encourages vessel owners and those working in the industry to engage with their local SFPA Port Office or to visit www.sfpa.ie if they require additional information or clarification on items within the plans.

*Since January 1 of this year, arising from an intensive SFPA effort in 2021, an interim Control Plan facilitating post-transport weighing of all fishery products landed to Ireland at specifically permitted establishments, has been in operation. The EU Commission’s approval of that interim plan was scheduled to expire on the 30th April 2022. It has now been extended to December 31st, 2022. Approval of the plan is provided for by DG-Mare of the European Commission under Article 61 (1).

The default provision of EU legislation is that all wild-caught fishery products have to be weighed immediately at transport by operators. There is potential for a derogation to allow weighing to take place after transport but that requires EU commission approval of a ‘Control Plan’ to manage compliance risks arising from that practice.

To meet the requirements of the Interim Control Plan, operators may select one of two options for conducting weighing before transport

**Option 1: In this method fish exiting the vessel are discharged into an industry owned pier-side system which momentarily separates the fish from the water. This fish is immediately placed directly into a tanker that has been pre-filled with water and pre-weighed. The tanker containing the fish and the water is then reweighed on the SFPA approved weighbridge and an accurate weight for the fish is obtained.

Option 2: In this method the fish and water exiting the vessel are discharged directly into a pre-weighed empty tanker. The tanker containing the fish and the water is then reweighed on the SFPA approved weighbridge. The fish remain with their original water which operators seek to minimise in order to balance quality considerations with fish-weight accuracy concerns.