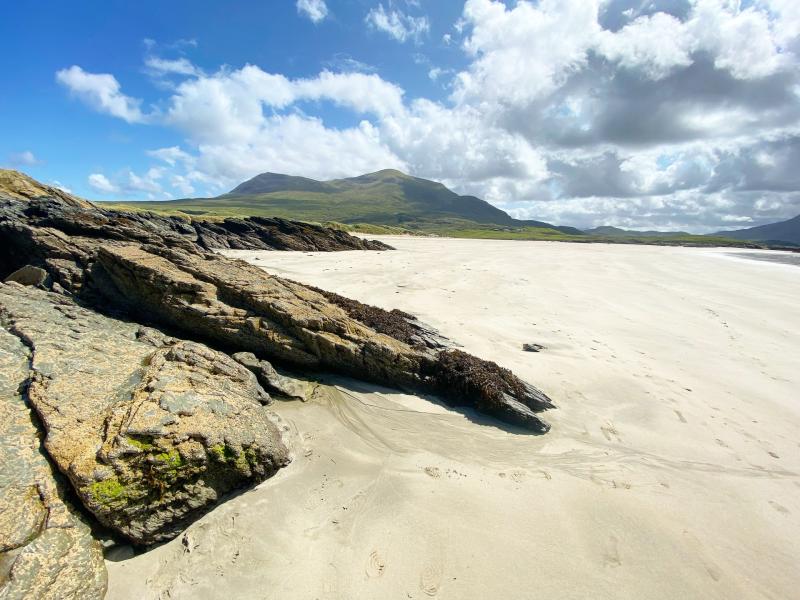 Donegal's hospitality industry has moved into post-pandemic recovery mode but this comes with a warning - the new found momentum could be derailed if the Government decides to increase VAT rates in September.

This note of caution was sounded by the chairman of the Donegal branch of the Irish Hotels Federation (IHF), Paul Diver, who is also the owner of the world-renowned Sandhouse Hotel in Rossnoewlagh.

He revealed yesterday (Monday) that the May Bank Holiday weekend has been good to Donegal with a high number of visitors coming here from all over Ireland. He adds Donegal appears to have done exceptionally well attracting people who had been with them last summer.

"Many of them came back over Easter and again this Bank Holiday weekend. It's been a very positive bank holiday weekend," he says.

Mr Diver points out that hotels were delighted that many of their visitors had come from other parts of the Republic and Dublin in particular.

"The Covid staycationers have come back and that has to be positive. The fact that Dublin airport had got so much bad publicity over the past few weeks because of delays has actually helped us with the short break holiday scene here in Donegal.

Speaking to colleagues this pattern has been the same all over the county.

Mr Diver was also optimistic about the prospects for the summer season.

"It's also looking good, particularly as the Wild Atlantic Way now seems to have clicked with a lot of Irish people.

"People are delighted with what they are seeing and they are delighted with the value for money here too. In other parts of the country, you are paying for every single thing but when people come here they can't get over how much is for free and that's a big plus when you have three of four kids with you."

He added people were happy the quality matched the value and that was enticed them to return.

He pointed out however that this new found momentum could all come crashing down if the Government decided to increase the VAT rate from 9% to 13.5% in September.

"The reason we are doing as well as we're doing is that we're giving value for money but if they increase the VAT rate, that is going to go out the window because rising costs cannot be absorbed.

"We might have been able to do it a couple of years ago if we hadn't got the rising costs but now we can't, we'll have to pass it on to the customer and that will kill value for money."

Mr Diver acknowledged that the Government supports during the Covid crisis was "absolutely fantastic".

"Without these supports, probably no hotel in Donegal would have survived. They were critical for us during the lockdown. The VAT is the same. We need to retain the 9% to give us a chance to maintain our recovery.

"Hotels are not just employing a couple of thousand people in Letterkenny and the bigger towns, we are employing people in every corner of the county, from Glencolmcille to Arranmore to Malin Head. And it's not just about hotels. People who come to Donegal go to buy a newspaper, they go to Magees to buy a jacket or a shirt, and they spend their money in all sorts of places. There is a ripple effect that helps everyone," he says.