Having given 24/7 to politics, TD now wants to concentrate on his family 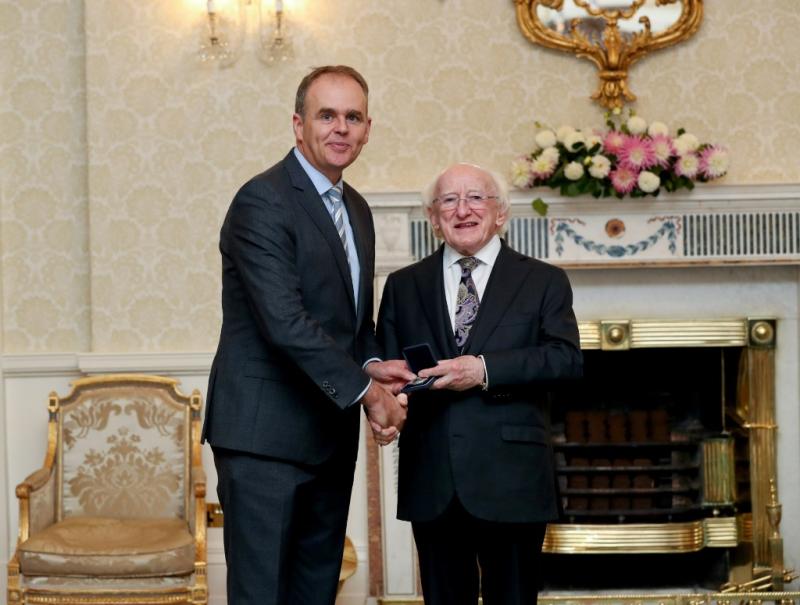 In what many have taken as a complete surprise, but not to his closer family circle, Fine Gael's best known politician in the north west and former Minister, Joe McHugh has announced that he will not contest the next general election.

The Donegal deputy and former minister for education had cited wanting to spend more time with his family, as the "simple" reason that made his mind up after much reflection, while stating that it had been an "enormous privilege" to service as a public representative.

He follows in the footsteps of his wife, Olwyn Enright, who herself had been a prominent Fine Gael politician. She left politics after the birth of their second child back in 2010. She served as a TD from June 2002-February 2011.

In a statement announcing his decision, he said:

“The last two years have given us all some time for reflection, and it is after a significant period of reflection and following much consideration, I have decided I will not be seeking a nomination to stand in the next General Election.

“The reason for this is a simple one. I have three children and, as they grow older, I want to be around more and available to them. Politics is a 24/7 job that demands absolute commitment. I have given politics everything I could throughout my career and it has been my greatest honour to serve as a TD representing the people of Donegal in Dáil Éireann.

“I have always given my full commitment to my role as a public representative and this won’t change in this current Dáil, however, after the next election, I want to focus more on my family life.

Joe McHugh TD was Minister for Education and Skills from 16 October 2018 until 27 June 2020. He previously served as Government Chief Whip and Minister of State at the Department of Culture with responsibility for Gaeilge, Gaeltacht and the Islands up to October 2018.

He was previously appointed as Co-Chairperson of the British Irish Parliamentary Assembly in July 2011.

In July 2012 Deputy McHugh was elected as Chairperson of the Joint Oireachtas Committee on the Implementation of the Good Friday Agreement. Deputy McHugh was re-elected to Dáil Éireann as a Fine Gael TD for Donegal North-East in February 2011.

“My election to this current Dáil by the people of Donegal is a mandate which I will continue to diligently serve for the lifetime of this Dáil. I can assure you that I will work as hard as ever for the remainder of this Dáil serving my constituents and this county.

“I am making my intentions clear now, well in advance of the next General Election, to give the Fine Gael organisation and potential candidates the time to establish themselves and campaign to ensure Fine Gael will retain a seat in Donegal. I will continue to work closely with the Fine Gael organisation, and I know with the determination we have in the party, among our members and our County Councillors, we will present a strong team in the county in the next election.

“I want to acknowledge our party leader, An Tánaiste Leo Varadkar for the trust he placed in me and the recognition given to Donegal when he appointed me Government Chief Whip and later, Minister for Education and Skills.

“This appointment – which bridged a gap of almost 70 years since the last Fine Gael TD from Donegal Pa O’Donnell served at Cabinet  –  was an incredible honour and, as a former teacher and youth worker, I relished the opportunity to take on such a role.

“In this current Dáil, I remain committed to Mica redress and I will continue to work in the Dáil, and with my council colleagues on this crucial issue, as well as all the other issues affecting Donegal.

“Everything that I have achieved has been with the help and support of both the Fine Gael organisation and so many people in the wider community in Donegal.

“It is an enormous privilege to be a public representative. It is an honour and a pleasure to be able to serve your community, your county and your country.”