"Between July and December last year, we had to put up more than 20 families in hotels and B&B accommodation which wasn't really suitable" 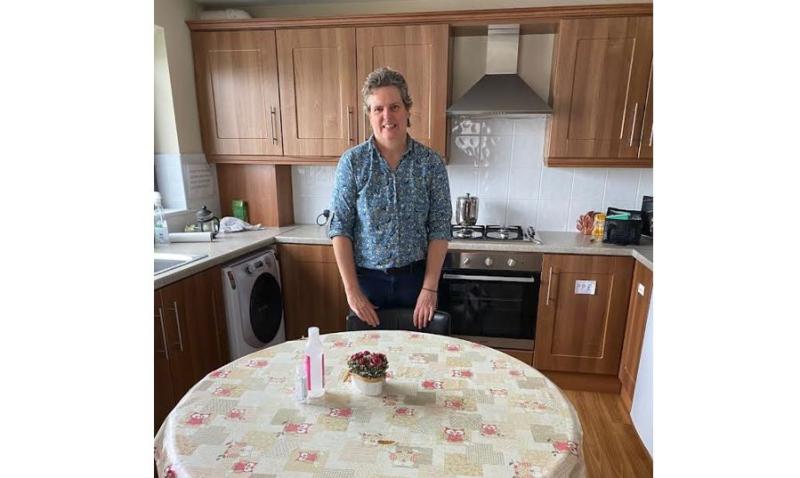 Proceeds the Donegal Domestic Violence Service will receive from the 2022 RunDonegal 5K will go to furnishing two much-needed accommodation units the organisation is currently renovating.

Encouraging as many as possible to take part and support the 2022 RunDonegal 5K which takes place in the Twin Towns on Sunday, May 22, at 11 am, Donegal Domestic Violence Service Manager, Marie Hainsworth, said she wished everyone well and hoped the weather is good.

"It's a great day out and people will be running and walking for a purpose. The 2022 RunDonegal 5K raises awareness of the Donegal Domestic Violence Service. The more we can have conversations and let people know our service is there, the better. That's the biggest thing we can achieve."

Ms Hainsworth revealed that the biggest challenge her organisation had to deal with during the pandemic was not having enough emergency accommodation to offer people.

"So, we took on three new units, one of which is up and running. The other two still have to be renovated further. So, the proceeds we receive from the 2022 RunDonegal 5K will towards completing the renovation process," she added.

The 2022 RunDonegal 5K organising committee is hoping that around 500 will take part in the event. At €10 per entry, this would yield €5,000 for the Donegal Domestic Violence Service.

"An amount like that will go a long way to finishing the units off. The core work has been covered by the council. But we need to furnish them and equip them with things we didn't get funding for such as beds, microwaves, and cooking equipment to make them habitable and allow people to move in."

The manager continued: "Between July and December last year, we had to put up more than 20 families in hotels and B&B accommodation which wasn't really suitable. What we'd ideally hope is that figure would drop substantially and that we could actually house people in proper, safe housing where people can actually live as a family and carry on life, as opposed to being in a hotel which is not ideal.

"A total of 45 families applied for accommodation. We were able to put some of those up in the refuge - that was just one family because the other families weren't moving on. Most went into hotels and some stayed with family and friends or went back into situations that weren't ideal like sofa-surfing.

Ms Hainsworth also pointed out that the Donegal Domestic Violence Service received 31 applications for accommodation for the first three months of this year. Add in the 38 children of some of the applicants means that a total of 69 people were in need of safe housing during the first quarter of 2022.

"Three families have come into the refuge, six have been in hotel accommodation, while two have gone through the council or the homeless supports," she commented.

Not being able to look after everyone who contacts the service seeking accommodation is a source of great frustration to the Donegal Domestic Violence Service manager and her team.

"We now have one unit free in the refuge and there are two different clients that could be going into it. Somebody has to make a decision at the end of the day as to which takes priority, and we're just going to end up hiring a B&B somewhere else. It's not a very pleasant decision to have to make. Most of the clients need access to proper and secure homes where people can carry on with their life, where their children can still go to school, where they can cook their own meals, and where they can sleep in their own rooms.

"It's not a communal refuge. We haven't got people living on top of each another - everybody has their own units here. We try and maintain that autonomy, but it is tricky," the manager said.

Donegal Domestic Violence was established in 1991 following the murder of a local woman by her ex-husband. In response to this tragic incident, a group was formed that received support from the North Western Health Board to manage a three-bedroomed house in Letterkenny, which became the refuge. In 2014 after a number of years of lobbying, funding was secured through the Department of Environment to develop a purpose-built refuge site.

"We're lucky that we moved because we were in a communal refuge facility, and we moved here into the purpose-built unit. For the vast majority of that time, it was very much a service trying to get off the ground with very limited resources and facilities.

"We have seen a shift and Tusla has become more involved and became more embedded in the state system. The service has developed and evolved and I think our knowledge and experience have evolved and developed as well. The range of services we offer now has certainly increased."

To register for the RunDonegal Women's 5K, follow the link below:
https://bit.ly/RunDonegal5k