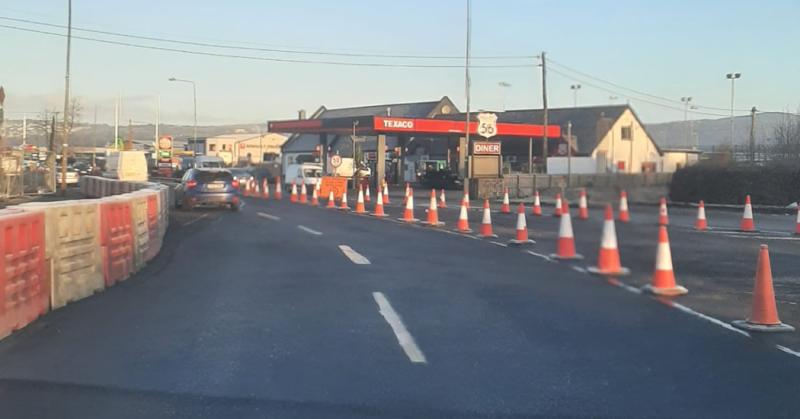 A 'golden opportunity to tackle the stink and smell caused by the lack of a proper sewerage system on the outskirts of Letterkenny has been missed, it has been claimed.

Cllr Donal Coyle told Tuesday's meeting of Letterkenny-Milford Municipal District that the Donegal County Council should have insisted a sewer pipe was installed as part of the four-lane road improvement works currently happening on the main road leading into the town.

He made his pitch as he encouraged the council to apply for funding from the €50 million recently announced by Minister for Housing, Local Government and Heritage, Darragh O'Brien for a scheme targeting the wastewater collection and treatment needs of villages and settlements.

He was told the council's rural water team will consider this scheme and other relevant schemes against the eligibility criteria set out in the recently announced Measure A8 of the Multi-annual Rural Water Programme 2022-2025 - The Waste Water Collection and Treatment Need for Villages and Settlements Without Access to Public Waste Water Services and come back with a report on eligible schemes.

Cllr Coyle said the scheme was open until September 15 and would provide 85% exchequer funding through the department with the remaining 15% to come from the local authority.

"I think this is a golden opportunity for this council to apply for funding under this new initiative. We have been looking for a sewer connection to these areas for many years

"I asked when the four-lane development was being done that part of the work should be the laying of a sewer pipe but Irish Water did not do that. All they decided to do was put in ducts for road crossings. This would have been an ideal time to do it, a golden opportunity was missed here."

He explained they were talking about an area on the outskirts of the largest town in the county.

"I've said this before, where you have a lot of businesses, schools, a nursing home, and a hotel as well as the Woodlands area. All are depending on septic tanks. many of these have been installed for a long time and are not really fit for purpose. Some of them are communal tanks serving three to five houses and at this time of the year the stink and smell is something else."

He asked the council to pull out all the stops in order to get cash from the department to solve the Bonagee area problems.

Seconding the motion Cllr Blaney said this work was long overdue and promises made up to 40 years ago to remedy this should be honoured.

Cllr Coyle said they needed an immediate workshop on this issue

Councillors agreed on the motion and supported his call unanimously.