Cost of living to blame for low tourism numbers, not refugees in hotels - claim

Tourism at a crossroads as businesses struggle to survive multiple crises 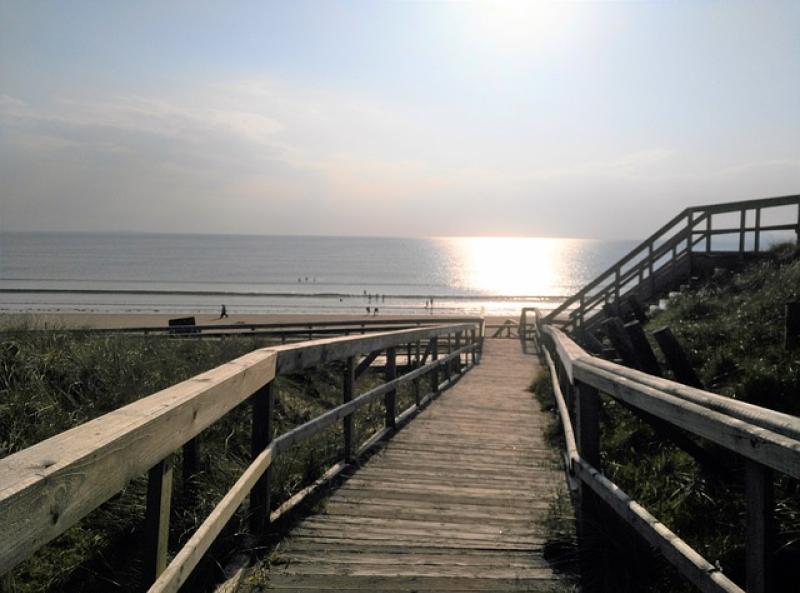 Hotels, hostels and holiday homes across Donegal were made available to house the thousands of Ukrainian people fleeing for their lives.

But now with the tourism season underway, many tourism-reliant businesses are reporting a big drop in visitor numbers. And coming on the back of two years more or less lost to Covid-19 restrictions, they are very fearful for their futures.

The matter was raised at Tuesday’s meeting of the Municipal District (MD) of Donegal. Some councillors expressed concern that the lack of available accommodation, while understandable, would be devastating to the tourism economy. However, one councillor said he believed the rising cost of living was a much bigger problem, and that hotel owners had every right to do what they could to keep their business afloat in these difficult times.

Cllr Niamh Kennedy (Ind) raised the issue in the context of a study currently being conducted in relation to camper vans in Donegal.

“We need to have facilities for those camper vans because that is the only people we will get to Donegal this season,” she said.

“There are no hotels or houses available.”

She acknowledged the plight of those fleeing war torn Ukraine but said: “There are a lot of people staying in hotels and accommodation normally for tourists.

“Some places are being sold just for that reason. People are profiting out of what is happening in war, which is not appropriate.

“Bundoran is now full, there is little accommodation to be had anywhere else.

“How are we going to service our tourists in this Municipal District?”

She was supported by Cllr Noel Jordan (SF) who said: “We all understand the situation that these people are in.

“We have a situation where the tourism season is open and we have very little accommodation. We have to keep that in mind, but we also have to keep in mind the turmoil that those people are coming from.

“There doesn’t seem to be a plan.”

However, Cllr Micheál Naughton (FF) who is manager of the Clanree Hotel in Letterkenny said that booking was significantly lower than in 2019.

He cited the sharply rising cost of living as the reason for the lower than expected tourist numbers. He gave the example of an everyday item such as toilet roll having increased in cost by 40%.

The councillor added that hotels that had no refugees had reported having empty rooms over the Easter holidays for the first time ever.

Cllr Naughton welcomed the announcement that the 9% Vat rate for the sector would be retained until the end of the year.

“I think it is vital for tourism,” he said. “Our sector is the biggest employer in the county.

But he said he was worried about the season and for tourism as a whole.

“I agree a bit with what my fellow members are saying,” he said. “But the biggest problem we have at the moment is the cost of living.

“There are better deals to be got in sunnier climates. You can stay in Spain or Portugal for €300 or €400 a week.”

The councillor encouraged people to look at holidaying in Donegal, saying it was still a lot cheaper than Dublin, Cork and Galway.

“We have great value for money here,” he said. “We need to get that message out there.”

Cllr Naughton added that hotel owners who were struggling to get by were perfectly entitled to house refugees and to keep their businesses afloat in any way they could.

“It is something we never thought we would see in our lifetime,” he said.

“There has been huge generosity nationally and locally."

He said that had it not been for the response from hotels, the situation would have been much more difficult to manage.

Mr Martin added that some refugees were already moving on from temporary emergency accommodation, and that he believed the overall situation would come to an end.