Herring quota to be allocated this year 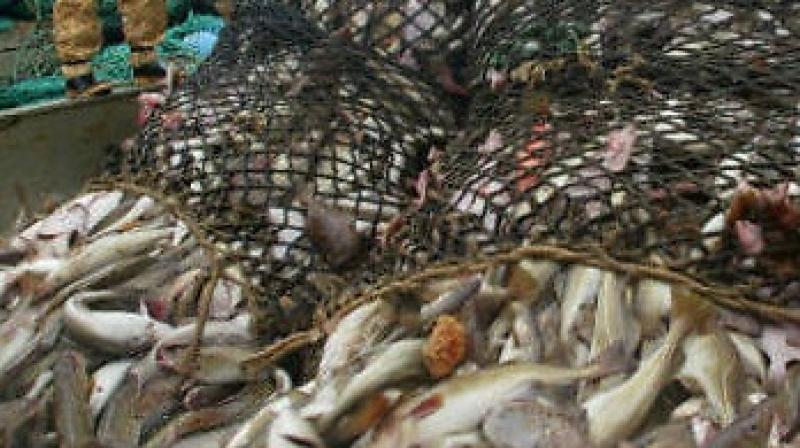 Herring Quota to be allocated this year

The fishing of herring by inshore fishers has been discussed by Donegal County Council's Fisheries committee.

Following a comprehensive presentation from Macdara Ó Cuaig, from the Marine Institute, on Thursday, inshore fisher representative, Kenny Ward, asked for an update on the Total Allowable Catch (TAC) and the future re-opening of the north west herring quota.

Mr Ó Cuaig said the Marine Institute had done a lot of work in this area in the last number of years, with the help of fishers.

The Marine Institute provides government, agencies and the maritime industry with a range of scientific, advisory and economic development services, aimed at informing policy-making, regulation and the sustainable management and growth of Ireland's marine resources.

Mr Ó Cuaig added that the Institute was interested in getting genetic samples because previously, the North West Herring, Six Area South [Clare, Galway, Mayo and Sligo coast] had been lumped in with Six Area North [Donegal coast].

He added: “The genetic work done over the last number of years has split that now from north and south, which will, hopefully, be better for us in that it will be contained. [With] the Six Area South fish now, we are not depending on what the Six Area North stock is doing as such.

“I am fully aware [herring] is a very important fish, especially for inshore men. The fishery is currently managed by the Department, so it would give the allocations to each different sector within it and there is a system in place for that. What we do is assess the state of the stock.

Nora Parke, the project co-ordinator of the Killybegs Fisherman's Organisation told the meeting, in terms of herring, bench marking assessment had been going on in recent weeks.

Ms Parke said it had not been easy to do this particular year because it was being done virtually.

She added: “[This was a] big impediment to doing a really good benchmarking assessment.

“It has been done and the genetics have been very important in this whole business.

“Also, I am of the understanding there will be a quota this coming year for next year, as opposed to a scientific quota, but it will be not be much bigger than the scientific quota we have been working with the last few years. As time goes on that quota might improve.”