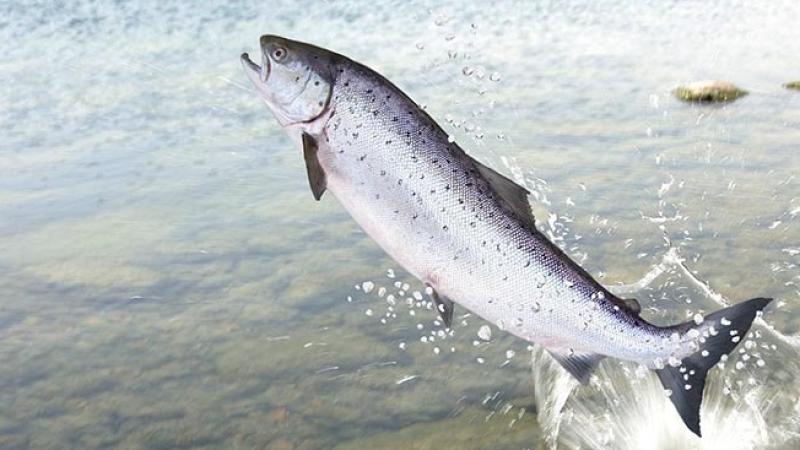 Fisher representative, Jerry Early, from Arranmore, said the shellfish, lobster and crab fisheries were “on their knees”.

Mr Early also said he was aware Salmon stocks were improving and asked, 'How are the salmon stocks and are there any plans or discussions taking place on the way forward?'

Thanking Mr Ó Cuaig for the data he had shared, Mr Early said: “[While] the data is brilliant, in terms or representing the Inshore sector, particularly the smaller boats inshore, I am concerned. The shellfish, lobster and crab fishery is on its knees, as you know, and the data out there will support that.”

“What I want to know, as a representative of the Inshore Fishery, is how we can improve or look at options for the sector? It is on its knees and saying anything else is a lie,” said Mr Early.

He added: “Going back to the salmon question, 15 years or more ago, the data was out there that it was under severe pressure. I would like to know where the level of stock is at now on the rivers and also and what is plan going forward?

“Is there a plan in diversification for these smaller boats that are winding up? There is nobody new coming into the sector and I have been consistent in this forum that all the data in the world is brilliant but if you have nobody coming into the fishery, this data will be binned in the next 10 years and that is a fact.

“Through this forum, a lot of focus has to be on how we can make sure it is not just a talking shop but how we can have plans going forward to improve the inshore sector because if you do not have an inshore sector, if you do not have young people coming into the industry, we have no future. We can build all the piers and get funding for all the piers to use for an odd yacht that might pass along the coast,” said Mr Early.

He added: “The current situation is they [IFI] give out quota allocations to different rivers and currently the way it's managed, that quota allocation is for anglers or a limited number of flat net fishermen.

“You are thinking about drift net fishing. Drift net fishing, when it was ongoing, was catching fish going to various rivers and that is one of the reasons it was bought out a number of years ago. By taking drift net fishing out of the equation, you are allowing rivers that were weak to come up. The signs are that certain rivers are coming back more so than others.

“There seems to be an issue with winter survival. Smolt go out to sea and they go to their feeding grounds in the North Atlantic. Research indicates it is not just fishermen affecting the salmon stocks, it could be the environment and possibly climate change,” said Macdara Ó Cuaig.

He added: Unfortunately the powers that be, a number of years ago, decided with one stroke of a pen, to do away with the salmon fishing industry.

“This is something I would like to see coming back again. Fishers were pressurised into giving back licences and getting a pittance for them. They did not want to do it. The excuse given at the time was that every salmon caught by an angler in relation to tourism, brought more money to country. However, I think we lost sight of ourselves.

“We are a coastal community and we depend all types of fishing. With all the surveys that have been done, and I thank you for the work, I would like to know, what is the likelihood of the salmon fishing in Lough Foyle ever being allowed to come back again?

“At the time, the Loughs' Agency maintained the stocks were depleted, gone. We did not accept that at the time and quite a number of us don't accept it today. Any possibility of salmon fishing returning to Lough Foyle and Lough Swilly would be bringing back a tradition that was there for many, many years. There was no consultation with the fishermen at that time,” said Cllr Farren.

Macdara Ó Cuaig said he was unable to say for certain when or how the Foyle fishery would come back, as it was a matter IFI.

Supporting Gerry Early, Cllr Martin McDermott (Fianna Fáil) said it was clear to fishers using Malin, Glengad and Urris piers in June and July to fish crab, there were “very large volumes of salmon in that area, particularly over the last two or three years”.

Cllr Johnny McGuinness (Fine Gael) said he was concerned for the future of local crab and lobster men. “We do not want them to face demise like the salmon fishermen.”

Dr Milton Matthews, acting CEO of the Northern Regional Fisheries Board contended the 2007 government decision in relation to salmon stocks had been based on national and international scientific advice, whether those present at the meeting “agreed with it or not”.

He added: “Concern regarding the decline in Salmon stocks is not peculiar to Ireland, it encompasses the entire North Atlantic.

“The consistent advice from scientists across many agencies has been there is a long term decline in salmon. The IFI website gives annual advice, river by river, on the fish count. There are a number of agencies involved in processing the data and making it available, including the IFI and the Marine Institute, so its validity should not be called into question,” said Dr Matthews. 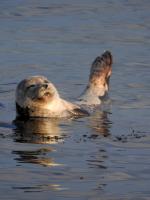