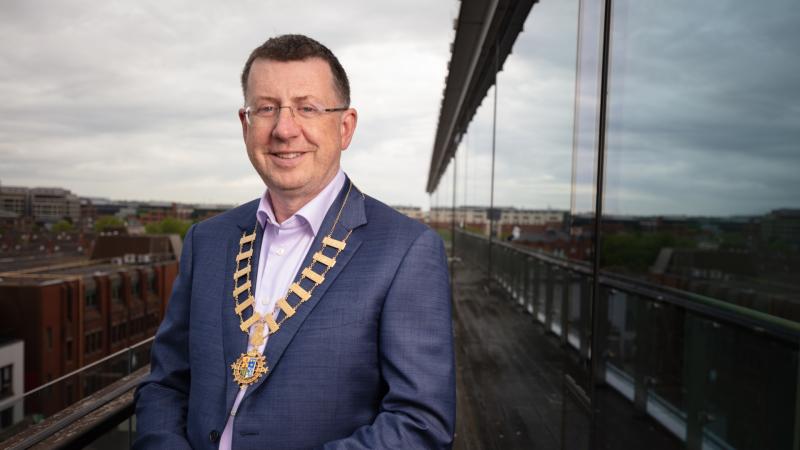 A Donegal man has been elected as the new President of Chartered Accountants Ireland.

Pat O’Neill, who is originally from Pettigo, was elected to the top position at the institute’s AGM in Dublin.

On his election as President, he highlighted the need to tackle the continuing capacity constraints facing the profession.

He also raised the need for certainty and stability in the wake of the Assembly Elections, amid ongoing disagreement on the Northern Ireland Protocol.

Mr O’Neill  has over 30 years of experience as an audit partner with EY. He has significant involvement at Board level with many plcs providing insight and best practice around Boards’ risk and corporate  governance agendas.

He has served on the Council of Chartered Accountants Ireland since 2014; is a former Chair of the Institute’s Audit, Risk and Finance Board; and former Chair of its Leinster Society.

€11m worth of development will transform Rathmullan

Locals delighted with the progress

Speaking at this week’s AGM, he noted, “Despite the recent and current challenges of the pandemic and the re-emergence of significant inflationary pressures, the economy continues to grow.

“Our economic pillars of large foreign direct investment  and successful domestic businesses require appropriate levels of accounting talent; however, several structural factors are causing very real supply side issues in this regard.

“The accounting syllabus at secondary level, introduced over 25 years ago, does little to introduce young people to the breadth of the modern accountant’s role, so it is imperative that the syllabus is made  fit for purpose in the 21st century. Otherwise, students will be deterred from a career in accounting, and we won’t have the “bench-strength” to support businesses on this island.”

Leveraging the Northern Ireland Protocol for business Mr O’Neill also highlighted the need for  certainty and stability in Northern politics.

“The Institute was an early advocate for the unique benefits of the Protocol for businesses located in Northern Ireland,” he said.

“We have almost 5,000 members there, and it is incumbent on us to convey the positive

feedback that the Institute has received regarding the unique market access into both Great Britain and the EU that they enjoy.

“The Protocol remains a subject of debate this week more than ever, and there is no doubt that challenges exist, but predictability and certainty are key for business and the economy in Northern Ireland.”