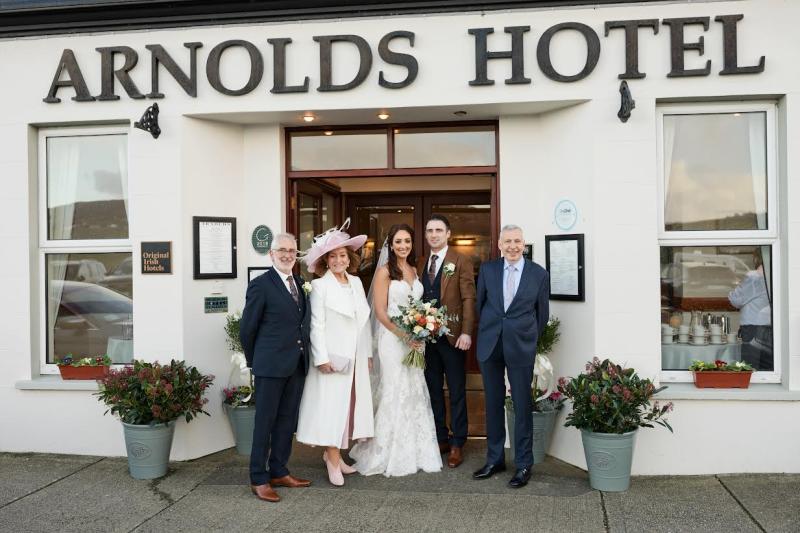 This year the Arnold Family Hotel in Dunfanaghy is proudly celebrating 100 years in hospitality.

Since 1922 four generations of the Arnold family have been welcoming guests to this landmark hotel in the heart of town.

General manager Aisling Arnold even celebrated her recent marriage to Aidan Kelly at the family-owned hotel and they were delighted to mark their special day with family and friends at Arnolds'.

The hotel was formally known as St Patrick’s, and was purchased as a guest house by William T. Arnold in 1922 for a mere £850!

During World War II, it was impossible to get rations, so William
registered the building as a hotel to enable rations to be obtained. Prior to the establishment of the hotel by the Arnolds, it was the residence of the then manager of the Ards Estate, Mr Edmund
Murphy.

After William’s death in 1948, his son Richard took over, and he and his wife Ada ran the hotel very successfully. Richard and Ada’s eldest child Derek took over the business in 1972 and was joined in
later years by his wife Gerarda and brother Bill.

The trio ran the hotel together for almost forty years and enjoyed many rewarding years. Derek and Gerarda’s son Ryan also joined the business in 1993but was sadly killed in a car accident in 1998.

The Evolution of Arnolds
The hotel itself has also seen many changes over the years, from the introduction of electricity and running water to the town to the introduction of a licensed premises and bar, which meant the end
of the building as a ‘temperance hotel.’

It has survived hardship and difficulty, from the Civil War through World War II, from varying recessions to, most recently, the devastation of the Covid-19 pandemic, an unprecedented crisis that
affected businesses everywhere.

Over the years, Arnolds Hotel has kept pace with the changes and challenges of modern tourism. It has also been a popular destination for many well-known guests, including celebrities like Oliva
Newton-John, Kevin Whately, Chris Tarrant, Frank Carson, Nicky Chapman, Suzanne Dando, Ryan Tubridy, Dermot Bannon; Daniel O’ Donnell. Gay Byrne and his wife Kathleen were regular visitors
to Arnolds.

Arnolds Today
Arnolds Hotel is a familiar landmark for those visiting Dunfanaghy on their way around the Wild Atlantic Way.

The hotel has always had a very loyal clientele who return year after year, and this has been one of the secrets of its success over the years.

Arnolds is more than just a hotel: it and the Arnold family are part of the fabric of the local community and the hotel remains a favourite gathering place for special occasions and functions.

Over the years working in the hotel was almost a rite of passage for young people living in Dunfanaghy.

For generations of local families, their first job was working in the hotel (or, in the early years, on the farm or in the stables at the rear of the hotel).

It’s a tradition that continues to this day, with many a local young person starting their work journey in Arnolds.

Now a fourth-generation family business, Arnolds Hotel has flourished under the leadership of Aisling Arnold. Successful new additions include Café Arnou, a new look Restaurant, a Cocktail Bar and beautifully refurbished bedrooms. Events and Activity Weekends year-round add to the attraction of the hotel.

Awards
The hotel won the Georgina Campbell Best 3 Star Hotel for Activity Breaks in 2021, and has also recently been awarded Best Three Star Hotel in Ireland.

Arnolds Hotel and Café Arnou are also featured in the 2022 John and Sally McKenna's Wild Atlantic Way Guide for their food offering. 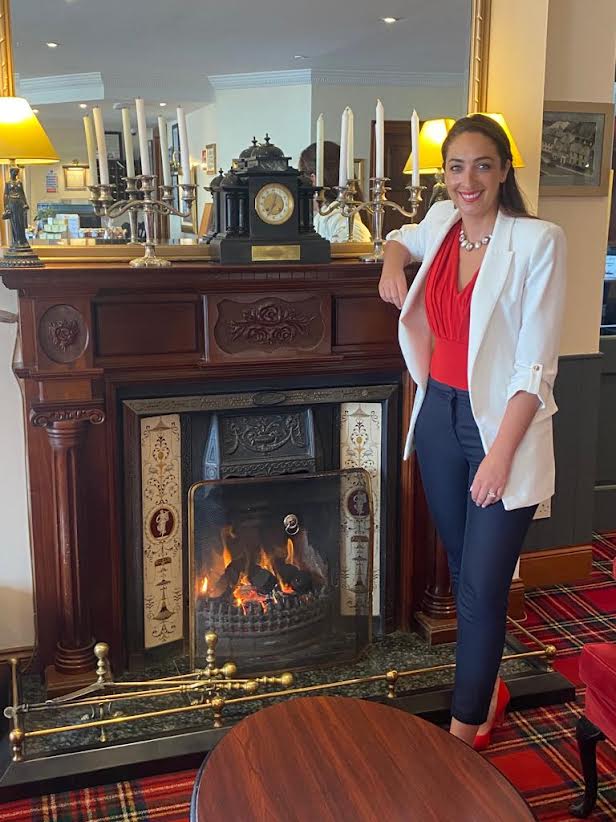 Aisling (above) has recently been joined in the business by her husband Aidan and they have a number of upcoming events planned to celebrate 100 years in hospitality. They look forward to welcoming residents and staff, old and new to the hotel to celebrate this momentous occasion.