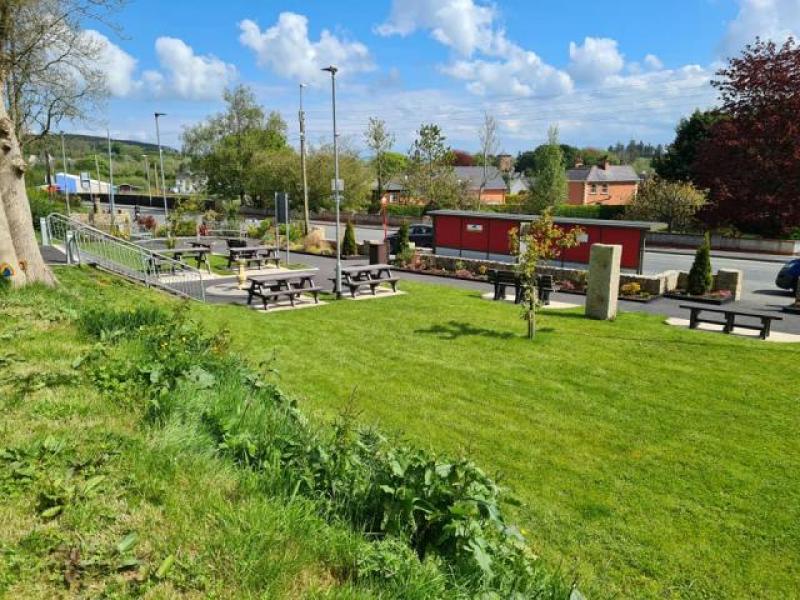 Some nasty and unscrupulous individuals have been playing havoc with the efforts of the Convoy Community Environment Group's plans to enhance their village.

Heartless thieves have taken five of the benches that were placed around the area to enhance its appearance.

These were purchased for the community by the environmental volunteers' thanks to the generous efforts of folk in the town.

These were used on a daily basis by residents and groups who were delighted with their addition to the area's already growing flora and fauna features that have made Convoy look so good.

A spokesman has revealed that five of the benches added around the town have been stolen by someone over the past few weeks.

"Our volunteers and the people in the village have been devastated by this. You can only describe the thieves as the 'lowest of the low'. Someone had to have gone there with the right equipment to take them. We have reported these to the gardaí. Please everyone keep an eye out and report if you see any more missing," he said.