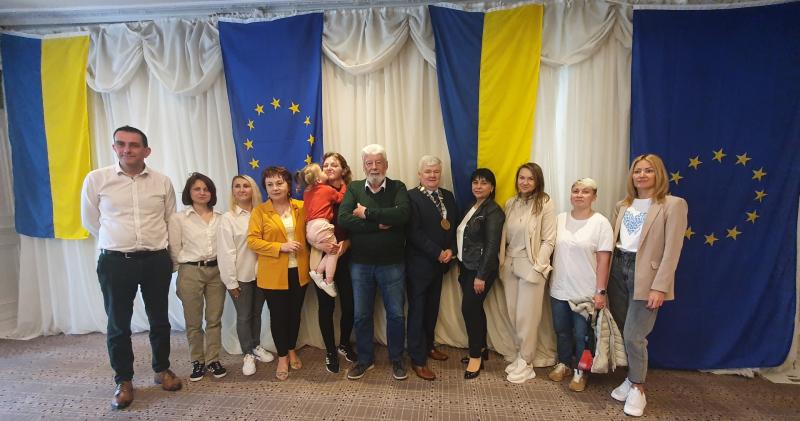 Russia’s invasion of Ukraine was one of the top issues discussed at a Bureau of Congress meeting which was hosted by Cllr Nicholas Crossan in his capacity as President of the Association of Irish Local Government (AILG) in partnership with Kerry County Council.

To mark the Irish Presidency of the Council of Europe, the Bureau of Congress met last week in Tralee, County Kerry to discuss a variety of topics and hear from a range of speakers which included Kerry Mayor and Head of the Irish Delegation to Congress

The Bureau of Congress, also known as the Executive Committee of the Congress of Local & Regional Authorities in Europe is the local government assembly of the overall Council of Europe.

An emotional Ukrainian reunion took place at the beginning of the meeting as Ukrainian families housed by Kerry County Council had the opportunity to speak with congress members and meet with Ukrainian elected member Svitlana Bohatyrchuk Kryvko who delivered a powerful speech to the Congress.

During his welcome address to the Congress, Cllr Crossan offered his full support and solidarity with Ukraine and thanked the Ukrainian families present for sharing their experience.

In his concluding remarks, Cllr Crossan warned that “Putin's Ukraine invasion has been a wake-up call for a world taking democracy for granted”.