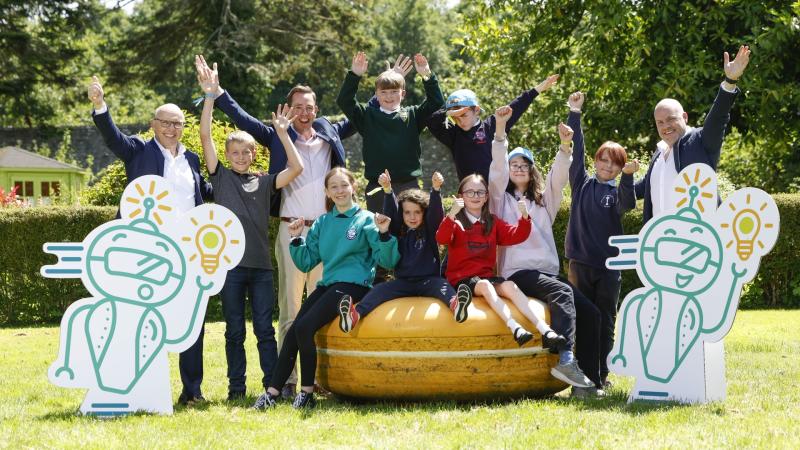 Two young primary school pupils from Donegal were among the winners in a national art competition aimed at highlighting the future of high-speed broadband.

Séarlait Mc Manus (11) from Kilkenny National School in Glenties and Abaigael Lockrey (12) from Cloughfin National School are among the competition winners in the ‘Imagine the Future’ art event.

NBI invited 100 primary school pupils from all over Ireland to an event at the Barretstown fun camp in Kildare for the presentation of prizes to the winners of the national final of the Imagine the Future competition.

Pupils were invited to create a piece of art to represent the world of possibilities that will be opened up by high-speed broadband.

Family favourite is back with a splash!

Project entries ranged from robot surgeons to interactive classrooms where VR headsets transport you to Ancient Egypt to wander around the pyramids. A key theme across the shortlisted entries was the focus on solar powered systems to reduce the impact of fossil fuels.

Ryan Tubridy, one of the competition judges, said: “I was delighted when NBI asked me to be one of the judges for the “Imagine the Future” competition and I had no doubt Ireland’s primary school kids were going to impress.

“In fact I was even more amazed than I expected. I love to see the imagination of our young people at work and combining it with the world of possibility enabled by new technology led them to create some really special work.

“Each entry told a unique story and I want to congratulate them all and of course pay tribute to the hard work of their teachers in primary schools all over the country.”