Tánaiste defends row with Deputy Doherty describing it as 'self defence' 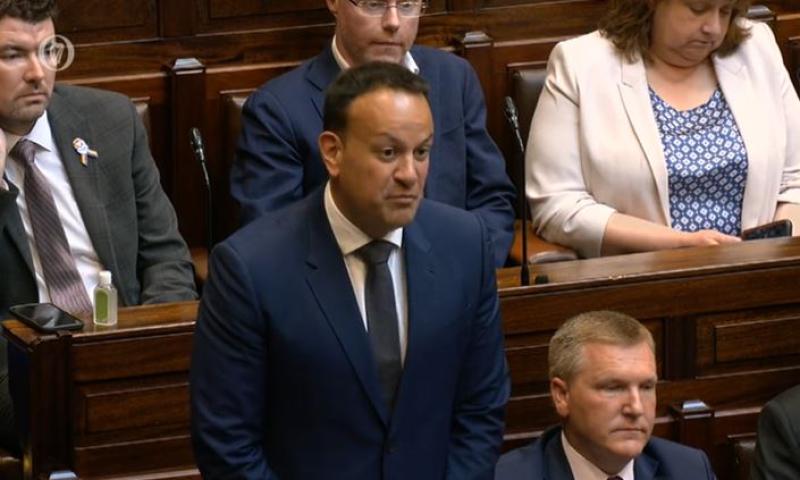 The Tánaiste Leo Varadkar has defended a bitter exchange of words with Pearse Doherty in the Dáil chamber last week and described it as 'self-defence.'

Tánaiste Leo Varadkar and Sinn Féin's finance spokesperson Pearse Doherty clashed in a heated debate in the Dáil this lunchtime, which was characterised by personal attacks | Read more: https://t.co/fgMi63OKO3 pic.twitter.com/KME7oGFQfB

Mr Varadkar told Newstalk Breakfast, this morning, that it "probably didn't" reflect well on politics - but is sometimes necessary. The Tánaiste didn't go through the detail of what was said last week but said that in his mind it was very much self defence.

'I think you have to stand up to bullies' - Tánaiste Leo Varadkar defends Dáil row with Sinn Féin's Pearse Doherty. @NTBreakfasthttps://t.co/uoomplrTnD

"It started off, let's not forget, because Pearse Doherty alleged that my party was out of touch because I'd steak and chips with Jimmy Deenihan in the members restaurant the night before - no public money involved."

"Yet they can go on their exotic, fundraising trips around the world and drink champagne, and they're totally down with normal people.

"When you have to listen to that kind of stuff day-in, day-out - I think even for your own mental health, every now and then, you have to snap back."