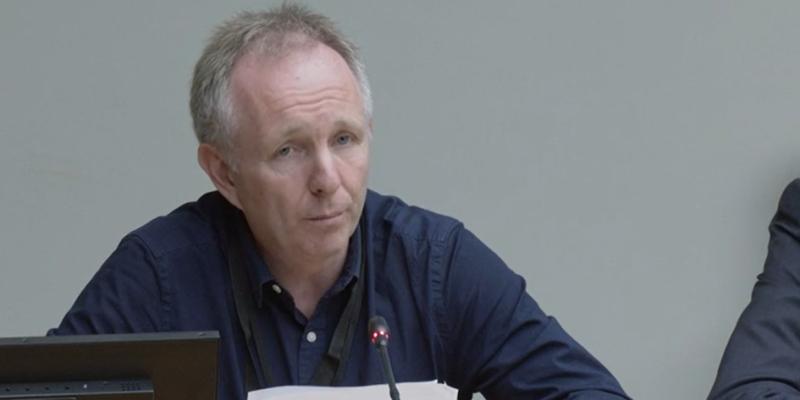 The Mica Action Group has told an Oireachtas committee that it has identified 35 issues in the latest defective blocks legislation that “render the scheme unworkable”.

An hearing held by the Joint Committee on Housing, Local Government and Heritage on the Defective Concrete Blocks Bill was told on Thursday that the proposed enhanced scheme will leave some of the more than 7,000 affected homeowners in Donegal facing six-figure sums to remediate their houses.
Mica Action Group public relations officer Michael Doherty told the committee the scheme is an attempt by the Department of Housing to “assert coercive control over the homeowners as opposed to seeking a solution-based approach”.

Mica campaigners have identified issues with the enhanced scheme including no testing of foundations, not allowing for the inclusion of deleterious materials other than mica such as pyrrhotite and not permitting “penalty-free downsizing”.

Mr Doherty said not allowing testing of foundations under the scheme is “playing with fire - ultimately costing the State more in the long run”.

He told the hearing that “it is criminal” that the State would put a block in front of affected homeowners who are prepared to downsize their homes and lose equity. Pyrrhotite is the elephant in the room and has not been referenced by the scheme, he said.

Many rental homes, holiday homes, some inherited homes and homes occupied by vulnerable adults that are not classed as principal private residents are excluded from the scheme, Mr Doherty said.

“This is not 100% redress despite what the State might claim," and families have been stressed to breaking point, he said.

“The scheme should be a way out of this nightmare but instead it is an inflexible, cynical, illogical and blinkered approach burdening homeowners with yet more stress. Where is the empathy from the State? All we want is what we had and what we paid for,” he said.

Aidan Houten, a quantity survey from Donegal, said that the cost per square foot for the rebuild of a 2,500-square foot house, including the cost of foundations and taking inflation into account, is €180 as opposed to €147 as recommended by the Society of Chartered Surveyors Ireland. He said building materials are continuing to increase in cost with the price of insulation about to increase by 25% next month.
He said smaller houses are going to cost more per square foot to build.
The rates per square foot are not just working and homeowners are having to put their hands in their pockets, he said.

Professor Paul Dunlop, research director for geography and environmental sciences at Ulster University, said analysis shows that it “is absolutely clear” that pyrrhotite is releasing sulphur which is turning into sulphuric acid and this a factor in the cracking of concrete blocks in Donegal.
“It is a real thing and it cannot be ignored,” he said.
In Donegal, the current standards are saying “that the problem is mica and mica alone,” he said. “We need the science to move forward.”
He said there is a denial of the problem of pyrrhotite in Donegal. “There is evidence there to show it is a widespread issue.”
Chartered engineer Thomas Campbell said pyrrhotite had been found in 66 of 77 homes on which scientific reports have been completed. Sixty-one of those were found to have “an unprecedented amount” of pyrrhotite.

Mica redress campaigners demonstrate outside of Dáil as concerns remain

Dr Andreas Leeman, an expert in concrete technology at the Swiss Federal Laboratories for Materials Science and Technology who believes the deterioration of concrete blocks in Donegal is caused by pyrrhotite, also addressed the hearing. He said some foundations might have no problem “but others are a ticking time bomb and you don't know exactly when it will go off”.
Asked by Donegal TD Pádraig Mac Lochlainn why there has not been testing for pyrrhotite, chartered engineer Aiden O’Connell, who advised the Government's expert group on the Defective Concrete Blocks Grant Scheme, said that the issue with defective blocks in Donegal had initially been identified as a mica issue.
He said the presence of pyrrhotite is not necessarily a cause for alarm.
“Pyrrhotite in itself was not being identified as a problem and currently pyrrhotite has not been identified as being a causation problem. It has been identified as being present.”