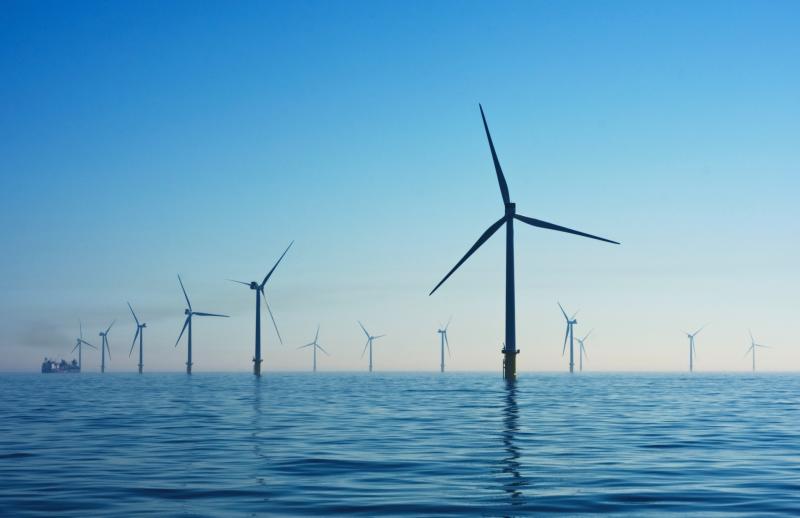 An historic Memorandum of Understanding has been signed, giving the local fishing industry a say in the future of offshore windfarms in Donegal.

The Killybegs Fishermen’s Organisation (KFO) and Sinbad Marine Services signed the Memorandum of Understanding with global floating offshore wind developer and technology provider, Hexicon AB. The innovative and historic partnership is predicated on a ‘new approach’ which sees local fishermen engaged and influencing the development process from the onset.

Seán O’Donoghue, CEO of the KFO said: “This is a unique new approach to how floating wind energy can work in collaboration with fishermen. We at the KFO, weren’t interested in being presented with a fait accompli nor lines drawn on maps by any prospective developer.

"In signing this MoU, we have guaranteed that we will be at the centre of a project which has the potential to be an economically-transformative. Offshore wind is coming and with the KFO seeking out a new approach to partnering with a suitable developer, we have put ourselves in pole position to harness a historic opportunity for the North West."

The global expansion of offshore wind farms is however often a concern for fishing communities and cause for conflict. In that context and in order to avoid potential controversy, the KFO, Sinbad Marine Services and Hexicon are joining forces to create a ‘new approach’ for the development of floating wind projects. This is the first time in offshore wind that key players from several fundamentally-opposed sectors have come together to collaborate on a project with a common objective.

Key decisions, including site selection, cable routing, and land fall, will be collectively analysed and agreed. Similarly, other stakeholders, including environmental organisations will also be given input at an early stage in shaping the location and design of the floating wind farms. In parallel, long-established port operator and marine service provider, Sinbad Marine, will ensure the floating offshore wind project maximises its engagement with local industry and leverages local infrastructure.

The focus of the Memorandum of Understanding is for the parties involved to cooperate and agree solutions which are mutually beneficial for the development of a wind farm which does not negatively impact the fishing industry nor the marine environment while contributing to the transformation of local and global energy supply chains.

The Global Wind Energy Council has highlighted Ireland as one of the top five emerging markets for offshore wind, with some of the world’s best wind resources with wind speeds over 10 metres per second (m/s).

Along with the vast continental shelf, Ireland also has a large sea area with perfect bathymetry for floating wind. These are just some of the reasons why Ireland is attracting offshore wind developers from all over the world.

In parallel, the fishing industry in Ireland represents an important economic sector, generating national income and providing employment for thousands of people. Successfully combining these two worlds will put coexistence at the centre of future offshore wind development in Ireland and elsewhere.

Marcus Thor, CEO of Hexicon said: “As an early-stage developer of floating offshore wind projects, coexistence is at the centre of what we do. It is absolutely essential that we base our projects on constructive dialogue and collaboration with key local stakeholders and regional organisations. We hope that this can serve as a precedent for other offshore wind developers globally."

The proposed new floating wind farm is to be located more than 50km off the Donegal coast and has the potential to deliver up to 2 gigawatts (GW) of energy.

It could also position Killybegs as a leading service hub for the fledgling offshore wind industry as well as helping establish energy independence for the fishing industry and wider region.

The proposed project is the brainchild of the Killybegs Fishermen’s Organisation and Sinbad Marine Services which have signed a Memorandum of Understanding with Swedish floating offshore developers and technology providers, Hexicon AB.

"Providing a stable supply of clean energy will help Killybegs become the first green port in Ireland, which will significantly transform the economic and social opportunities for future generations in the region."

A Phase Two Marine Area Consent (MAC) will be applied for under the new Marine Area Planning Act. The Maritime Area Regulatory Authority (MARA) which is soon to be established, will manage permitting of all offshore projects by issuing a MAC to all qualifying projects. Award of a MAC in turn, allows the developer to make an application for planning permission to An Bord Pleanála.

It is intended to use part of the energy generated to produce green fuels such as hydrogen or ammonia which in turn could be used to power the fishing fleet whilst also contributing to energy security for the port and local community. This pioneering initiative will require around 6,400 tonnes of hydrogen annually.

Contingent on adequate grid reinforcement being provided, the remainder of the energy will be connected to the national grid and contribute to Ireland’s stated target of 5GW from offshore energy by 2030. Ireland has the potential to generate at least 30 GW of offshore wind.