Donegal musicians featured in "From the Bridge: a view of Irish Traditional Music in New York" 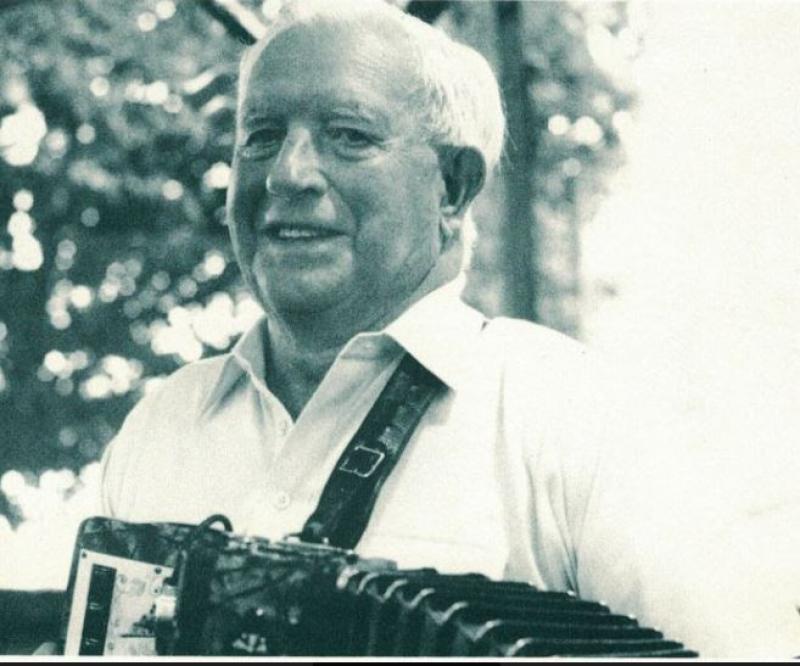 For centuries waves of Irish emigrants have carried their local song, music, and dance heritage across the Atlantic from rural homes all over the island of Ireland.

Disembarking at Castle Garden, Ellis Island, and JFK airport they dispersed to establish new lives throughout the United States but also settled in New York City and its environs.

‘From the Bridge’ which is happening thanks to the Irish Traditional Music Archive (ITMA), with support from the Government of Ireland – Emigrant Support Programme, opens a window to traditional music, from the 1870s to the present day, played socially in the homes and bars of New York, as well as commercially, on stage and in recording studios.

Among the musicians celebrated, and to be heard in the digital exhibition are two Donegal emigrants: fiddle player, Hugh Gillespie (1906–1986) and melodeon player, Tony Doherty (1913–1998). 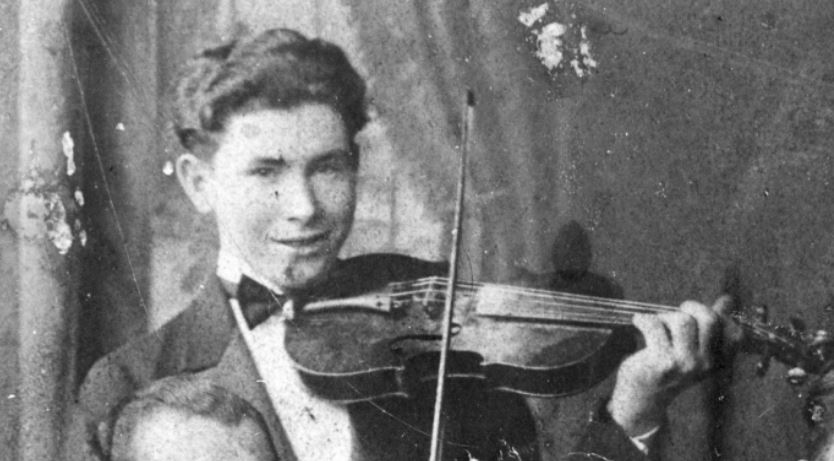 Hugh Gillespie (above) (1906–1986), from the townland of Dreenan near Ballybofey, had the good fortune to be introduced to the legendary fiddle player Michael Coleman only days after his arrival in New York.

The Sligo master took a shine to the youngster from Donegal and formed a close friendship with him. Coleman tutored Gillespie in the intricacies of his bowing style and took him on as a partner in radio work. Gillespie also played in bands with his accordionist brother Jim.

In 1937, Coleman introduced Gillespie to a Decca studio manager who agreed to set up a recording session for the younger fiddler. The first tunes he recorded – Master Crowley’s Reels – became a classic side, one that included a rare example of Donegal repertoire on record in the 78 rpm era.

Many other tunes on Gillespie’s ten Decca discs were ones he had learned from Coleman, and that Coleman had previously recorded himself.

Hugh wisely chose to give them new titles so that listeners who already had the Coleman version might be tempted to purchase his own.
The war years of the 1940s put an end to Gillespie’s recording career, along with almost all other Irish traditional artists. But he continued to play, and to teach music to youngsters, both in New York and after returning to live in Donegal with his wife in 1964.

One of the musicians Hugh taught on his return home was Crossroads, Killygordon fiddler Frank Kelly. A relation and friend, the two men played together several times a week until Hugh’s death in October 1986.

Frank has recorded two albums honouring his mentor: Memories of Hughie Gillespie, and Sparkling Dawn: a live recording made with Hughie in his house in 1964.

Melodeon player Tom Doherty (1913-1998) from Mountcharles left Ireland in 1948 and settled down in Bay Ridge, Brooklyn.

Tom was already a well-practiced master at playing for dances, having spent some time doing so in Glasgow, and got offers to play in New York dancehalls. He knew the perils of that line of work too well, however, and preferred steady employment in a cold storage facility.
Later in life, Tom would become a regular at the Monday night sessions at the Eagle Tavern and the annual Irish festivals at Snug Harbor, Staten Island.

He made a solo recording, Take the Bull by the Horns, for the Green Linnet label and returned to Ireland in 1992 to perform with other American-based musicians at a Cork University traditional music festival from which emerged the live recording Dear Old Erin’s Isle.

From the Bridge features over 370 specially selected sound and video recordings, 190 images, as well as engaging and informative biographies of the musicians, and contextual introductions.

You can visit the exhibition: https://itma.ie/newyork

The user can focus on a particular musician, browse through galleries and playlists, or follow a musical timeline to discover new sounds and stories.

While drawing on material from the existing ITMA collection, this project has been generously and richly enhanced by the donation of previously unheard recordings and unseen images from private collections held by New York families.

Through digitisation and digital preservation, these at-risk materials have been preserved by ITMA and are now freely accessible to a global audience.

The story of how the tradition migrated from rural Ireland to the USA is central to our cultural history. This unique project will help renew the deep cultural bonds between Ireland and the USA through increased digital connectedness and meaningful engagement.

As a valuable learning resource, it provides a bridge between our thriving creative traditional arts sector at home and those increasingly disparate groups who identify with Irish heritage and culture in New York.