Máire’s final tour pauses for a whiskey in Crolly

World Tour: As Clannad’s world tour continues will there be a final gig in Donegal? 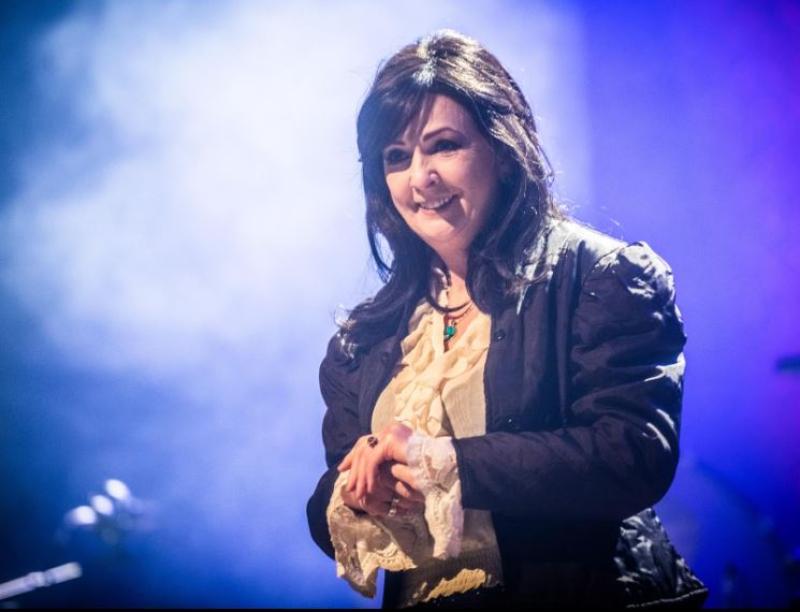 This is what happens when worlds collide. You’re taking a break from the 38-date, 12-country European leg of your farewell world tour and you invariably end up not too far from the stage your father carved out for you and your siblings in Tábhairne Leo in Mín na Leice.

Máire Philomena Ní Bhraonáin's generosity of spirit and grounded connection with her roots always bring her back home to west Donegal and on this occasion to perform at the official launch of a new whiskey distillery on her doorstep.

Ironic really when you consider her formative years growing up in a pub environment and the fact she’s now an investor in the new Croithlí whiskey brand.

She was mightily impressed at the transformation of the old factory into the new distillery and feels it will prove a major attraction for this part of the county.

“I was thrilled to get the opportunity to be involved as a founder [investor],” she said.

“I’d pass this building so many times and say I wish something would happen. Joe Devenney and the guys came up with an amazing idea. I am absolutely 110% behind them and am a founder and very proud of it.

“I visited here a couple of times and I’ve seen the progression but coming here today and seeing the detail and everything that they’ve done is absolutely incredible. It’s hard to put into words. You have the old and the new here. They've really created something unique.”

Clannad’s first lady of Celtic music was in an upbeat and loquacious mood when she entertained with friends at the former Crolly Doll factory on Saturday last.

She was back on a break from celebrating an exceptional award-winning 50-year career which includes an incredible and enduring body of work - 16 studio albums with Clannad and at least 14 other solo and collaborative offerings.

With Grammys and BAFTA awards among their many honours and 20 million records sold worldwide, this farewell tour is definitely it, she says.

“We’re doing some festivals this summer then we’re going to America and Canada in September-October. We do our last Dublin gig on December 9 then we head to Australia, New Zealand, Japan, and one or two Asian stop-offs. We finish the tour in 2023 in London and that’s it.”

Grandest stages
Máire has played on the grandest stages in the world with many, many famous singers and musicians but never more at home than Saturday last offering a unique rendition of the famous Crolly Doll song. She admitted never singing it before but had fond memories of her father Leo entertaining many audiences with it in the tavern.

“I grew up wanting a Crolly Doll. When I was asked to sing today I started thinking my dad used to sing The Crolly Doll but I hadn’t the words.”

That problem was soon solved when one of the men behind the whiskey project, Joe Devenney took a picture from the distillery walls with the words of the John McBride penned tune on it

“I knew the melody inside out because of my dad but not the words. There they were up on the wall in a frame. They took it down and I couldn't resist. I’ve never sung it before.”

She need not have worried, it went down a treat.

Máire and Clannad have had numerous appellations ascribed to them, folk, folk-rock, traditional Irish, Celtic, and new-age, often incorporating elements of smooth jazz and Gregorian chant but their creativity continues to endure as their latest multi-format, career-spanning ‘In a Lifetime’ Anthology proves.

To date their tour has been wonderful she says.

“The spirit we have on the stage at the moment is really amazing because we know it's the final tour. It's nice that we've decided to go out on a high rather than let it dribble on and if people are thinking they'll be out again, the answer is no. We really decided this.

“Clannad was always strong. When we decided to do something, we took it upon ourselves and did it, so this is it. It will be the last chance in Dublin on December 9.”

Asked if there might be a possible homecoming gig Máire was noncommittal but didn't say no either.

“Maybe, but it won't be the same show. We don't know yet. It's kinda hard to say.

“We started on the stage here. There might be a low-key thing but not what we have now.”