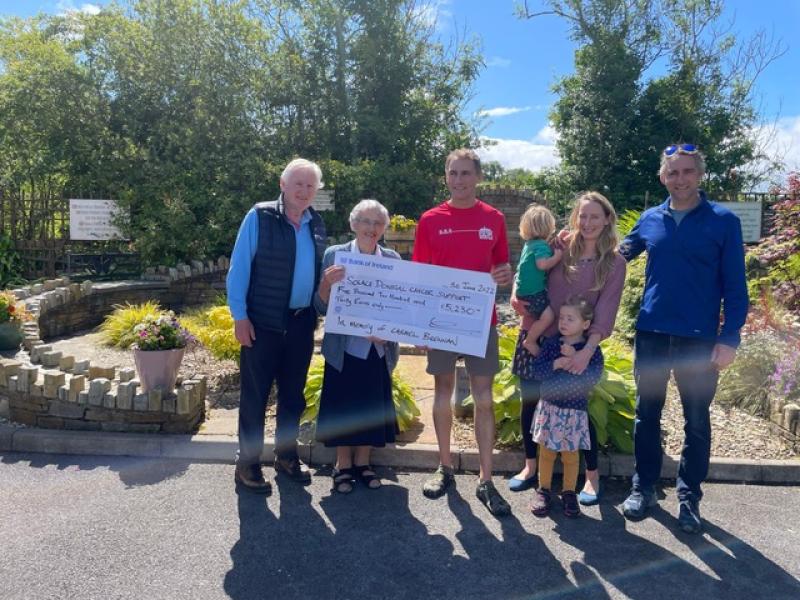 By taking part in the event which took place on June 5, the Mountcharles native raised €5,230 for the Solace Cancer Support Centre in Donegal Town,

The Escape From Alcatraz triathlon is a three-race event including a 1.5 miles swim from the notorious prison island of Alcatraz, across San Francisco Bay. This is followed by a hilly 20-mile bike ride and an eight mile run.

This year there were more than 1,300 competitors at the start line and Kevin, who now lives in San Francisco, finished in the top quarter of men in his age group, 46 to 50.

Kevin was delighted to present the cheque for €5,230 to Sr Magdalene and her team at Solace Donegal Cancer Support in recognition of their great support for his Mum.