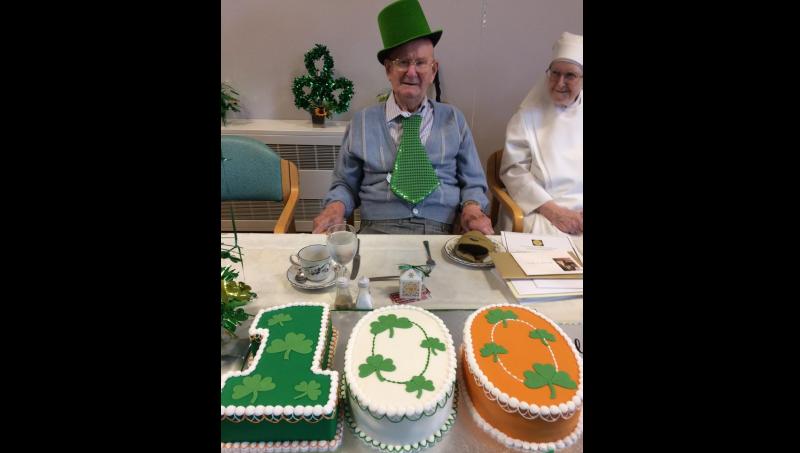 The 100th birthday celebration took place in St Joseph’s Little Sisters of the Poor in Manchester recently of Frosses native, Bernard McDevitt.
Bernard was the youngest of a family of 14 born in Frosses and is now the last surviving member of that family. He began his professional career as a nurse before he progressed to a senior position in the NHS as the Chief Executive Officer of Rochdale area Health Authority.
For many years he also sat on the bench as a Magistrate in Manchester crown courts.
A true and proud Irishman, the Frosses centenarian and adopted Mancunian is also the recipient of the Benemerenti medal from the Pope for his services to the church.
He also served as a member of the Gaelic League and is known for his ability to cast an occasional nod for his love of all things Irish music, with renditions of his favourite Donegal ballads.
To celebrate his landmark birthday on August 20, the sisters held a ‘hooley’ with a very Irish flavour of song dance and music.
As the music played and set dancers performed, Bernard cut the beautiful cake specially made for the occasion in green, white and orange. 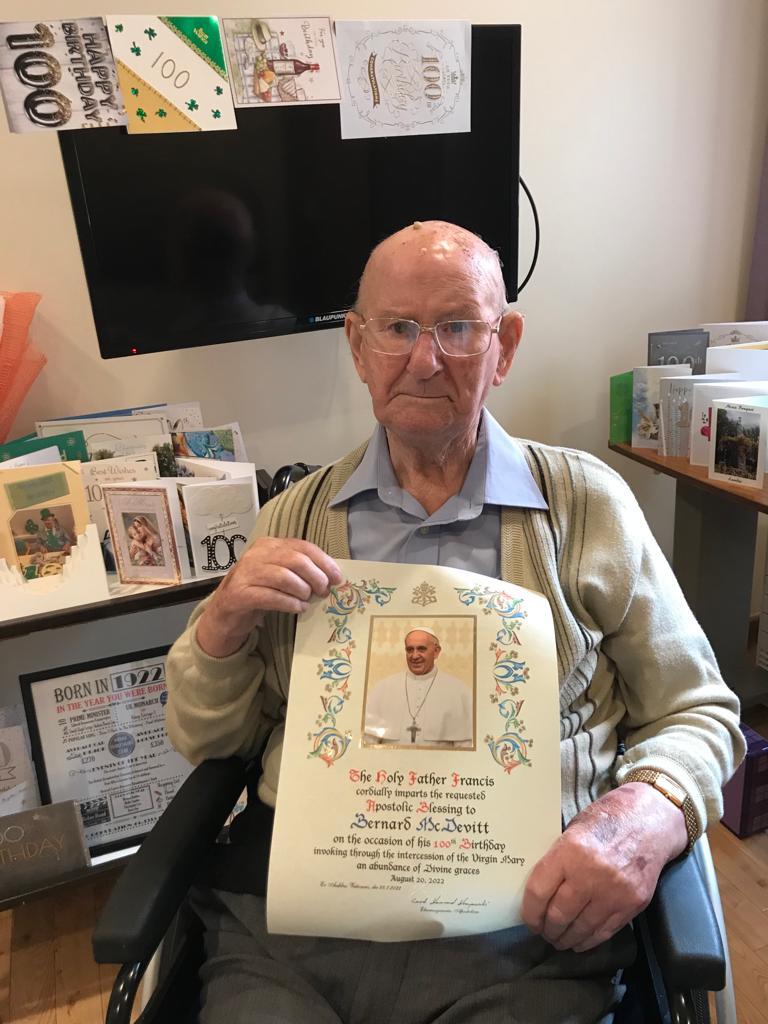 Bernard with his Apostolic blessing from Pope Francis

Highlight of the evening was Bernard reading a personal letter from the President of Ireland by Michael D Higgins as he summed up Bernard’s long life.
This letter was accompanied by a cheque for £2,200 for Bernard.

Although reaching the milestone birthday of 100, Bernard is hale and hearty and we wish him many more years of good health and happiness from the shores of his native Donegal.
Thankfully, he gets sent the Donegal Democrat each week from his longtime good friend, Ray McGough so he will be able to read of his landmark birthday first hand.