Both emergencies dealt with successfully 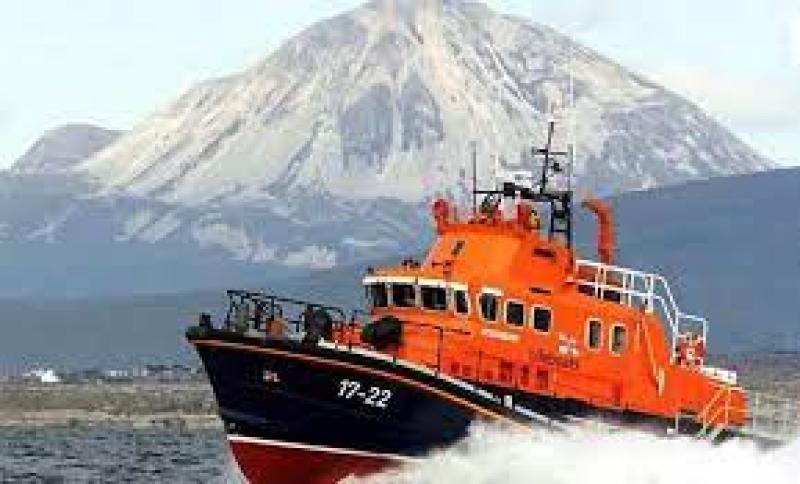 Arranmore RNLI were in action on Friday and Saturday

The voluntary crew of Arranmore RNLI was called into action earlier this afternoon when at 2 45pm the lifeboat it was tasked by Malin Head Coastguard to launch following a report of two people in the water half a mile north of the Sound of Owey island when their 17 foot aluminium boat overturned.

On arrival at the scene, both casualties had been rescued by the Bunbeg Coastguard boat and were taken to Magheragallon pier where they were transferred by ambulance to hospital. Coastguard helicopter, Rescue 118 was also on standby to assist.

The lifeboat crew righted the stricken boat, secured a tow rope, and towed it to Burtonport. Sea conditions at the time were calm with good visibility.

The lifeboat refuelled at Burtonport and returned to base at 5 30 pm.

Coxswain, Jimmy Early on return said: “We are really pleased that both casualties were rescued and well done to the Bunbeg crew. We work very closely with the coastguard services to ensure the best possible outcomes for those who get into difficulty on the water and ask that people familiarise themselves with the RNLI’s safety messages which can be viewed at rnli.org.

The lifeboat was also in action yesterday (Friday) when it responded to a call to assist a medical evacuation from the island at 6.45 am. The patient was transferred to a waiting ambulance in Burtonport and on to Letterkenny University Hospital.