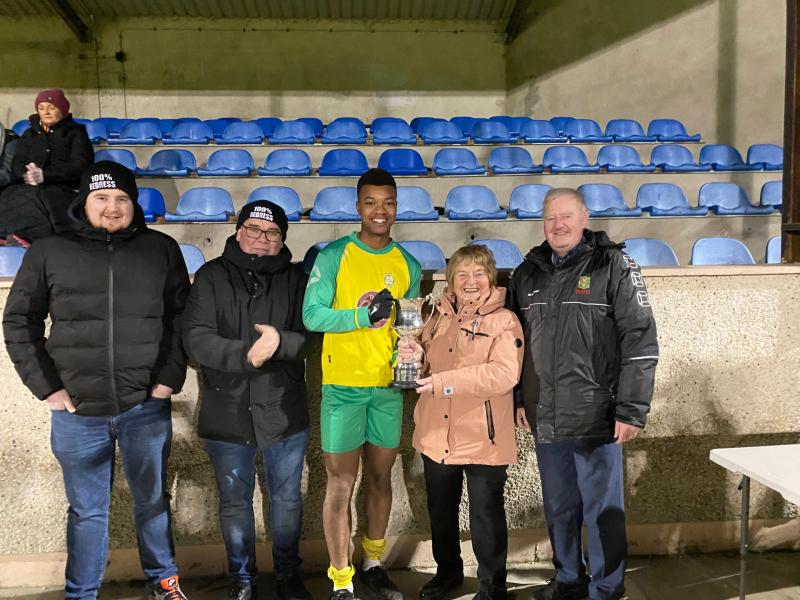 “It was a big ask and he went in under serious pressure,” McCroary said.

“He stood up to it and Jack played his part really, really well.

“The lads were unreal. I can’t put into words how proud I am of them.

“Our backs were to the wall after the sending off but that second half performance was unreal. It was brilliant the way they dug in.”

Drumkeen had the upper hand in the Colin Breslin Cup final against Bonagee, but it was the Dry Arch men who took the season’s final piece of silverware.

McCroary said: “Conditions were desperate. The ball was all over the place, it was very windy. We can’t complain, we’ve done it.

“We can say that we deserved it, but we definitely went out and earned it. I couldn’t be happier for the boys, it was a super performance and was a well-deserved win.

“Adam deserved that goal. He was up there on his own and he covered so much ground. He just got the break and it was some finish.”