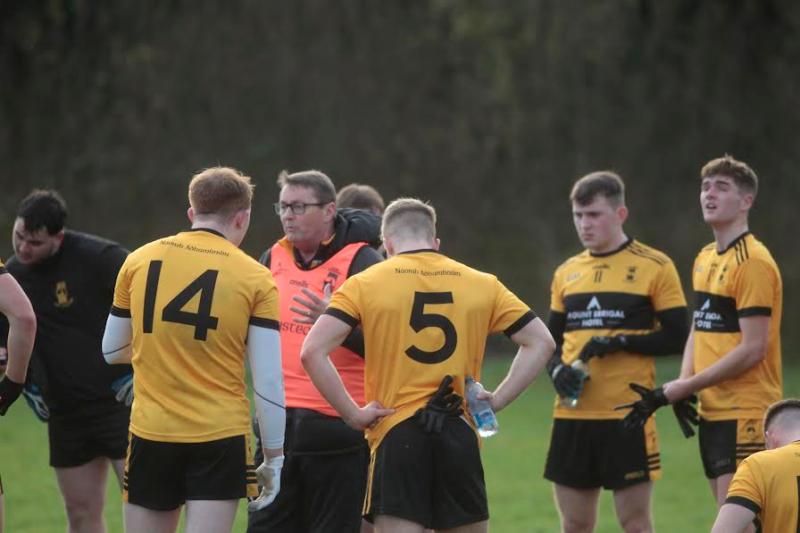 Padraig McGettigan says the winning vibe at St Eunan’s is driving the club’s under-21s in their pursuit of championship glory.

McGettigan was a member of the St Eunan’s senior squad that won the Donegal SFC recently.

It has been a superb year for the Letterkenny club with the senior hurlers, senior ladies and reserve footballers all winning championships.

McGettigan scored a hat-trick on Sunday as St Eunan’s moved into the semi-finals of the U21 Championship.

“We have a good lot of the boys who played with the senior team and are moving on with this team,” he said.

“Around the club, the spirit is up. We’ve won a good few competitions between the ladies, the seniors, the hurlers so it’s been a great year for the club.

“Hopefully we can push on to another championship.”

Ronan McGeehin’s goal, just 15 seconds in, sent St Eunan’s on their way, but McGettigan says they’ll need to improve on their first-half display.

McGettigan said: “We started pulling away in the third quarter.

“They were right with us and we weren’t clinical enough in the first half. We did simple things in the second half and pulled away nicely.

“It’s good with this group. They’re a good bunch. We can just go out and play.

“When you’re enjoying it, that’s the main thing. It’s a nice age group and enjoyable coming off the back of the seniors.”