Presentation ceremony for the Bostik All Ireland Confined Drama Finals 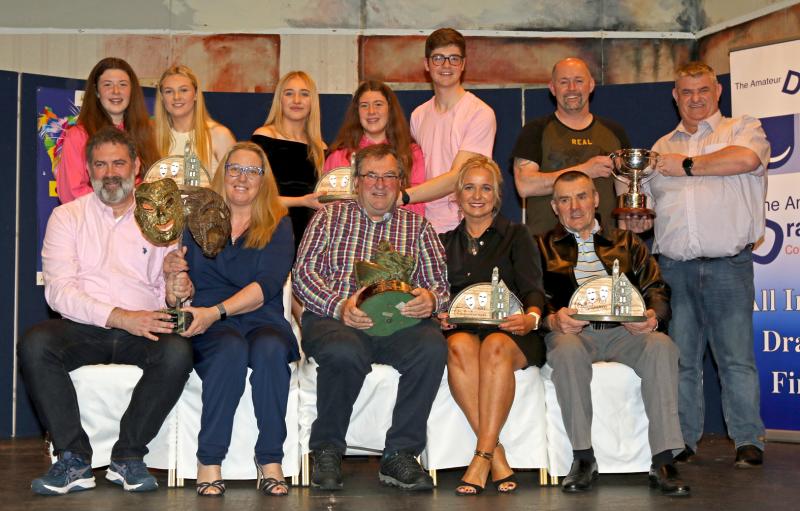 After nine nights of drama performed by players from all over the country, the All Ireland Confined Drama Festival came to a conclusion last Friday evening. 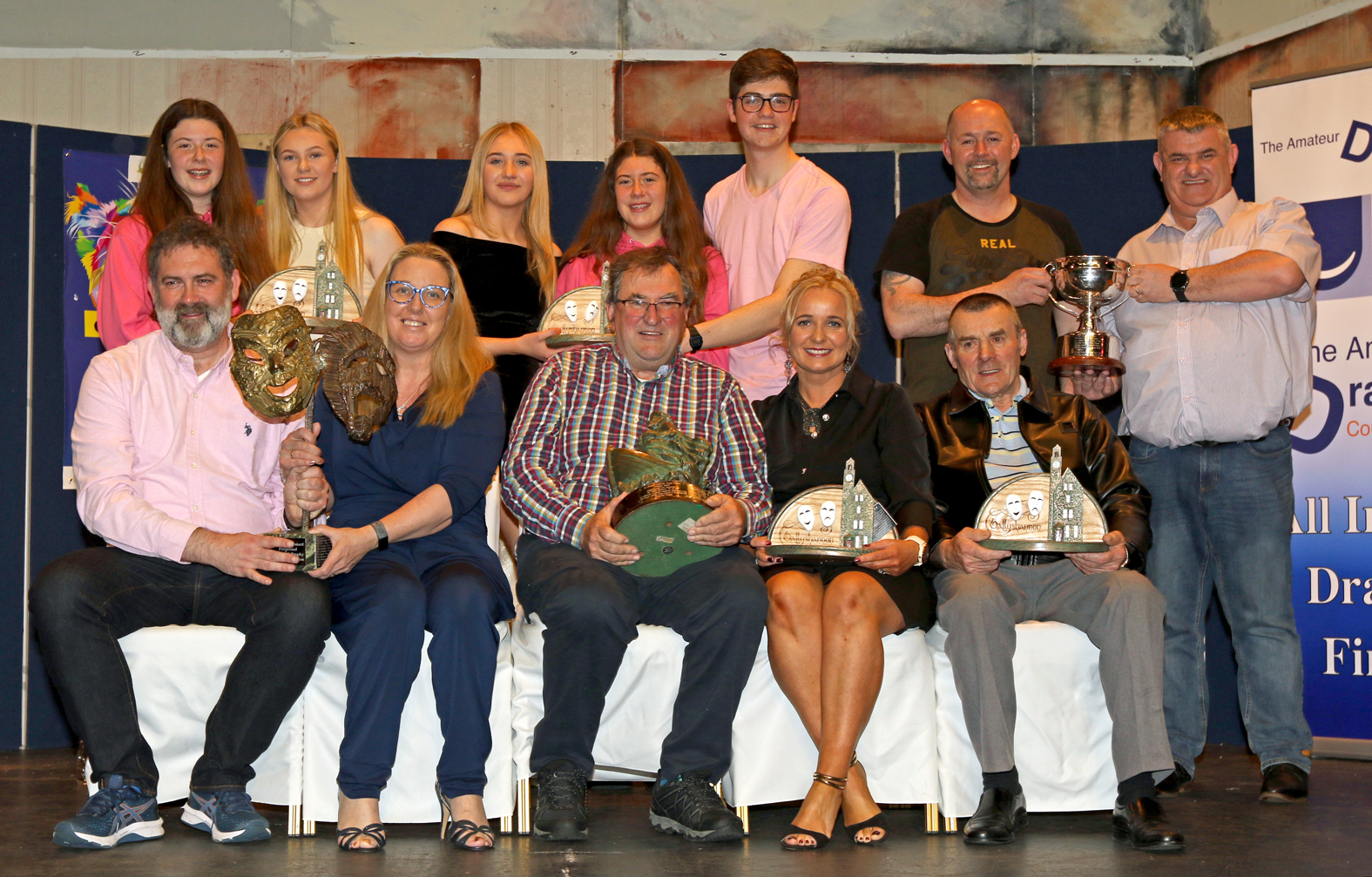 In the awards ceremony in the Abbey Arts Centre in Ballyshannon, Kilmuckridge Drama Group took the Premier Ward for their presentation of The Playboy of the Western World.

Adjudicator Paul Fowler thanked everyone involved, from hosts Ballyshannon Drama Society to everyone who took part.

He said: “I have enjoyed every moment of it. Congratulations to everybody - organisers, teams, audiences, and everybody concerned with the culmination of the Confined circuit this year.

“It’s been quite a festival ladies and gentlemen.”

Coman Keaveney, Chairperson of the Amateur Drama Council of Ireland (ADCI) said: “On behalf of the Amateur Drama Council of Ireland I want to sincerely thank John Travers, Trisha Keane, and the wonderful team of Ballyshannon Dramatic Society in what has been a most challenging couple of years and week, but they stood to the mark and don’t you all agree, they done a fabulous job?

“What a terrific nine nights of drama we had. All of these groups have done themselves proud. They have done their communities proud, and gave entertainment that you would not see on Broadway over the last nine nights. Well done everyone.”

Mr Keaveney said that over the years the All Ireland Confined Finals had been a real celebration of amateur drama.

“This year the standard again has exceeded expectations,” he said.

The ADCI chairperson had a special word of thanks for the people of Ballyshannon.

“The wonderful hospitality that each group received here this week, and also the visitors to the town, it wasn’t just here [in the Abbey Arts Centre], you went up the town and you met people and you were made feel so welcome - it is a credit to the people here tonight and to the people of Ballyshannon, and much appreciated,” he said.

He also thanked the nightly audiences, adding: “It is clearly evident that amateur drama is alive and well when you see the massive attendances here night after night.”

Chairperson of Ballyshannon Drama Society Trisha Keane thanked all the sponsors and participants, as well as anyone who had supported the festival in any way.

Chairman of the Drama League of Ireland Willie O’Brien expressed his thanks on behalf of all the participating groups.

The presentation night included a ceremonial ‘passing of the flag’ to Glenamaddy who will host the 2023 event.

Best Supporting Actor: Richard Devereux as ‘Old Mahon’ in The Playboy of the Western World

Scholarship to Drama League of Ireland Summer School: Cian Boyle, Billy in The Cripple Of Inishmaan