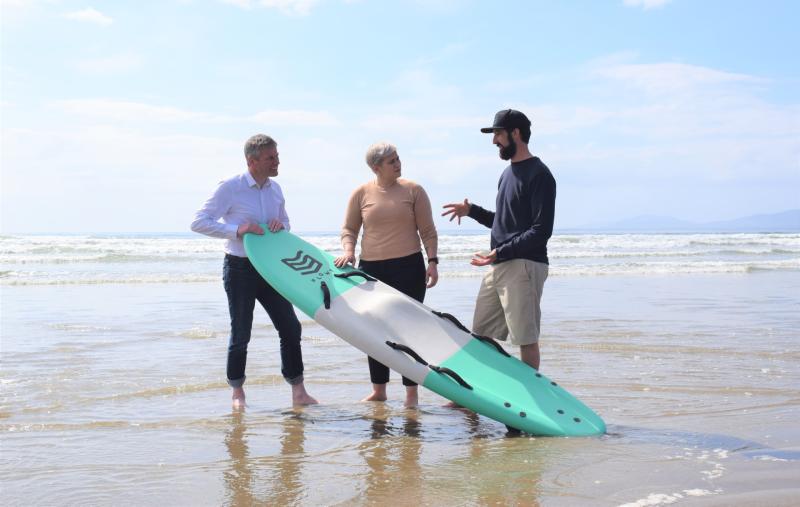 MEP for Midlands-North-West Maria Walsh (FG) visited south Donegal to see first hand some of the businesses and organisations operating in the area. 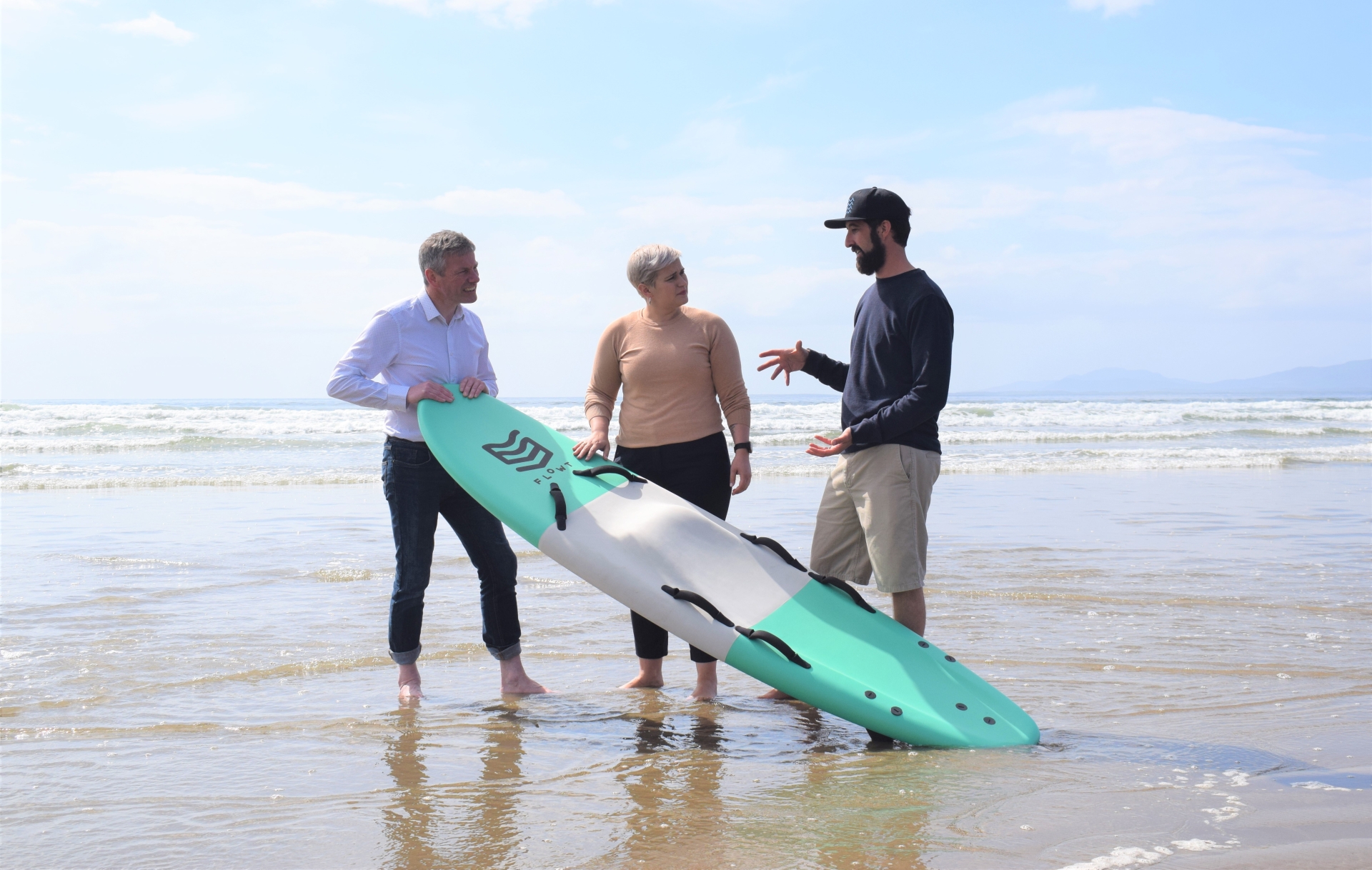 She was accompanied by Cllr Barry Sweeny and local Fine Gael branch members.

Tom Losey of Liquid Therapy explained that the facility was the first inclusive surf site in the country.

“It started with one kid,” he said. “We saw the need for something like this, and started working with more young people with additional needs.

“We also work with the HSE to improve the mental health of young people.”

Mr Losey’s passion and vision to offer a full, meaningful watersports experience for young people with additional intellectual, physical and mental health needs shone through as he gave MEP Walsh and Cllr Sweeny a tour of the facility.

He explained that he got the idea while in California and seeing how surfing had helped a child with autism.

“I thought, why just autism?” he said.

Mr Losey explained that there were 900 young people in Donegal alone on the mental health list, and resources were grossly inadequate.

“The ocean is such a free and available resource,” he said. “The landscape is much bigger than just the activity.

“What we do is about empowering people, not just the young people but the whole family, bringing them to a restorative place.

“The real effect is far beyond what you are doing for that person.”

As well as providing surfboards and wetsuits, there is a beach wheelchair and suitable changing facilities for families whose children cannot use toilets.

And Mr Losey demonstrated a specially moulded surf board which provides additional support for wheelchair users, making it easier for them to control the board and stay on it independently.

Mr Losey said that while he was grateful for grant funding received for equipment, support with running costs was also needed.

“People are happy to be associated with buying the surfboards and wetsuits,” he said.

“But there is so much expense in administration, insurance, toilets, all that kind of stuff.”

MEP Walsh is well known for her advocacy work in mental health. She said that the EU’s spend on mental health was only 4% of GDP, and that she was pushing hard to get this changed.

She discussed the benefits of trying sports therapies before medication for mental health challenges in young people.

Mr Losey agreed wholeheartedly, saying that the knock-on effect of a day spent surfing at Rossnowlagh was huge.

After visiting Liquid Therapy, MEP Walsh visited Castle Farm between Rossnowlagh and Ballyshannon. She had a flavour of how agri-tourism makes the most of resources and amenities to provide a unique attraction for locals and tourists alike.

During her visit, the MEP also met a number of local business people.