The team finished a hugely respectable second in their first Regatta

Donegal Dolphins, the youth section of Donegal Dragons were very successful in their first ever Regatta. 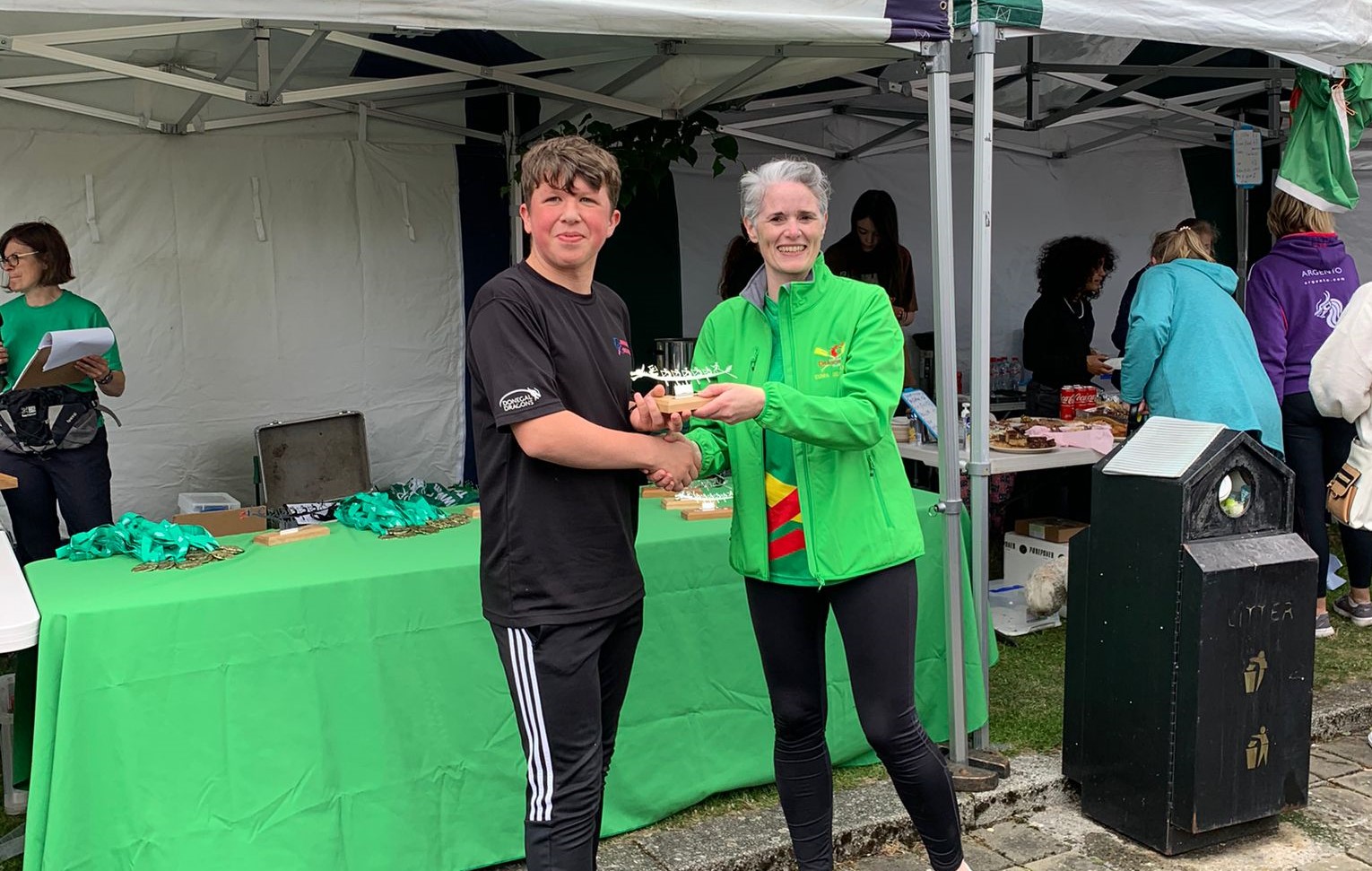 Trained and helmed by local GP Dr Bev Huss, the crew put in a superb day of paddling to secure second place in the Carlow Regatta, run by the Irish Dragon Boat Association (IDBA).

They competed on the River Barrow against crews from Athy and Carlow, with their two best times from three 200m races deciding the final standings. The race was won by the more experienced Barrow Dragons from Athy.

The rain which had been forecast never materialised, and although there was a bit of wind, paddling conditions were very good for the Donegal crew who are used to the more changeable maritime conditions.

A great day was had by all, with the racing bug very firmly caught by all who took part.

Next up is the Donegal Dragons home Regatta in Donegal Town on July 30.

The Dolphins’ senior counterparts, Donegal Dragons didn’t have a full team taking part. However five members joined other crews and they also enjoyed success on the day.

Four paddlers, Deborah Bonner, Georgina Given, Sandra Perry and Siobhán McNamara raced with the formidable Dublin Vikings and were delighted to help the team to second place in the hard fought Open Section. Also in the Open Section, Deirdre Scanlon raced with the Liquorice Allsorts, a composite team made up of members from a number of clubs around the country. They finished third behind the Dublin Vikings and the home team Carlow Crusaders.

Dragon boating is slowly finding its feet after Covid, and race days are helping to reestablish the great support and camaraderie that exists within the sport.

More information on Donegal Dragons can be found on the club Facebook page.