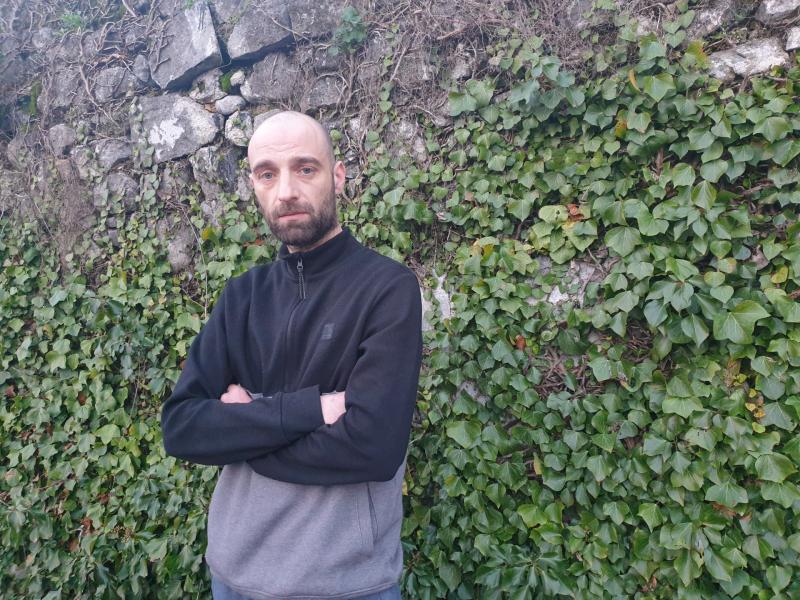 THE former suspect in the Ashling Murphy murder investigation has extended his sympathy to the grieving family and has spoken of the trauma of his detention and the resulting public commentary.

“I feel terrible for the misfortune of the young woman and the family. I can't even imagine what they are going through,” Radu Floricel said today.

In an interview, the 39-year-old said the two days in custody were the most terrifying of his life.

“I have helped and will continue to help the investigation all I can. It has been a horrific experience for me, my family and my solicitor.”

He said his solicitor, Donal Farrelly, had been subjected to verbal abuse as he walked to and from the Garda Station in Tullamore where Mr Floricel was detained from 5pm on Wednesday until 11pm on Thursday.

While he was being questioned on Thursday, his sister was appearing in court on a charge of failing to leave the family home during a time when it had been designated as a crime scene. She was remanded in custody with consent to bail until next Wednesday.

He said he had been identified on “media and social media” and “really bad” and “degrading” things had been said about him.

When he was released on Thursday night, the gardai issued a statement saying he was no longer a suspect and had been eliminated from their enquiries into the killing of 23-year-old Offaly schoolteacher Ashling Murphy.

Mr Floricel, who has been living in Ireland since he moved from Romania at the age of 16 to be reunited with his parents, said he wants his name to be completely cleared.

He said he does have a number of previous convictions for public order offences and believes an existing assault charge arising from an incident last year at his home will be dropped.

“We are a proud Romanian family. We don't think that should be seen as degrading or anything like that,” he said.

“My mother is a voice trainer for singing and speech therapy. She has had students from all different families in town. A lot of families and people know us.”

He said he and his mother, grandmother and sister all live together and have integrated well in Tullamore - a family with dignity.

His parents lived in Dublin at first and ran a restaurant there and they then established a coffee shop in a Tullamore shopping centre.

Mr Floricel said he had worked locally in a mobile phone shop, had gone to Athlone Institute of Technology and Sligo to study, and more recently was employed in a gaming arcade before it closed because of Covid-19. He has one daughter and is estranged from her mother.

The arrival of the gardai at his door on Wednesday came as a massive shock to him.

“The house is destroyed. Everything was turned upside down. I don't know what they were looking for.”

At least four hours earlier he had got a lift from a friend to a nearby shop to buy milk, coffee and cigarettes and then walked home by a different route, along the southern bank of the Grand Canal, and back onto the road leading to his home.

The fatal assault of Ashling Murphy occurred on the northern bank, on a walking and cycling route which has been paved with tarmac, while the side Mr Floricel walked on has a grassy towpath.

He said CCTV from the store which was shown to him when he was being questioned proved he had been there at that time.

He also said his phone had further evidence of what he was doing because it logged the music he was playing.

“I love walking along there,” he said.

After he was brought to the garda station, he said his clothes were taken from him and his fingerprints were taken.

“They kept asking the same questions over and over again and I said no, this has not a thing to do with me. I told them exactly where I was walking, the clothes I was wearing and what I have done. I paid in the shop with a credit card so they had everything.”

It was “terrifying” when the questions were repeated and he got angry because he was telling the gardai the same thing for hours.

“I was telling the truth from the start,” he said, adding that he told the officers that “as long as you keep me in here the real killer is outside somewhere”.

The similarity in appearance between himself and a man being sought by the gardai resulted in him being identified incorrectly in a line-up.

Also, he was told that the eyes of the man they were seeking were a different colour from his, and he had decided to grow a beard during the lockdown when he became depressed, a condition for which he is still being treated.

After his release he was provided with accommodation away from his home for one night and garda security was provided for the family residence.

“I do have respect for [the guards'] work but it's still been a very difficult situation for me because I've been saying the truth from the start and I also helped them with anything I could for two days.”

Along with the trauma of his detention and questioning, he said the “media and social media” had said “really bad” and “degrading” things about him. He said “friends” he had on Facebook have threatened him and called him names.

“I'm trying to bring back my family to where they were before. I know my name should have been fully cleared by now but I still could get threats. Some people might not have heard the latest news. My name has not been cleared.”