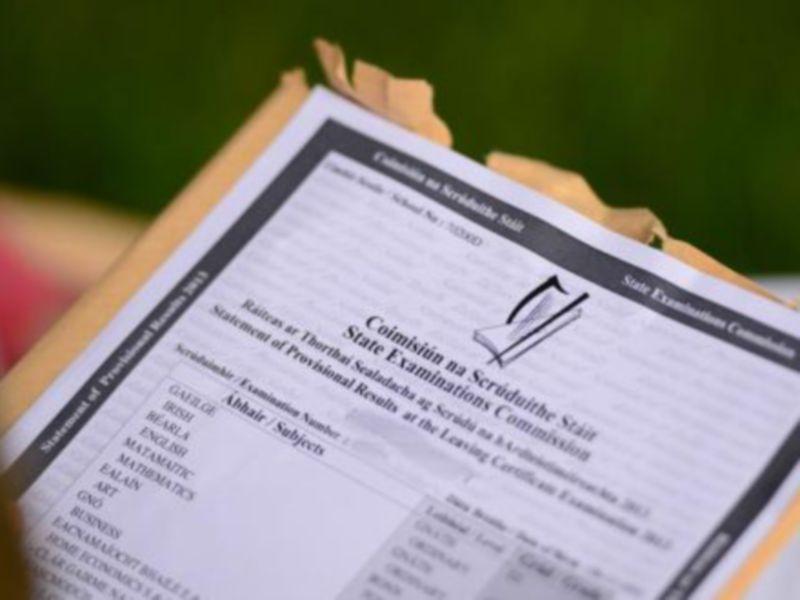 The majority of Leaving Certificate students want a hybrid State exam model this year, according to an online survey carried out by the Irish Second Level Student's Union (ISSU).

The current plan is for this year's Leaving Cert exams to return to their pre-pandemic format but 68% of students have said they want a hybrid model, as was done the past two years.

Students also voiced their concerns about absenteeism of both students and teachers in the classroom, missing classes, and the pressure the current situation is putting on their mental health.

It was announced at the beginning of the academic year, that adjustments were made in the exam papers and in curriculum to reflect the fact that this year's exam students missed school from January to the middle of March, as they were remote learning.

Taoiseach Mícheál Martin has said the option of offering a hybrid Leaving cert was not ruled out and a decision will be made by the Government in the next few weeks.

Deputy Ó Ríordáin said the engagement from students, teachers and the wider education community on this issue shows there is an opportunity to rethink the old examination system for future generations.

“I am calling on the Minister and Department to hear the concerns of students and commence preparations for a hybrid state examination model for 2022. We in the Labour Party have been campaigning on this issue for over a month and have received an overwhelming response from exam students.

“These students have experienced a huge amount of disruption over the last two years, with rolling school closures and huge changes in how they are taught how they learn. The loss of in person teaching in fifth year combined with the interruptions since September due to teachers not being available and the impact of substitutions has had an effect that cannot be ignored.

“It’s clear that there’s huge engagement from the wider education community on this issue, with many pointing to the successful roll out of the hybrid leaving cert in 2021 by the Department. We’ve done it before and we can do it again. It would be wrong-headed for the Minister to go back to ‘normal’ given that the education experience for students is still being negatively impacted by the pandemic.

“Until a clear decision is made, this issue will rumble on and on. The Labour Party is committed to keeping the pressure on the Minister on behalf of students and bringing certainty sooner rather than later. None of us want to be in this position, but it is only fair to give students clarity now, and ensure that for the next few months there is a defined path in place for Leaving Cert students.

“We continue to hear anecdotal evidence from higher education institutions that this year’s first years are performing much better than had been anticipated, given their experience of home studying. Institutions are highlighting the fundamental resilience of our young people to adapt to new ways of learning and engaging with material. In light of this, it’s time to have a conversation about our education system and reform how we assess our students.

“We need an education system that works for our young people; one that develops skills and pathways to a range of options for graduates from apprentices to PLCs to university. We must be guided by our young people in this process.”