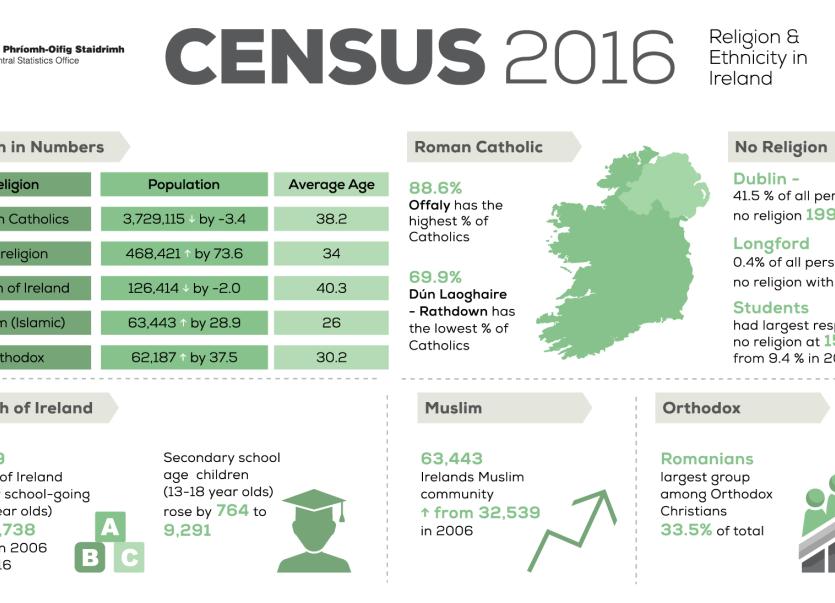 Census figures just released show there was a fall of over 7,000 in the number of Catholics in Donegal, while the number of people ascribing to no religion has increased by just over 3,000 people.

Catholicism remains the predominant religion, accounting for 81.9% (130,317) of Donegal’s population
in April 2016. However, this was down from 137,639 persons five years previously. The average age
of Catholics in the county was 38.4 years, just below the average age of 38.5 years for the county’s
overall population.

In 2011, there 5,161 people with no religion in the county which equated to 3.2% of Donegal’s population. By 2016, this had increased to 8,172 people comprising 5.1% of the county’s population. The information comes from the CSO in a profile on Irish Travellers, Ethnicity and Religion.

The figures also  shows there were 588 Irish Travellers enumerated in County Donegal in April 2016 which is a fall of almost 19 per cent from figures enumerated in 2011.

Below is a summary of some of the headline results from Census 2016 for County Donegal, together with
comparisons for Ulster (part) and the State as a whole: 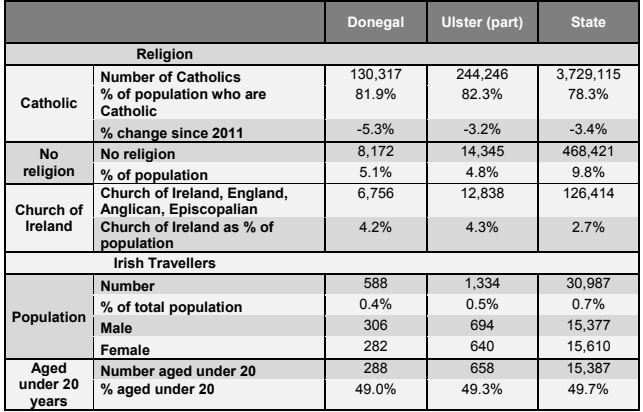