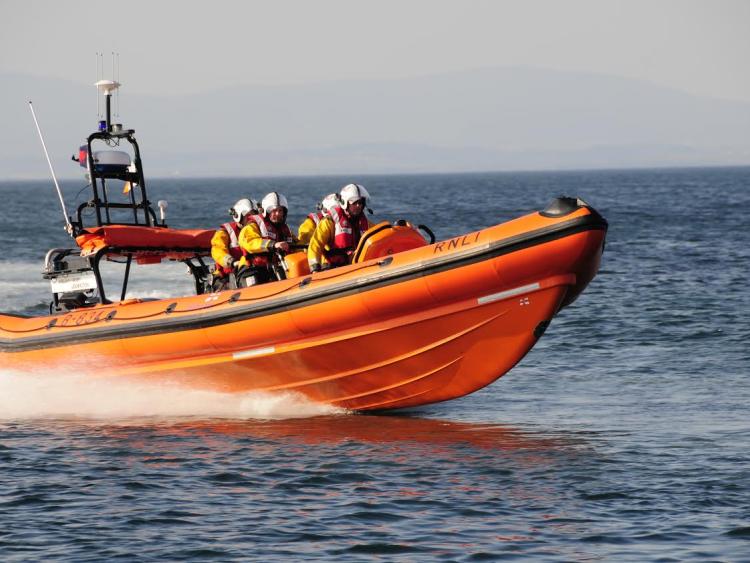 Bundoran RNLI volunteers launched their inshore lifeboat this afternoon (Friday) after a concerned crew member spotted an upturned kayak just off the shore at Nuns Pool.

Crew member, Fergal Muller, was at the cliffs on Bundoran’s West End when he raised the alarm at 2.50pm.

The lifeboat was launched five minutes later with helm Brian Gillespie and three crew members onboard.

Weather conditions at the time were described as fair with a northerly Force 4-5 wind and a slight 2-3m sea swell.

Once on scene the crew recovered the kayak and began a 25-minute search for any occupants.

During the search, word came to Bundoran Lifeboat Station that the occupant had been brought to shore by fellow kayakers while the kayak had been carried out to sea in a rip current. The lifeboat was subsequently stood down.

Speaking following the call out, Captain Tony McGowan, Bundoran RNLI Lifeboat operations manager said: "We are delighted that no one was in any immediate danger this afternoon and that the group of kayakers had made their way safely to shore. I would like to commend Fergal for his quick thinking in raising the alarm when he observed the capsized kayak and praise the crew for what was a swift response.

"We would remind anyone planning a trip to sea regardless of their activity, to always respect the water. Always wear a life jacket, always carry a means of communication and should you get into difficulty call 999 or 112 and ask for the Coast Guard. We would also appeal to everyone to remember that should you for any reason need to leave or abandon your vessel, to please report it as missing to the Coast Guard once you have safely made it to shore," he said.