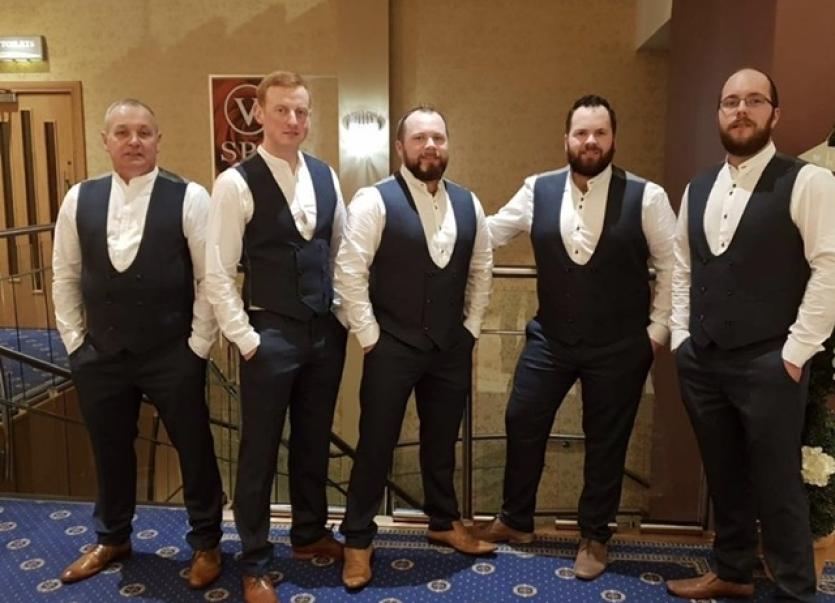 Local Donegal Band, the Rockhill Ramblers have been nominated for the Irish wedding Awards 2020 which take place on Monday.
They told DonegalLive.ie: "Firstly as a band we would like to say we are honoured to have been nominated for best wedding entertainment in Ulster.
"We thoroughly enjoy performing on stage for our couples on their special day. We strive to provide a service of the highest standard from the moment of the first enquiry to the end of our setlist on the night. "We always create an upbeat atmosphere ensuring each wedding is definitely one to be remembered."
The band was founded in 2009 by the three Meehan brothers Darren (Guitar & Vocals), Declan (Banjo, Mandolin &Vocals), Pauric (Accordion & Vocals).
The Meehan brothers are from Rockhill, near Ballintra in the south of the county.
Playing pubs, shows and festivals in the South Donegal area they were joined by Patrick Meehan (Drums) in 2010 and Matthew Diver (Bass Guitar) in 2011.
Later the Ramblers grew from strength to strength showcasing an energetic performance playing covers with their own twist and adding a few originals into their lively set.
In 2012 they partnered with SM Entertainments, providing a wedding entertainment package from church music, drinks reception, live band experience, finishing the night with a DJ set.
They exploded onto the wedding scene playing throughout the north west in pubs, clubs and festivals. Rockhill Ramblers becoming a steady favourite on the wedding scene.
Rockhill Ramblers play anything from The Dubliners to Mark McCabe, AC/DC to The Saw Doctors and some new age trad.
Previous gigs saw them supporting the Saw Doctors and Nathen Carter at Donegal Live/Summer Featival.
2012, the Donegal GAA All Ireland winners homecoming with Daniel O’Donnel, Tory Gallagher and Mickey Joe Harte,
Mary from Dungloe Festival,
Ballyshannon Folk and Traditional Music Festival and Pulse Live Letterkenny.
they've had overseas trips to Geneva, Switzerland with the Geneva Irish Association.
In 2018 the departure of Matthew Diver Rockhill Ramblers saw the welcome of Michael Boyle (Bass Guitar and Vocals).
They continue to strive upwards with a nomination for the Best Wedding Entertainment in Ulster at the 2020 Irish Wedding Awards, a black tie event in the Crowne Plaza, in Dublin on Monday 20th January.