New map of Lifford to be launched tomorrow

Unveiling ceremony at 11am 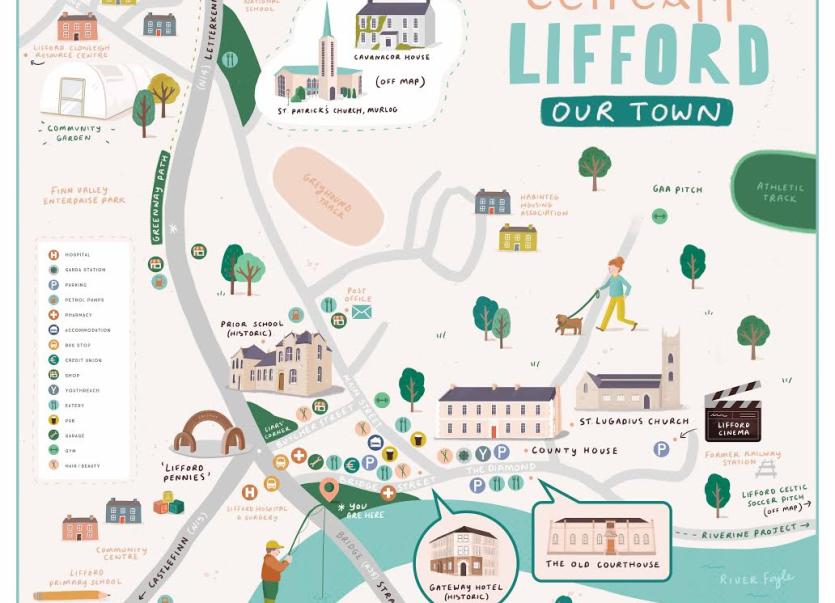 A new street map of Lifford which was designed in consultation with members of Lifford Tidy Towns Committee, is to be unveiled tomorrow, Friday.

It has been made possible thanks to funding from the Lifford Credit Union who are celebrating their 50th anniversary by funding several projects in their area.

The new map will be unveiled at 11am on the Green area close to the bridge adjacent to McCauley's Restaurant.

The event will be attended by local public and community representatives as well as children from the nearly schools.

Lifford is the county town of County Donegal, Ireland. It is the administrative capital of the county and the seat of Donegal County Council, although the town of Letterkenny is often mistaken for fulfilling this role.

Light refreshments served afterwards in the Courthouse in the Diamond.