Season begins on the Finn: No joy however but Sliabh Liag whiskey went down well 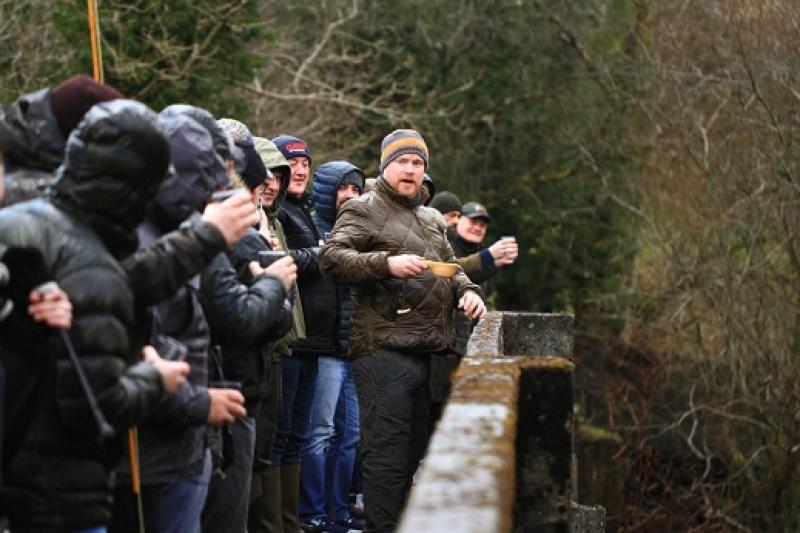 A unique tradition to mark the opening of the Atlantic salmon season on the River Finn brought anglers from near and far to these pristine waters last Sunday.

The Finn and its tributary the Reelin are probably the most prolific salmon and grilse rivers in the Donegal/Foyle catchment. From the confluence of the Reelin and Finn just above the Ivy Bridge, outside Brockagh, there is excellent spate fly fishing water. 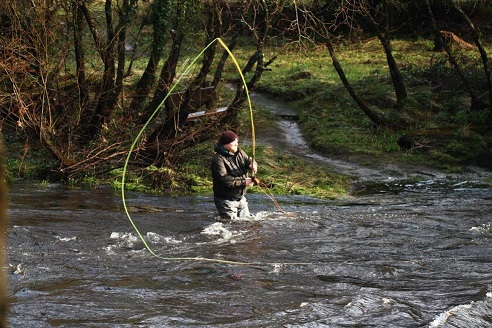 One of the anglers in action last Sunday

"We had a good turnout as conditions didn’t allow much fishing to be had, but it’s always good to get together and reflect on the season passed and look forward to the fishing to come after the winter.

"This year I felt particularly proud to be piped to the waterside by my nephew, Thomas Winters," he said.
The ceremony celebrates the opening of the Atlantic salmon fishing on the Finn river, the earliest on the Foyle system. 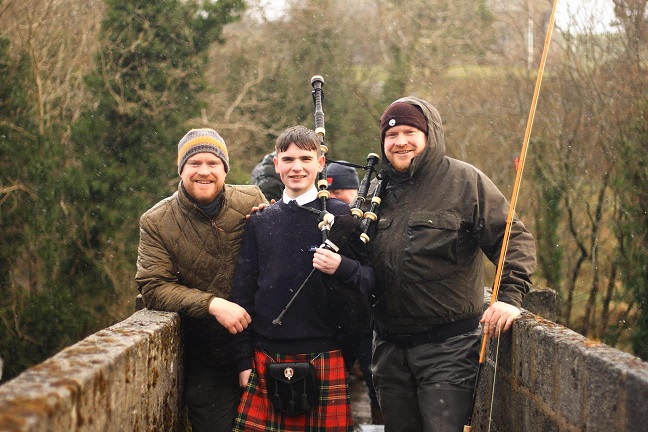 "We leave the Glenmore Lodge and make our way to the footbridge below Glenfinn church, where we are piped to the river before a toast to the salmon season ahead."

Since the 2016 opening, Whiskey distilled by the Sliabh Liag distillers, Silkie has been used for the toast. James Moira Doherty and the Silkie distiller have sponsored the whiskey each year as well as offering a presentation bottle for the lucky angler who lands the first salmon of the year. 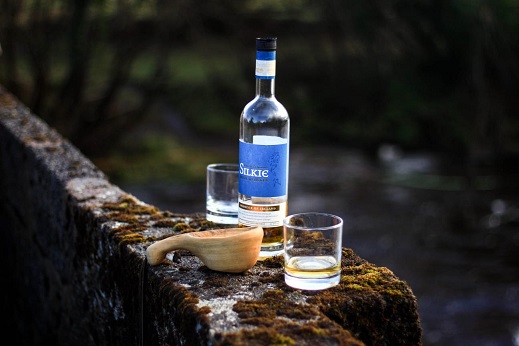 The Silkie Whiskey from the Sliabh Liag Distillers

There are also a range of prizes up for grabs for the angler, including vouchers for Benny and Co., Ballybofey the Hatter Tea Room, Stranorlar and Harkins Bar, Brockagh as well as B&B for two at the lodge. Basically it’s a night away for two enjoying some of the best Ballybofey and Glenfinn have to offer.

"We also have been kindly given a rod by Donegal based rod company Speynergy, with a 13ft salmon rod from their range of rods. It’s designed and made by Michael Rebholz, creator of the Speynergy brand as well as Donegal fly casting.

“Finally, we have a beautifully hand crafted leather and sheep skin fly wallet, embodied with our Glenmore Rivers logo, made by regular English visiting angler Matt Fothergill, with a selection of salmon flies by local Irish flytier, Geoff Hamilton, which together make this an excellent prize for the lucky angler who catches that elusive first springer here with us at Glenmore.” 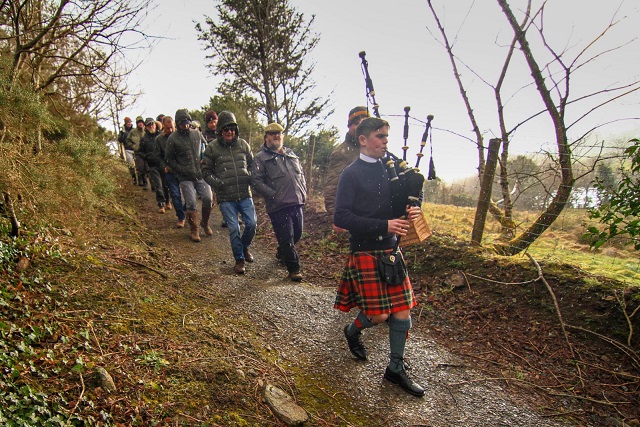 They had no fish on Glenmore Rivers on opening day, However there was success for veteran angler, Frankie Elliot of Strabane, who landed a sea liced fish of around 9/10lb on the Killygordon fishery.
So the prizes are still up for grabs. For updates on the fishing you can follow Glenmore Rivers on Facebook. They give daily reports on conditions and catches.
Permits are available at the Lodge.

They have a mixture of two private beats and a large amount of what they call open water, which is not limited for rods like the beats.
Fishing is completely catch and release.
Here's the prices for water under their control:
Day Ticket (open water)
March - April €35
May - Sept €50
Season €240
Ivy Bridge beat (half day)
March €35
April €45
May - Sept €60
Annick beat (half day)
May €35
June - Sept €45
(Half day 8am-2pm, 2pm-dark)

The beats are rotated with the other estate on the river. They have ivy beat Tuesday, Thursday, Saturday.
They have Annick Monday, Wednesday and Friday. The beats access is shared on Sunday.
A Loughs Agency license is required to fish on the Foyle:
Season €23.50
14day €11.50
3day €5.00

Or if you have a full DEARA or Irish license you can have it endorsed for €1.50.