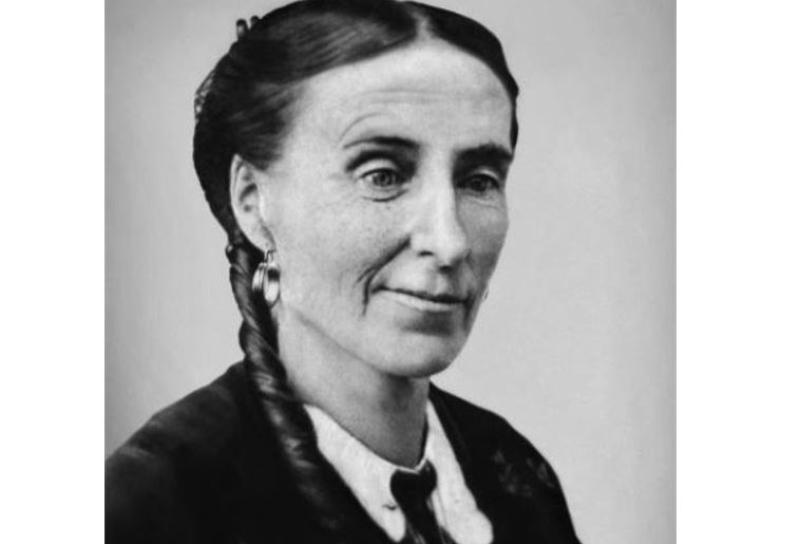 The towns of Ballybofey and Stranorlar are to honour one of its most famous daughters this year.

Interest in her work and life has been growing steadily and indeed a number of short years ago the local Stranorlar Town Action Group (STAG) erected a bronze statue in her honour when it developed ‘The Pound’ amenity park at the edge of town.

The bicentenary of her birth was also marked in 2016.
But just who was Frances Browne?

She was born in Stranorlar on January 16, 1816 the seventh child in a family of 12 children. Her father was the first postmaster in the town of Stranorlar, Samuel Browne.

He was also the local emigration agent for some of the
shipping lines to Australia and America.
She was blind from infancy as a consequence of an attack of smallpox when she was only 18 months old.

She published a complete volume of poems in 1844, and a second volume in 1847. The provincial newspapers, especially the Belfast-based Northern Whig reprinted many of her poems and she became widely known as: The Blind Poetess of Ulster.

In 1845 she made her first contribution to the popular magazine Chamber's Journal and she wrote for this journal for the next 25 years.

The first short story that she had published in the Journal was entitled, The Lost New Year's Gift.

It appeared in March 1845 and tells the tragic tale of a poor dressmaker in London. It displays Frances Browne's fine abilities as a storyteller.

She also contributed many short stories to magazines that had a largely female readership. For example, in the 1850s she made a number of contributions to the Ladies Companion, a magazine read by many well-to-do women of the Victorian era.

Stories contributed to this magazine included the very amusing Mrs Sloper's Swan and an eerie tale set in Co Fermanagh called The Botheration of Ballymore.

In 1847, she left Donegal for Edinburgh with one of her sisters as her reader and amanuensis. She quickly established herself in literary circles, and wrote essays, reviews, stories, and poems, in spite of health problems.

In 1852, she moved to London, where she wrote her first novel, My Share of the World (1861). Her most famous work, Granny's Wonderful Chair, was published in 1856 and it is still in print to this day.

It is a richly imaginative book of fairy stories and has been translated into many languages. It was also in 1856 that her third volume of poetry appeared, Pictures and Songs of Home.

It is a slim volume of poems directed at very young children
and contains beautiful illustrations. As the title suggests the poems focus on her childhood experiences in County Donegal and they are very evocative of the Donegal countryside.

After her move to London she wrote for the Religious Tract Society making many contributions to their periodicals The Leisure Hour and The Sunday at Home.

One of these was 1776: a tale of the American War of Independence which was printed in The Leisure Hour on the centenary of that event in 1876.

As well as describing some of the revolutionary events it is also a touching love story and is beautifully illustrated.
Her last piece of writing was a poem called ‘The Children's Day’ which appeared in ‘The Sunday at Home’ in 1879.

This upcoming event, which has been scheduled for October 7-9 is due to feature an interesting programme of events including readings, workshops, exhibitions and discussions across a broad range of subjects with local and international writers taking part.

It is understood there will be a competition entitled The Frances Browne Multilingual Poetry Competition, a National Schools programme and Victorian street games to capture the essence of the times Fracnes Browne lived through.

It is hoped the event will also feature Irish and Ulster Scots literature.

More details are due to be released in the coming weeks.