A native of Fermoy in Cork, Jimmy was a former member of the Defence Forces 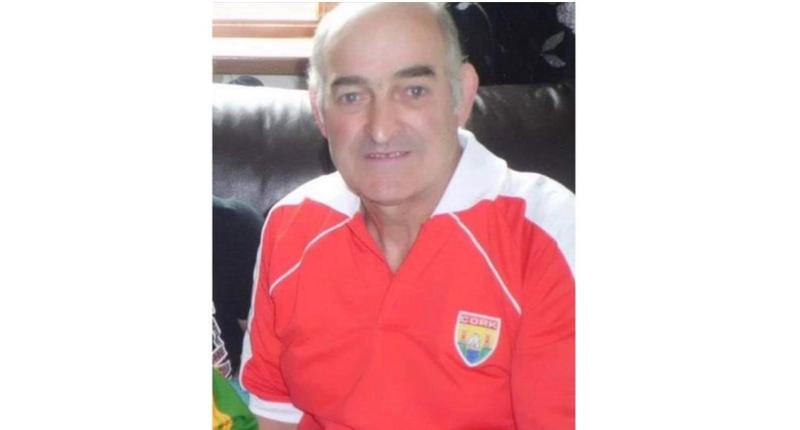 Fare thee eternally well, gentle Jimmy Mahon, for you were, and will always be much loved.
And the gates of heaven will surely be flung open for this great soldier of Ireland who wore the famous Glen Garry cap of the 1st Motor Squadron from Cork with distinction, when he was young and truly invincible.
Jimmy was the guy with all the quiet graces and the ultimate gentleman.
He was a tall, handsome and most gentle of men.
When he walked into the Army canteen in full cavalry dress in Finner in the early 1970s he looked like he had just stepped off a movie set.
Heads turned as he had presence, gravitas and grace -a big strong man, a witty man with those piercing deep brown eyes, with a tender heart and that lilting brogue of the boy who came from Fermoy in Rebel Cork.
He was a marksman with a rifle and especially with a dart and was a legend of the arrows all over the north- west.
But Jimmy also had the patient eye of the fisherman, and it was a lovely touch that his large funeral cortege took a trip down the Mall Quay - a last goodbye to the Erne before they brought Jimmy to his heavenly home in Abbey Assaroe on the edge of the western world.
Ever humble, he probably never really knew just how special he was to Esther and his loving family, but they always knew that he always held them close to his big heart.
Jimmy married Esther Kerrigan in 1972 and they lived in St Benildus Avenue initially before moving to Ernedale Heights.
When he left Óglaigh na hÉireann he worked for Patton Joinery for many years and was a skilled craftsman who could make almost anything from those gifted hands.
He travelled all over the north west and was highly respected by all who knew him as he was someone you would not be likely to forget.
Nor were the men who throw arrows on long winter nights.
For Jimmy was one of the very best in the region, a real player who never knew the meaning of defeat until the final dart thudded into the board and he was equally gracious in victory or defeat.
But his family was truly everything to this gentlest of giants.
Nothing was too much for them, as a father and grandfather and took quiet pride in all their achievement. He was a warm, consoling and comforting presence when they wanted guidance.
In sunshine and shadow, for better or worse this most remarkable of men never wavered.
He had a great, beautiful, enquiring listening mind, that never judged even though he was most intelligent and could sum up or read a situation in a heartbeat.
His family were everything to him and he made sure that he would give them everything he humanly could in this life.
They all have their own precious memories of a great husband, father and grandfather who had the soul of a seanchaí as well, as the stories tumbled out on winter nights in the mellow musical tones of his native Cork.
In death he left quietly no fuss, but he left a great legacy in the wit and laughter of his beloved children and grandchildren.
For in life, no matter who or what we are, all that will be left will be our memories.
And Jimmy Mahon from Fermoy made some golden memories that will sing forever in the hearts of his own.
Sleep in heavenly peace Jimmy Mahon for you were and will always be much loved.
Jimmy is survived by his wife Esther, Juliette (daughter), Jim (son), Tyler (grandson), granddaughters, Maurice and Amanda, brothers and sisters, Margaret, Tony, Alfie, Catherine, Gerry, Iris, Charles and Michael, predeceased by his brothers Noel and John and by his parents Charlie and Julie.
- Gerry McLaughlin