Quigley: From mornings he ‘didn’t want to pull the curtains' to loving life

Jason Quigley is at a crossroads in regards his boxing career but not in life, having overcome mental struggles he feels he is in a good place to decide on his future - whichever way he decides to go 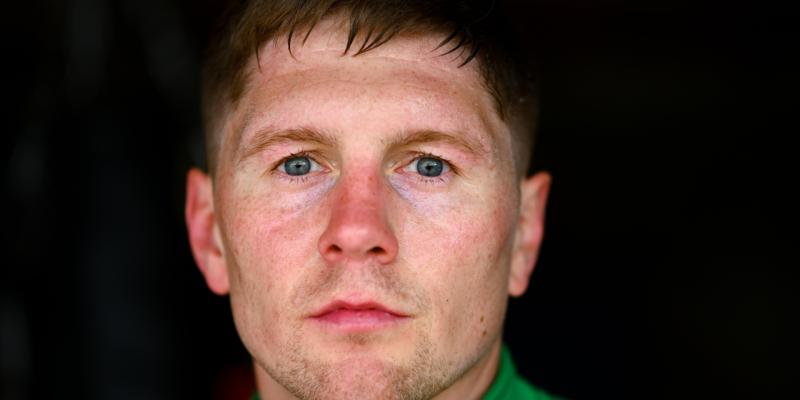 For someone who went from being a child living with teenage parents crammed into a one-bedroomed flat above a bookmakers to boxing for a world title with the eyes of sport on him, Jason Quigley knows what a journey is.

Few boxers are born with the silver spoon and Quigley knows from those early days in the Diamond in Donegal town that things might not have been perfect, but he’d not swap them for the world. It’s part of who he was and who he is.

Quigley’s career journey was one of sharp, incremental ascent, although, as he freely admits, not without the occasional dip and trough. Now, he is at the crossroads again, although whatever decision he comes to - whether to get back into the ring or to quit boxing altogether - you feel it will be one he will be content with. 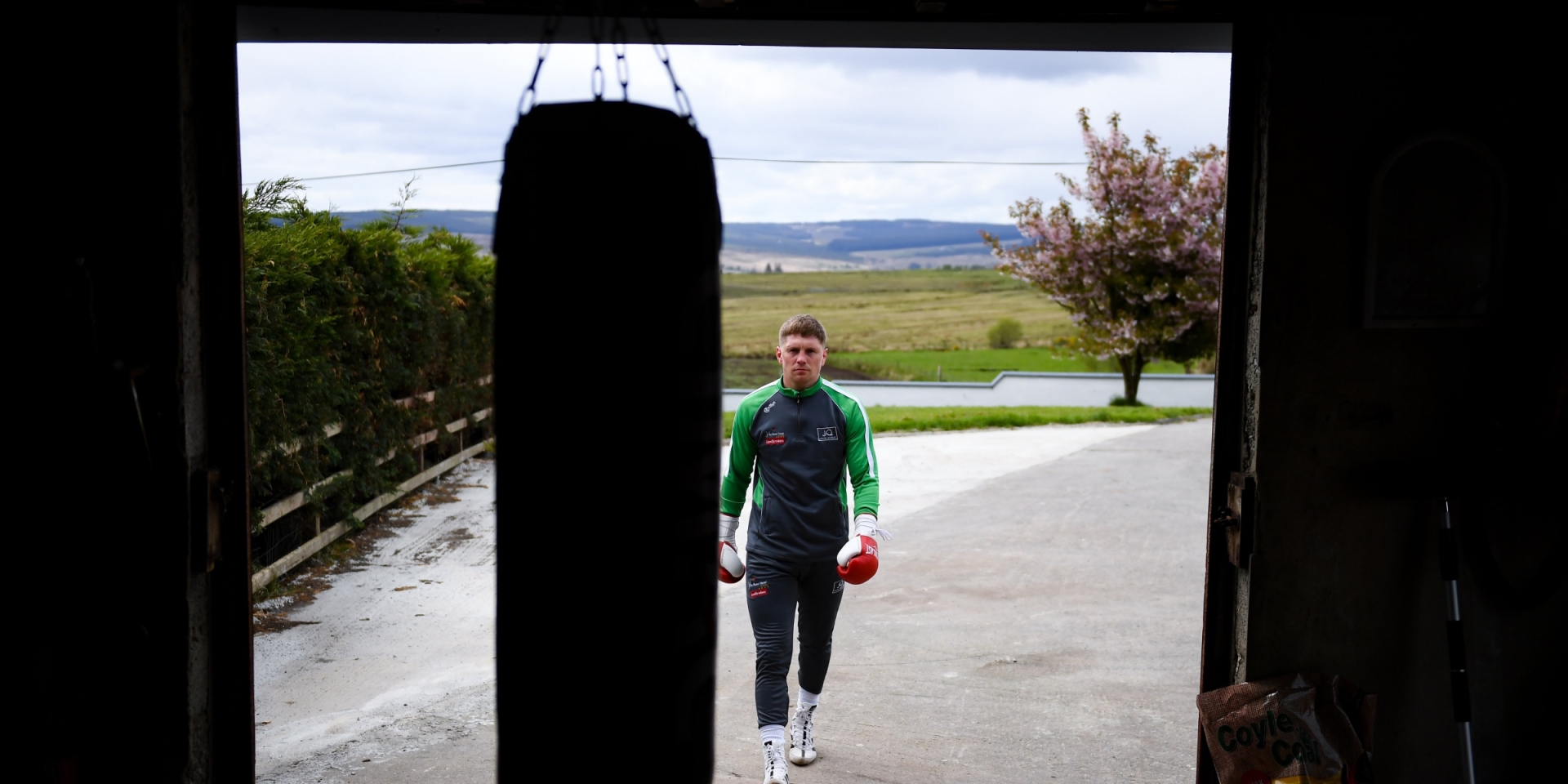 “People know me as Jason Quigley the boxer. Like if I quit, what would they know me as then?,” he laughs with a semi-inquisitive shrug of the shoulders. “Do I even have an identity any more?

“This, if I go for it, will be the last chapter of my career. But I have to do the right thing. It’s not just about me anymore, it’s about family and those around me.”

It’s inaccurate to suggest the now 30-year-old’s walk through life was in correlation with his progression up boxing’s ladder. In something of a paradox, they were actually the opposite.

When he first moved to Marina Del Rey in Los Angeles in 2014 as a professional boxer out of Oscar De La Hoya’s Golden Boys Promotions, the sunlight would slice through the curtains each morning but Quigley now admits he was in a dark place.

“I woke up and didn’t want to pull the curtains,” he says. “It was dark, hard and difficult. It was something I carried from younger life - I was anxious and worried about things I couldn’t even control, stuff that might never happen. In my head I had built the perfect house; in reality there were no foundations under it.

“Those were the hardest days of my life. Sitting in that apartment on my own, bad things going on in my head. But it made me start dealing with things. Yes, I treated people not overly nice. I put my hands up - ‘Jason, you weren’t the nicest person,’ then I started to rebuild. Treat people the way you want to be treated.”

Quigley lived on and off for 18 months in Dublin with psychologist Gerry Hussey – the pair had worked together during Quigley’s amateur career and the corner began being turned. 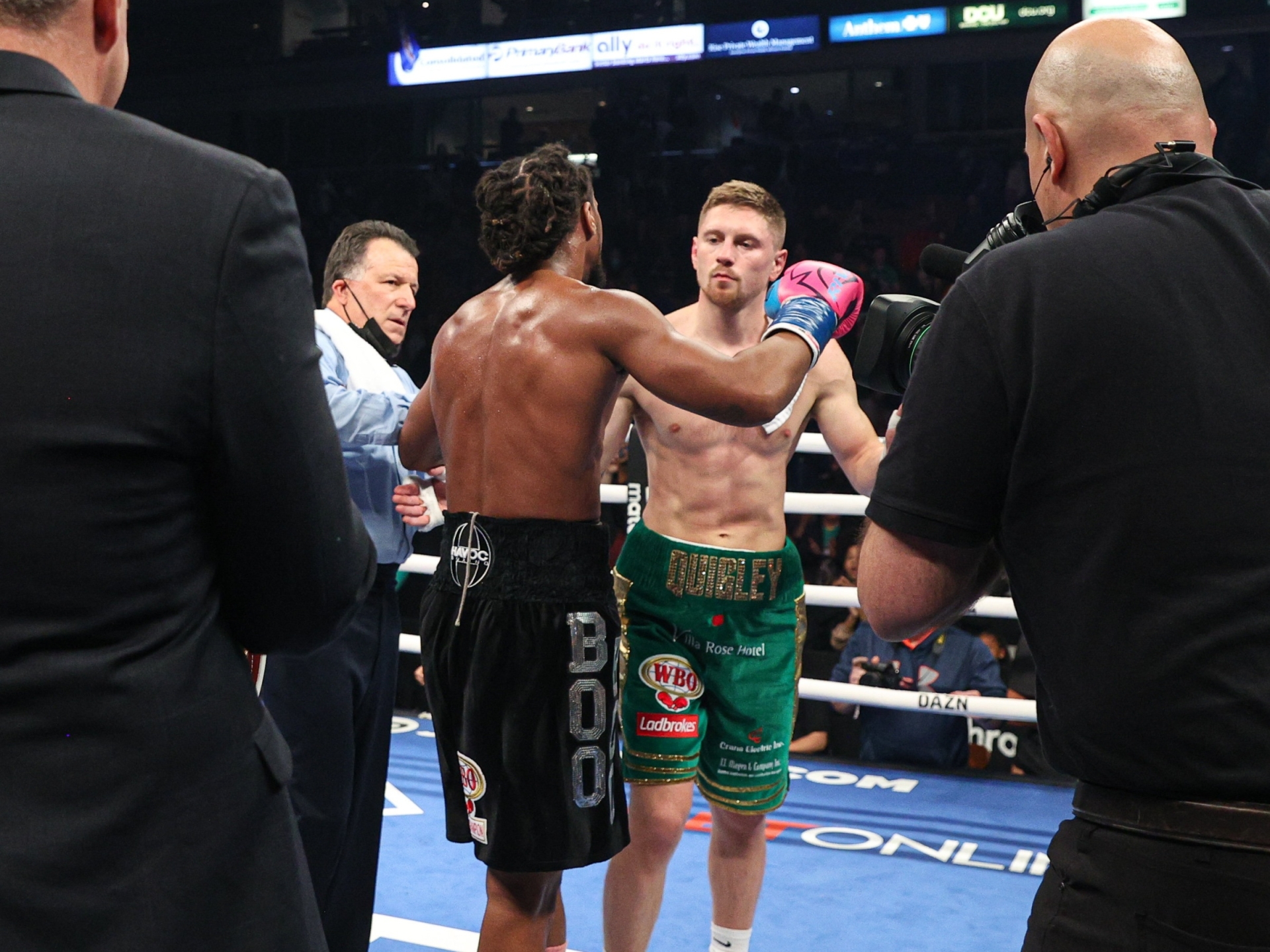 Just over three months ago Quigley was stopped by WBO World Middleweight champion Demetrius Andrade in the second round of their world title bout, without so much as “getting his teeth” into the fight, having broken his jaw in the first round.

“The hardest part to take away was the fact that everything I have worked on my whole life, whole career, was to get to that moment and for it to be taken away from you in less than six minutes …,” Quigley says.

“I didn’t get to get my teeth into that fight, I didn't get to grab that fight with my hands. I didn’t know that my jaw was broken. I knew something was badly wrong. I was mentally and physically there. The type of person I am, I knew that if I was ready to go or if the ref was ready to step in, then I’d try the Hail Mary and try and knock him clean out.

“I was well-aware of the gameplan and what we had planned. I tried to get back to that but he was just relentless in his pressure and the attacks and shots were just coming from everywhere. He isn’t your typical one-dimensional boxer. Without a doubt it was hurtful not being able to come away and give it your all having shown your own worth.”

Quigley has been at the crossroads of his career before. In July 2019, he was undefeated and expected to win his 19th professional bout on the bounce with whatever storm 35-year-old Tureano Johnson blew his way at the Fantasy Springs Resort and Casino in Indio. A decent Quigley start proved a false dawn, with Johnson winning comfortably. 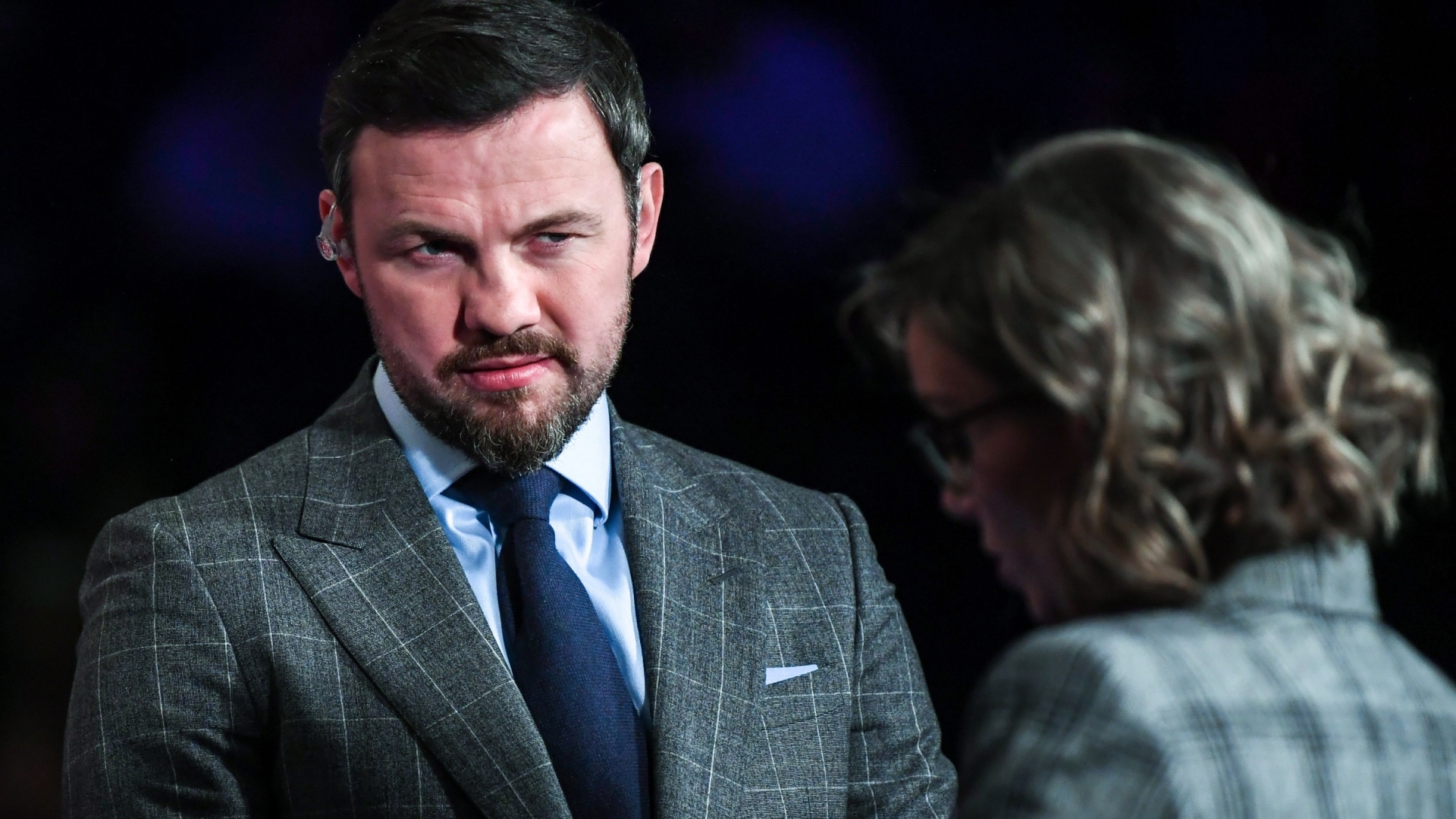 Quigley and Andy Lee, once holder of the WBO middleweight title, had struck a chord with one another. At Jason’s mother Murial Quigley’s house, in Ballybofey, there’s an old photograph of the two together - with Jason’s age barely in double-digits, with his father Conor. After Johnson, Lee would play a more active role in Quigley’s career.

An appointment against Shane Mosley Jr was considered by some outside of the camp to be make-or-break. With the world pausing with coronavirus, Quigley had time for contemplation.

When things finally began to turn, it was one complication after the next - the bout was scheduled three times in all, one of the postponements due to Quigley contracting the virus himself, visa problems and exemptions required, visas out of date.

Eventually, almost exhausted mentally, the team touched down in Nevada. To pun one from boxing, he’d have been forgiven for throwing in the towel. However, his diligence and performance in the ring, overcoming Mosley in a contest of inches, to capture the WBO-NABO middleweight belt with a majority 97-93, 96-94, 95-95 win, saw him drop to his knees in tears just as the scorecards were read out and referee Raul Caiz Jr. It was an avalanche of emotions. 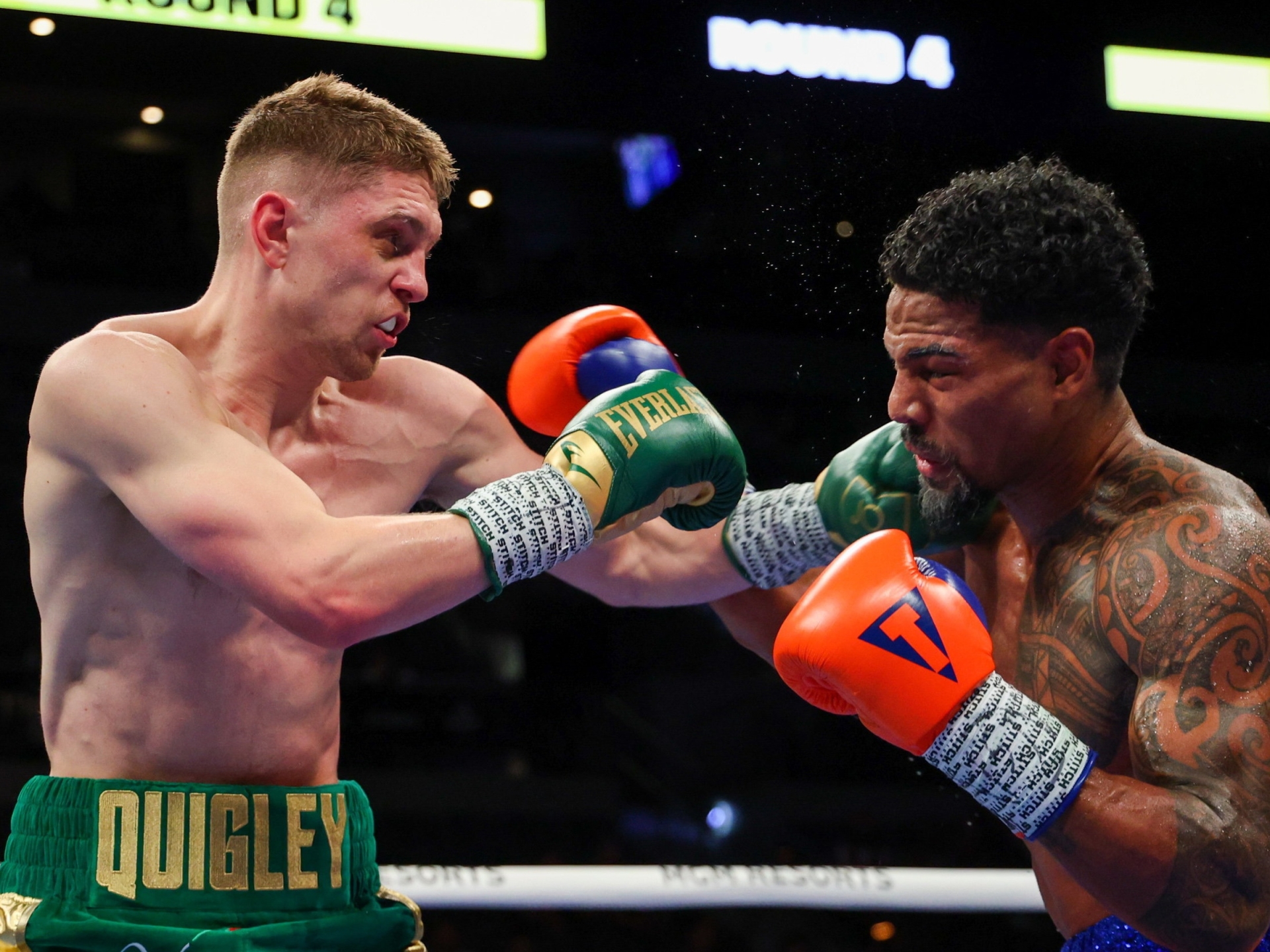 “Even getting to Vegas, never mind the fight ..,” Quigley says. “One minute the fight was on, then it was off. Is this even going to happen? So many doubts, complications. Knock for knock after knock. When we finally get the exemption, then we’re told the visas are out of date. Are you f*cking serious? There was such frustration. It was a nightmare.

“When we finally got there, two or three days late, body clock all over the place, I didn’t care. I told myself once I touched down this is it. Get to the Mandalay Bay, get into that ring and take care of business. Everything that you saw when I got the decision was sheer relief.”

Visa complications meant Lee wasn’t in the country to take his place in Quigley’s corner against Mosley and he wasn’t in New Hampshire for the same reason. Now, with Quigley unsure of his future, one thing for certain is that if he does step back through the ropes, he’ll have Lee by his side.

“Me and Andy have a great relationship,” he says of Lee. “There’s a great connection there. It was very frustrating and very disappointing that he didn’t get into the country the last two fights. It was difficult. Did it affect me? Yes, it did. I was too close to the fight to let it bother me. I had a job to take care of and that’s the mode I put myself into.”

Quigley enjoys the highs and speaks candidly about his lows in life, feeling it's a tonic he learned that helped him cope better with what’s going on around him and what’s going on inside his head. He admits he will soon face making the hardest decision of his life.

“It’s definitely a love-hate relationship at the minute,” he adds. “One minute you’re fighting for a world title and everything is going amazing then the next thing you’re in the hospital. The fight didn’t go the way you wanted it and you’re in an ambulance with your fiancé (April) with you. It’s just something you don’t want to put them through either.” 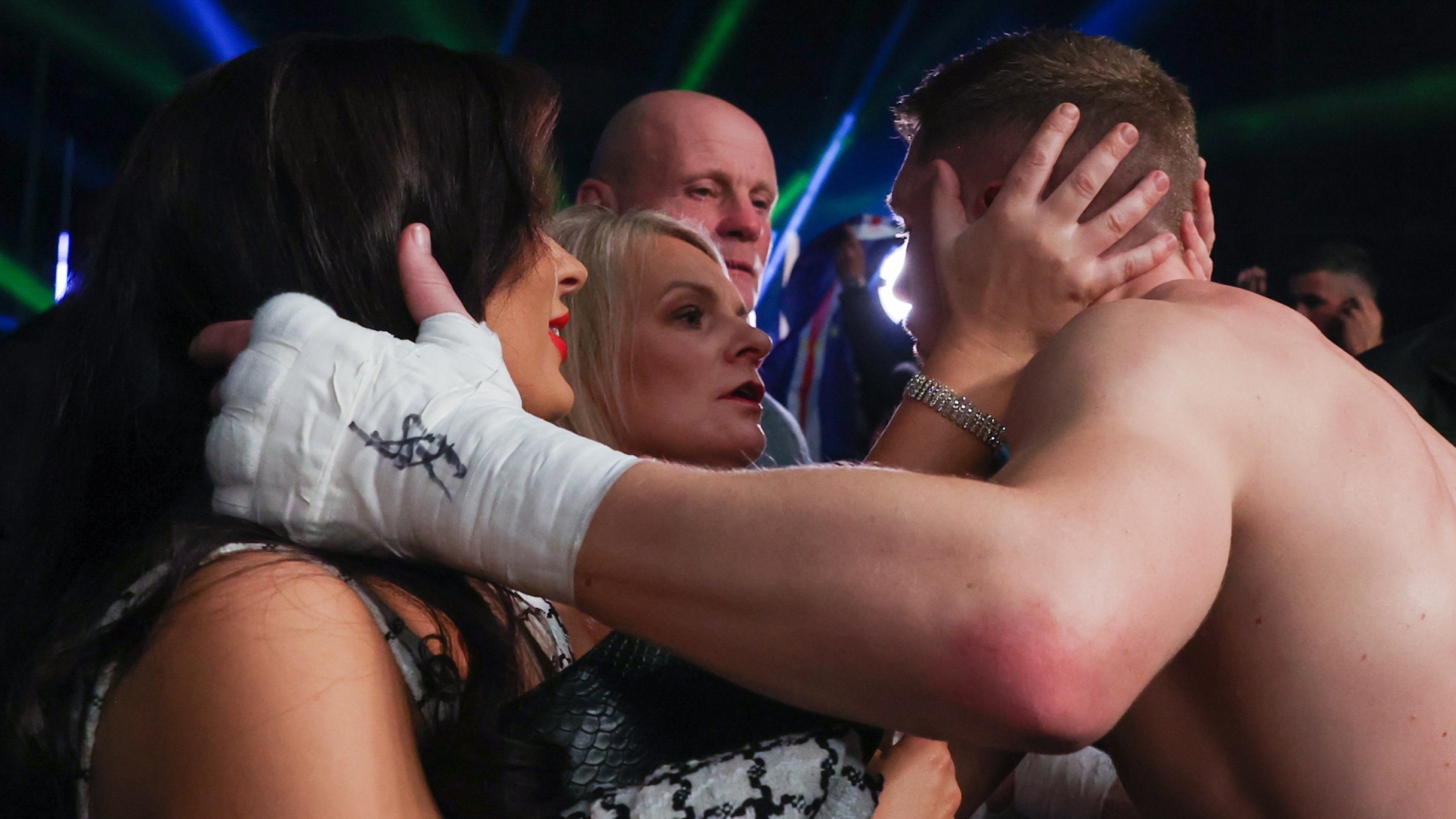 Yet, even though that New Hampshire night still rumbles through his head, Quigley is happier now than he ever was. He has developed as a person, he feels, from a boy who hid under the duvet to a man who bounces out of bed.

“How you deal with the lows, it’s what guides you in later life,” Quigley says. “That’s what I’ve learned. I’ve a balance in life and for me, it’s the biggest achievement in my life. I’m enjoying life, the structure, the routine and the good people around me. The person here is happy and that wasn’t always the case. I want to talk to people who might have felt like I did. I want to help people to have that bright sunny day.

“Whatever comes at me now, whether in career or in personal life, I’m confident that whatever decision I make, will be the right one.”