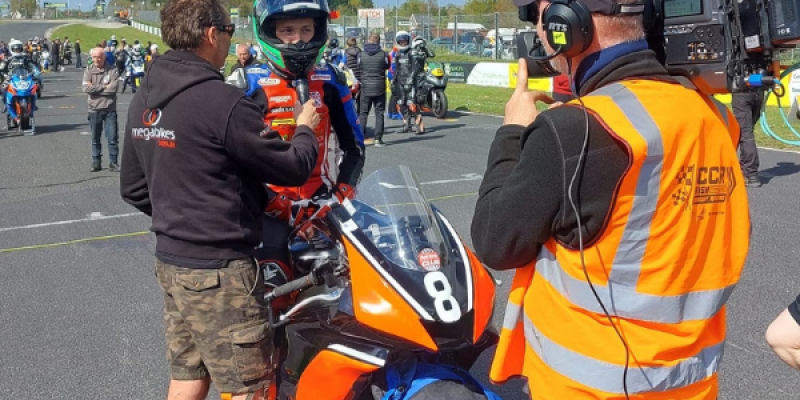 Caolán Irwin competed this week in the Premier Supersport 600 Championship of the Irish Master's Championship at Mondello Park.

The Kilmacrennan man was unable to do the pre-race testing on Friday due to work commitments and he arrived to Mondello going straight into qualifying on Saturday morning.

Qualifying on the front row of the grid Irwin delighted the home fans with three wins in his three Championship races.

"I just love competing at home in Mondello at the Irish Masters,” Irwin said.

“It’s one of my favourite tracks. I don't get to compete here very often because of my UK race schedule. The weekend's racing was just so well organised I loved every minute.

“A huge thanks to my sponsors Principle Insurance, Mondello Supporters Club, Noel Fox, Sheila and Terry Logan and James Gallagher Northwest Customs who made this weekend possible.

The Irwin brothers, Caolán and Rhys, will travel to Oulton Park next week for Round 2 of the British Superbike Championship.