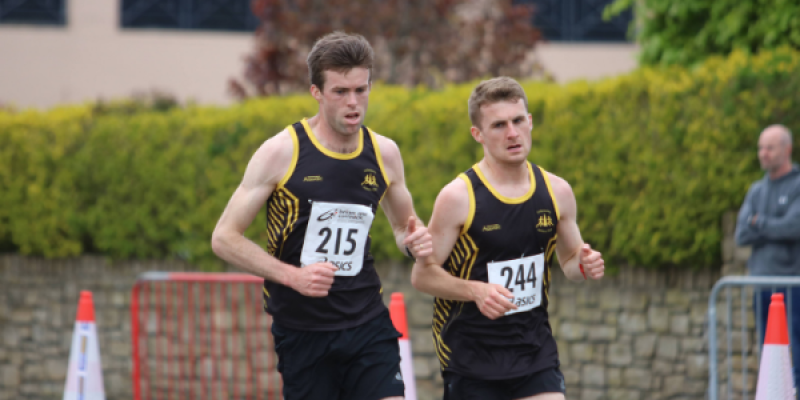 The annual event has moved from its traditional Sunday slot and this year, the Donegal Person of the Year, Noel Cunningham acted as the official starter with 757 people toeing the line.

Letterkenny AC’s Mark Grennan was the overall winner. The County Meath man finished in a time of 33 minutes.

“It was hard, but it was a good race,” Grennan said. “It was really tough. It was very competitive up front there.

“I got a bit lucky at the end there. I put in a kick at the right time. I tried to hang on as long as I could. On another day, Eoin could have taken me.”

The women’s race was won by Letterkenny AC’s Natasha Adams, whose time of 34:41 saw her finish in 14th overall.

“It feels good and I’m happy to get the win,” Adams said.

“I just wanted to go out at a good pace and hold it. I’m delighted.”

Maria McCambridge, the women’s record holder, was second woman home in 36:07, with Helen McCready of Rosses AC third woman in 37:05.

The Bishop of Raphoe, Alan McGuckian, a regular competitor at the Letterkenny Parkrun every weekend, completed the 10k in 56:46.

“It was great today and was tougher than usual; I’m a 5k runner,” he said.

This year the three benefitting charities are Spina Bifida and Hydrocephalus Ireland Donegal Branch, the Donegal Diabetes Parents Support Group and the No Barriers Foundation.