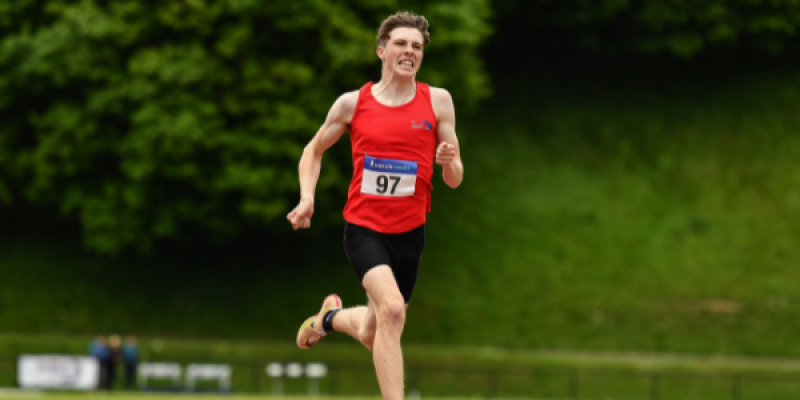 Fintan Dewhirst in action at the Mary Peter's Track.

Tir Chonaill AC were the leading Division 1 team at round one of the National League in Belfast on Sunday.

Tir Chonaill took the honours with a total of 147 points, with Finn Valley AC coming second with 98 points at the Mary Peter’s Track.

Dewhirst took the 100m hurdles in 16.55 seconds and won the 200m sprint in 22.83 seconds. Dewhirst soared over the bar at 1.70m to win the high jump event and bag precious team points. 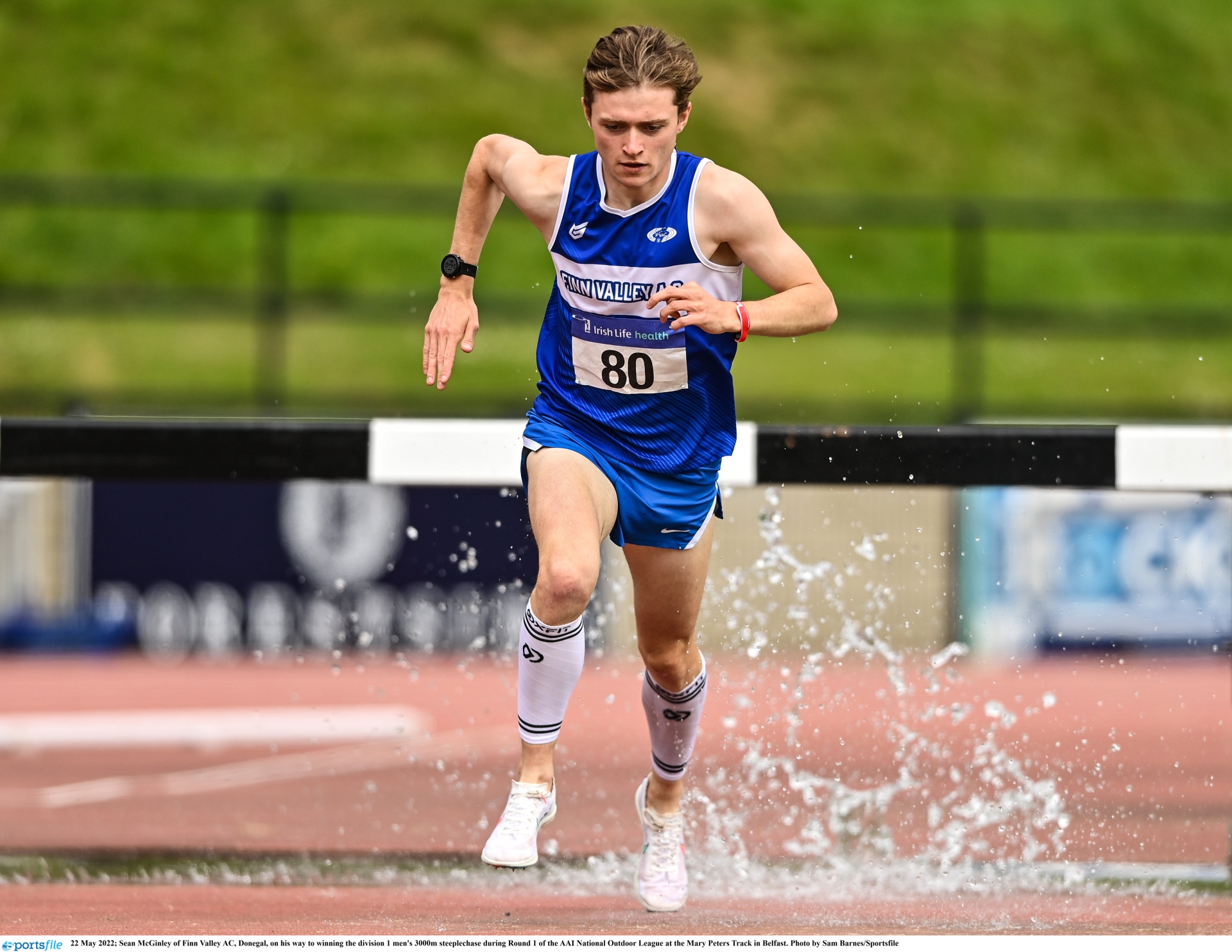 Robert Anderson three 26.55m to win the hammer from Finn Valley’s Bosco Reid (25.01m) and Anderson also led the way in the weight for distance, reaching out to 5.31m.

Fresh from winning 1000m hurdles and 400m hurdles 24 hours earlier at the Ulster Schools Championships, Lucy McGlynn won the 100m hurdles here in 14.54 seconds and took the 400m sprint in 57.32 seconds.  A throw of 23.38m obtained a second-place finish in the javelin.

McGrory teamed up with McGlynn, Alexis Campbell and Tori Murchan to finish second in the 4x100m relay while McGrory, Savannah Timoney, Siobhan Doherty and Ciara Cunningham were third in the 4x400m relay.

Lifford-Strabane AC’s Adrienne Gallen guested for Tir Chonaill and won the hammer throw, firing out to 49.79m. A 9.64m throw saw her finish second in the shot put.

Bridget McDyer won the weight for distance, throwing 6.03m and she finished fourth in the shot put with a best throw of 9.37m.

There were second place finished in the long jump and 800m for Caoimhe Browne and Cara Laverty while Sinead McConnell was third in the 1500m walk.

Jade Leeper came third in the discus and fourth in the hammer.