McGinty takes to the ring on Saturday evening at Doncaster Racecourse 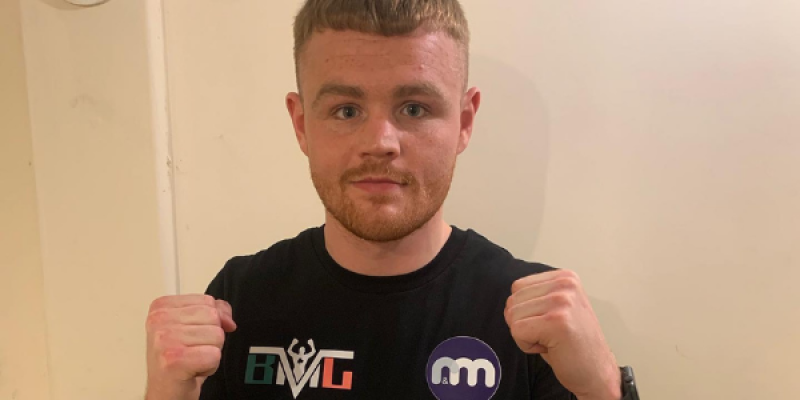 Brett McGinty is back in the ring this Saturday.

The St Johnston man (4-0, 1KO) features as part of a VIP Boxing Promotions show at the Doncaster Racecourse.

The 23-year-old will be in action in a six-round bout against a yet-to-be-named opponent.

McGinty hasn’t fought since a points win over Pavel Albrecht at the Skydome in Coventry in November.

A shoulder injury kept the 23-year-old sidelined and he had to withdraw from fight pre-Christmas, but he’s ready to shine again.

The Moville man will be back in the cage in September

“The injury knocked me back a bit, but I’m looking forward to getting back in there again,” McGinty said.

“It was frustrating to be out, but I’m peaking now for this weekend.”

McGinty made a winning debut in December 2020 against Jan Ardon and improved his record with wins over Dwain Grant, Teodor Nikolov and Albrecht.

McGinty is based in Manchester, where he works under former world champion Ricky Hatton.

He said: “Whoever it is this weekend, I’ll be ready.

“I had a couple of four-rounders there, but I’m ready to get back into six rounds now again.”